Brother AACOOLDRE : The taking of Joppa: An Egyptian literary precedent to Homer’s Wooden Trojan Horse story in The Ody

The taking of Joppa: An Egyptian literary precedent to Homer’s Wooden Trojan Horse story in The Odyssey 8:490-520

The tale is concerned with an otherwise unknown incident in the wars of Thutmosis (1479-1427). The late great Martin Bernal, (1937- 2013), wrote that some scholars have agreed that the hiding of soldiers in a wooden horse to take seize of a city has what he calls “The Egyptian literary precedent” in the taking of Joppa. See his book: Black Athena writes back p. 330. The details are not exactly the same but the theme of hiding men to take a city is. Homer wrote around 800BC so he could have heard of this story.

There was once in the time of King Men-kheper-Re a revolt of the servants of his majesty who were in Joppa; and his majesty said: "Let Djehuti go with his footmen and destroy this wicked Foe in Joppa."
And he called one of his followers, and said moreover: "Hide thou my great cane (Club), which works wonders, in the baggage of Djehuti that my power may go with him."
Now when Djehuti came near to Joppa, with all the footmen of Pharaoh, he sent unto the Foe in Joppa, and said: "Behold now his majesty, King Men-kheper-Re, has sent all this great army against thee; but what is that if my heart is as thy heart? Do thou come, and let us talk in the field, and see each other face to face."
So Djehuti came with certain of his men; and the Foe in Joppa came likewise, but his charioteer that was with him was true of heart unto the king of Egypt. And they spoke with one another in his great tent, which Djehuti had placed far off from the soldiers.


For whilst the Foe in Joppa drank with Djehuti, the people who were with him drank with the footmen of Pharaoh, and made merry with them. And when their bout of drinking was past, Djehuti said to the Foe in Joppa:
"If it please thee, while I remain with the women and children of thy own city, let one bring of my people with their horses, that they may give them provender, or let one of the Apuro run to fetch them.

He put him in the sack of skins and he bound with gives the hands of the Foe in Joppa, and put on his feet the fetters with four rings.

And he made them bring the two hundred sacks (bulky sealed Baskets) which he had cleaned, and made to enter into them two hundred soldiers, and filled the hollows with cords and fetters of wood, he sealed them with a seal, and added to them their rope-nets and the poles to bear them. And he put every strong footman to bear them, in all six hundred men, and said to them:


"When you come into the town you shall open your burdens, you shall seize on all the inhabitants of the town, and you shall quickly put fetters upon them."

Then one went out and said unto the charioteer of the Foe in Joppa:
"Thy master is fallen; go, say to thy mistress, 'A pleasant message! For Sutekh has given Djehuti to us, with his wife and his children; behold the beginning of their tribute', that she may comprehend the two hundred sacks (bulky sealed Baskets), which are full of men and cords and fetters."

So he went before them to please the heart of his mistress, saying:
"We have laid hands on Djehuti."
Then the gates ot the city were opened before the footmen: they entered the city, they opened their burdens, they laid hands on them of the city, both small and great, they put on them the cords and fetters quickly; the power of Pharaoh seized upon that city. After he had rested, Djehuti sent a message to Egypt to the King Men-kheper-Re his lord, saying:

"Be pleased, for Amen thy good father has given to thee the Foe in Joppa, together with all his people, likewise also his city. Send, therefore, people to take them as captives that thou mayest fill the house of thy father Amen Re, king of the gods, with men-servants and maidservants, and that they may be overthrown beneath thy feet for ever and ever." 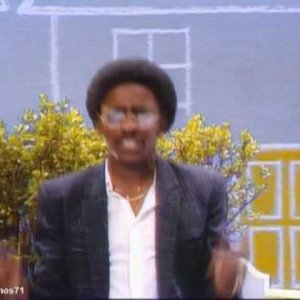