Black Relationships : Insecure & Color Struck? Then Why a Black Mate?

a good reply on a post about Halle Berry and her cute baby Nahla by that white dude said:

the ignorance and colorstruck stupidity of many black folks on a thread about Halle Berry said:
What a gorgeous child. I wish more black women would get a clue and get with other races of men instead of only waiting around on a black guy. Black men sure as heck don’t wait around on us. GO HALLE!!!
Click to expand...

Riiiight. We should all get with other races of men just so we can have cute kids

If you want to date a white man, you would date him for the same reasons you would want to date a black man - because he loves you, respects you, and treats you right.
NOT because yall gonna make some beige-hopefully-cute-looking babies together. Not all mixed kids are that darn cute. Get a clue.

Many black women don’t need to have babies with black men because they are so color struck they would just mess up the kids, and those kids would take on the insecurities about their color and hair texture.

I saw this episode of Tyra where a black woman had three kids by a black man and was trying to bleach their blackness away.
I was left wondering ‘WHY DID YOU EVEN BOTHER HAVING KIDS BY A BLACK MAN?’

I already know. Her lonely butt wanted love, and settled for whatever came her way, which was a black man. Insecure people are ALWAYS starved for love, and we know she was insecure because she was dark and not happy with herself at all.
So she settled upon a black man, had 3 babies by him, and now all those kids think that being lighter and whiter is better. Darn shame.

Take your insecure and messed up selves and get you a white man. It’s good you can’t find any brothers because you don’t need them anyway, you’re too color struck. And believe me, no decent white man is going to want a weak and insecure black woman, so he’s going to have some insecururity issues too. He may very well even be a racist. A good decent white man will want a strong and proud black woman when he chooses to cross over.
Click to expand...

That has got to be the most dumbest statement ever. FAIL!

I had friends back in high school that wanted to date men of a lighter complexion or another race because they wanted to have "cute babies"...

I think it is dumb as all hell....It's hard for me to even say what I want to say cause all of that is pure blatant ignorance.

I've seen ugly babies of all races and nationalities.

It's not the "good-looks" gene I'm concerned about...it's the "stupid" gene I'm worried that the kid may inherit form their stupid parents.
W

I think there may be a significant number of people who despise blackness or black people but still have relationships with them.

We have to watch out for them because they are very destructive.
T

I don't think that they were automatically implying that the only reason we should get with people of other races is simply because SOME interracial couples have cute kids. The general stereotype for black/black couples is this (or so I've heard) -- black men want someone who isn't very aggresive, so they go with a woman of another race assuming that she will let him walk all over her and assuming that every black woman is too aggresive. Now I don't know how things typically work in adult relationships, but thats how it is in my high school. I rarely see two black teens in a relationship and when asked why that is, this is the response I often hear.

I think this is what needs to be done: I don't care about past experiences. Black men who DO fit the stereotype need to stop assuming that all black women act the same. Black women who believe all black men act the same need to stop, too. We also need to realize that the love between two people is no one else's business but their own.

I don't understand why this is an issue in the first place. If two people are in love (regardless of their race, gender, whatever) then why should anyone else care? Unless said couple is breaking a law in any way, intruders need to just butt out. 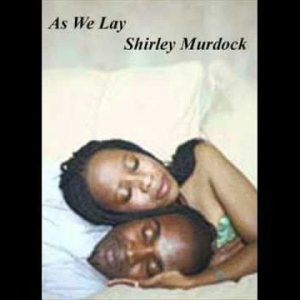