Black People : Court Date To Be Set For Bush

Court date to be set for torture charges against Bush

Lawyers against the War applied today to have the torture charges against George Bush set before a judge to determine whether a summons or warrant should issue. A date will be set in BC Provincial Court, Criminal Division, at Vancouver on Monday December 6th 2004.

Torture charges against Bush were laid November 30th 2004 by Gail Davidson, co-chair of Lawyers against the War--LAW, under provisions enacted pursuant to the U.N. Convention against Torture, ratified by Canada in 1987 and the United States in 1994. The charges concern the well known abuses of prisoners held by US Armed Forces in the Abu Ghraib prison in Iraq and the Guantánamo Bay prison in Cuba.

Because Bush is not a Canadian citizen the consent of the Attorney General of Canada is required within 8 days in order for the prosecution to continue.

LAW has requested that Attorney General of Canada, Irwin Cotler review the evidence upon which the charges are based before deciding whether to consent to the prosecution.

Canada has a duty under the Convention against Torture to ‘take effective measures to prevent torture’.

President of the United States of America

The Prosecution has presented a formidable Indictment against the Defendant, George Walker Bush, President of the United States and Commander -in-Chief of US military forces for serious crimes ; waging a war of aggression on Afghanistan, war crimes and crimes against humanity against the Afghan people, against prisoners of war ; and the use of radioactive depleted uranium weapons of mass destruction , against the people of Afghanistan ; with serious fall out effects on the military personnel of the United States ,UK and other forces deployed ; and on countries, in and around the region .

Thank You Brother Kante for sharing this with us.

What do you think will be the final outcome of all of this?

If found "guilty," what can these people do to the President?

Good looking out. I was just told about this on another site...and was about to start thread here about it. You're on it.

Destee, this is new ground. I wonder what can happen to the president of a country. I wonder is this is just the first step in initiating outright the policing of the world by this group...the U.N. We'll see how much bite they have when this is all over.

Here is the link I was presented. Check this out, Family. 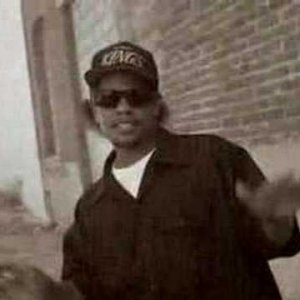