(b). Enter Pharaoh Sobekhotep IV And Prince Mousos
Artapanus wrote that Pharaoh Palmanothes was ruling when Moses was born. His daughter Merris (meaning 'Beloved') adopted a Hebrew child whom she called Mousos that became a Prince. Artapanus states that Merris married Pharaoh Khenephres, a Greek translation of the word Kha'neferre which means 'Ra's glory shines on the horizon'. The personal name for this Pharaoh was Sobekhotep IV. Sobek was a crocodile-headed god of the Egyptians, and Sobekhotep means 'Sobek is satisfied'. This Pharaoh was the 24th ruler of the 13th Dynasty in the Middle Kingdom.
This is an interesting record from Artapanus. A Pharaoh in the mid to late 13th Dynasty is what the chronology presented above would suggest. But there are two things that make this a more positive identification of the Pharaoh to whom Moses (Mousos) was a prince. First, the only other record of a Kaneferra is a mention of this name on an isolated fragment from the 10th Dynasty, and there is no other evidence for this particular king. In any case this is far too early, being in the Old Kingdom. There is certainly no other Pharaoh with the throne-name Kha'neferre in the Middle Kingdom, let alone in the 13th Dynasty: it is unique. However, there is a second point of key interest. Artapanus writes that this Pharaoh appointed Prince Mousos to administer the land on his behalf. Even more importantly, Artapanus states that Prince Mousos led a military campaign against the Ethiopians to extend the frontiers of the Egyptian Empire into Upper Nubia. The records available to us reveal that, of all the Pharaohs of the 13th Dynasty, Kha'neferre was the only one to launch such an expedition. Indeed, a stela in the British Museum tells of this 13th Dynasty Campaign into Nubia in Kha'neferre's reign. The identification is therefore certain. Artapanus knew what he was writing about.
The outcome of the Campaign was interesting. According to Artapanus' understanding of ancient sources, Mousos was victorious against the Nubians. He extended Kha'neferre's jurisdiction at least 200 kilometers further south than any other 12th or 13th Dynasty ruler. This fact caused Egyptologist J. H. Breasted to label Kha'neferre (Sobekhotep IV) as the greatest Pharaoh of that era. At Kerma, beyond the 3rd Cataract of the Nile, a governor's residence was established to administer the province with a statue of Kha'neferre outside. Artapanus concludes his account by saying that this victory brought Mousos such popularity that Kha'neferre became jealous and forced Mousos to flee to Arabia. Then, after Kha'neferre was dead, Mousos returned to lead the Israelites out of Egypt.
(c.). A Historical Cross-check
As the historical details are all correct as far as we have them, we can only conclude that Artapanus is correct about Mousos as well. This point can be partly cross-checked. Around 300 AD in a work called 'Evangelicae Preparationis' the Christian historian Eusebius quoted from this account by Artapanus, as did Clement in his 'Stromata'. Even more importantly, the Jewish historian Josephus in 'Antiquities of the Jews' confirms the story of Kha'neferre and Mousos with the Upper Nubian War from other ancient sources, thereby giving it unusual authority. This tends to confirm the conclusion we arrived at from Biblical dating that Moses (Mousos) was a 13th Dynasty figure, and the Exodus must have occurred towards the close of that Dynasty.http://www.aaronscopeland.com/bible_articles/history/bible_history_exodus_setterfield.html 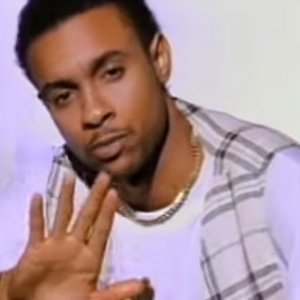