I never thought rosy rose would be a powerful natural healing overestimated for the publicity it has gained backwards in mentally used for hook-ups, rebounds, and in some cases not enough. My thought process as a young black male, is cut may waste by investing into the nearby niches or communities by simply buying then passing out roses rather real or synthetic. Reason being is feel with intuition and have my own purpose to play apart of the on-going desperation of nothingness between genders. Should I hook-up with someone who loves roses. Nope. Should I take a step back watch the overall picture of why we as a people are still not organized? Yes. Many areas in my life of going out, do i rarely see a rose or even a garden or flower of some sort in the home of a original female or male for that matter. The scent of the rose itself give off a sweet and musky aroma that is noticeable at first but quiets as it matures. Now during the maturity, I have found it to be darker or darken into a "chocolate" like state, which this color is red before the change of course, now higher in thought process or deeper, this metaphysical change reminds me of my quest to be humbly tasteful without a doubt seeping more into my mysteriousness. In other natural colors or naturally reoccurring not hybrids, the same process or states of condition follow suit...all colors of roses hints at me that we grow harder against the elements of the world as far as touch goes though we remain to keep growing softer in smell by being self-aware of our inner being for the sake of our higher consciousness. Sow in essence, I desire to live beautifully from the soul getting away from physical then next the mental plane, after that the emotional plane and fourth lands you at soul. Soul to me is the inner and outer projection of being everywhere aware with of course wisdom. The trip of wisdom will take you there with thorns or not, and you can grow like a bush adding pollination to the air when the friendly winged ones stop inn just to buzz out, or you can be mistaken for other things of life due to fear, assumption, insensitivity, labeling, uncertainty, resentment and egotism (the unrighteous kind).

When I give one out to one of the original females, I do get alot of "funny" faces and jumbling questions but I tell them to simply take my rose, please. She maybe working feeling annoyed, tired and weak, walking the street feeling angry, sad, and confused, riding in her vehicle feeling giant, drugged up, happy, and in peace, she maybe talking to me feeling a connection though not which one and how she can come into my home called the heart for whatever agenda she has from extreme to extreme, still I give her a rose. A rose is a thought, well, many thoughts over spoken words. A rose is a feeling unheard to the masses whose situations all differ at the end of the day and before the beginning. A rose is a sight that cannot quite be figured out, yet we express from what others heard and wrote to associate it's meaning to taste without the tongue. Have you ever tasted a rose's petal before? Bitter...and you see once again sweetness exist within bitterness. Now you get the picture? Not saying all original females are bitter, though we grew up with barely any culture, regardless of the attempts and clashing violence, dirtiness washed overnight and hidden, pride at its peak from lower class to rich to of course those of no class--i'm getting there seriously. Roses have no class and that is my truth. If this flower was truly indeed one of the original flowers or original to include the lotus then classification cannot be placed upon originality. It's the parent of all parent and so i don't get it sometimes with all the classification of everything, not saying i'm a dummy or anything but when i mean i don't get it...i have grown to understand it to over stand it and just wondering why it still exist. The psychologies of most are still separate which dwindles down into separating yourself to include the hue-man race, which causes problems starting off with an issue then problem next argument fourth fight fifth battle sixth war seven destruction eighth peace ninth anew way. I rather skip one through seven to get to peace first for myself including whoever that want some right? Then stand on that bridge of anew way, which is love of life a particular type of freedom limited though reasonable and called peace or serenity or tranquility and the likes. This is the reason why I pass out roses cause going the political route is no way kind of help unless you are prepared for revolution and by being ex-military...there is one race that is still not ready regardless of weaponry and that is us. The truth hurts but will set you free from out your inner-self to really see stupidity at it's finest, dropping those mental shackles which they or even our people have mastered "drugs" in the form of black and white magick without plants now...it's emotion and mind power. See I quickly realized like the rose that indeed life is colorblind. Everybody picks up the rose minus the colors of it and people, which are just a political tool educated to the masses but some people love fire like an arsonist and cannot quit fight with more firepower back with fire not knowing you all are going to burn down, with of course kids watching it growing up just like it soon or later; the generation of repetition but ignorance do not care and the skeleton in the closet does but has no key...though kids always find out later who you really were and for some it is too late as they went to grave secret filled. It's hard to be honest but i rather be honest than a liar to you even though my honesty is someone firepower to shoot their honesty back. So do your own research and find yourself and this is just a thought and reason why i give out roses to the original female to include healing myself. Before I go, once upon ah time I hated them all for all the wrongdoing I knew in my heart was wrong but being outnumbered in a closed world, where it has no culture plus the matriarch to patriarch systems just vary from day to day without equality, you learn to be patient with yourself and find a way to forgive those who were innocent just like yourself; orbit on repeat they call it. There is always time to make a change for the ones who are not out of prison yet to the ones who are not completely built up like an airplane totally. Question is why everybody is paying attention to the outer world, when your inner world speaking perceptively from yourself to your local community is suffering greatest? It is just like a rose seedling in your own backyard and even further the rose itself. It's the inside that counts which ultimately brings out the best in each and every last one of us. The rose has always been with me since I was kid but I never understood how come so close until my "real" personality started to surface. Now I know why. Go rosy rose! The flower of powerful healing...plus it's oils too and rosehips though it is always the thought that counts. 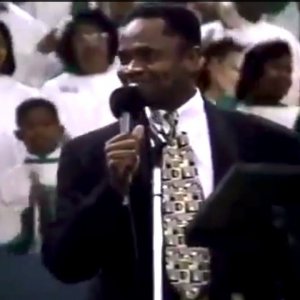