The Republic of Zambia is a landlocked country in Southern Africa. The neighbouring countries are the Democratic Republic of the Congo to the north, Tanzania to the north-east, Malawi to the east, Mozambique, Zimbabwe, Botswana, and Namibia to the south, and Angola to the west. The capital city is Lusaka, located in the southeast of the country. The population is concentrated mainly around the capital Lusaka in the south and the Copperbelt to the northwest.

Zambia has been inhabited for thousands of years by hunter-gatherers and migrating tribes. After sporadic visits by European explorers starting in the 18th century, Zambia was gradually claimed and occupied by the British as protectorate of Northern Rhodesia towards the end of the nineteenth century.

On 24 October 1964, the protectorate gained independence with the new name of Zambia, derived from the Zambezi river which flows through the country. Zambia was governed the single-party rule of President Kenneth Kaunda whose 27 years of socialist policies are said to have hurt the economy. Kaunda acceded to opposition demands for multiparty elections, and in 1991 peacefully relinquished power. Zambia has been a multiparty democracy since 1991. Today the country still faces steep challenges from poverty and AIDS. An estimated one in five adults is infected with HIV. The average per capita income is US $1150 (World Bank, 2008). About 60 % of the population are reportedly living on less than 1.25 dollars per day.
http://en.wikipedia.org/wiki/Zambia
Click to expand...

LUSAKA, Oct. 23 (Xinhua) -- The Zambian government has refused to comment on reports in the international media that one of the companies among the short-listed bidders to take a stake in the troubled state-telecommunication firm, Zamtel, has denied showing any interest in the company.

The country's investment agency, the Zambia Development Agency (ZDA), on Thursday announced that eight international companies have pre-qualified to participate in the partial privatization of Zamtel.

Among the companies that have been short-listed include Altimo Holdings/Vimpelcom of Russia, Bharat Sanchar Nigam Limited and Mahanagar Telephone Nigam, both of India, as well as LAP Greencom Limited/LAP Green Networks of Libya.

But Vimpelcom Chief Executive Boris Nemsic reportedly said that the company, with its subsidiary, Altimo, has not bid to buy any shares in the Zambian telecommunication company.

Nemsic has ruled out speculations that the company was bidding for Zambia's fixed-line operator Zamtel, reports said.

But when contacted to comment on the reports by Xinhua on Friday, ZDA Communications Margaret Chimanse refused to say anything, but only: "No comments please."

LUSAKA, Oct. 24 (Xinhua) -- Zambia is marking its 45th year of independence from Britain with its leader calling on all Zambians to "secure the peace and unity", local newspaper the Times of Zambia reported on Saturday.

Zambian President Rupiah Banda on Friday delivered pre-independence remarks on state radio and television, saying securing peace and unity was cardinal if the country was to continue enjoying political stability and development.

Banda said Zambians should use the independence celebration to remember the country's founding fathers who worked together in unity to secure the country's freedom.

"I call on each and everyone of you to rededicate yourselves to jealously guard our political stability and emergent economic gains," Banda said.

Acknowledging that there would be difference of opinions, the Zambian leader said there was need for constructive dialogue to establish "common ground" and reach amicable solutions to differences.

He said his administration would continue to be receptive to constructive criticism and suggestions while remaining accountable to the public. He commended civil society organizations for the role they had played in supplementing government's efforts in providing social and economic services.

The theme for this year's independence celebration which falls on Saturday is "Reconciliation and Good Neighborliness". Banda said the theme must remind Zambians that they need each other to forge ahead.

Zambia has engaged a Kenyan company, Dalbit Petroleum Limited, to co-import petrol and diesel into the southern African country to ease a fuel shortage that has persisted for close to two weeks.

Fuel shortage, particularly petrol, has affected most parts of Zambia, with the capital city Lusaka being the hardest hit.

The government has since suspended a 25 per cent duty on fuel imports following Oil Marketing Companies (OMCs)’s demand for the removal of the tax to enable them quickly import the commodities at cheaper prices.

Energy minister Kenneth Konga said the current petrol shortage was as a result of the refinery catalyst and reforming unit at Indeni Oil Refinery that required replacement earlier than expected hence the technical performance of the firm had reduced.

Indeni is expected to shut down for a scheduled two-week maintenance and the tax suspension of importation of finished petroleum will last for that period.

“As regards the importation of fuel during the period of the shutdown, the government has engaged the Independent Petroleum Group (IPG) of Kuwait and Dalbit Petroleum Limited of Kenya to import 50 million litres of diesel and 30 million litres of petrol,” Mr Konga told Parliament in response to a parliamentarian’s query on the fuel shortage.

Opposition parliamentarian Raphael Muyunda said the Zambian economy was grinding to a halt because of the fuel shortages.

“Is the government in order to remain silent when queues and queues of motor vehicles are desperately lining up in search for petrol while others are totally lost as to where to find diesel at the peak of the farming season?” posed Mr Muyunda.

This weekend, Mr Konga said the fuel shortage could cause panic.

He said he had visited several service stations where fuel attendants confirmed to him that their managements had instructed them not to sale the fuel in reserve.

“We have also requested the Oil Marketing Companies (OMCs) to order 11 million litres (unleaded petrol),” said Mr Konga, adding that the fuel problem will be over soon.

After an investigation, Zambia Competition Commission (ZCC) dismissed assertions that OMCs were hoarding fuel to create an artificial crisis in a bid to increases prices.

At least 700,000 litres of petrol and two million litres of diesel are consumed in Zambia every day.

A check at most filling stations in Lusaka found long queues ,some with over 1000 vehicles waiting for petrol.

Irate motorists protested against the shortage. 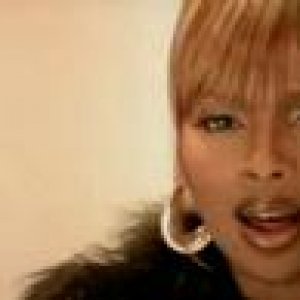