Describe the worst date you ever had. What made it so bad?

Ok, I am going to tell y'all about the worst date I have ever had. This was long before I had heard of the going dutch thing, or women paying for men.

I'd see him at school and we chat it up, he seemed cool. He was a foreigner. I won't state where he was from, because I don't think he was representative of men from that nation, and I wouldn't want to give them a bad name.

So, every Friday night he'd call me like clockwork. The same old conversation. "Whatcha doing?" "Oh nothing, my friends are over, we are playing Backgammon". Blah, blah, blah, blah.... After about 5 weeks of the same Friday night conversation, he switched it up. He said "Well, what would you LIKE to be doing?" I said, I wish I was at Casa Maria's" He said, "OK, I'll be by to get you in 30 minutes". So, dude drives up in his BMW. We go to Casa Maria's. We place our orders, and we ordered a pitcher of Peach Daquiris. (sp?) As soon as we start drinking the daquris, dude says, "You know the one who asks for the date has to pay, right?" I have never heard of such a thing. I said "What do you mean?" He says, "You asked me out on the date, so you have to pay for it." I'm steaming. I say, "I didn't ask you out on this date!" We start to argue. Then he tells me that he doesn't have any money. Whew Lawd!

I was beside myself. At the same time I thought it was hilarious. I told him, "OK, so you are gonna act like a bxtch, you are about to get treated like a bxtch. I drank those daiquiris and went all in. I clowned him just the same. Because, no one had ever heard of a woman paying for a man on a date. I had the busboys laughing at him. The waiter was laughing at him. The customers were laughing at him. He was so embarrassed. Finally the waiter came and brought HIM the check. And, I reminded him that dude was broke. And, the waiter bent over he was laughing so hard.

So, I paid the check.

Needless to say, we never went out again, talked on the phone again, or acknowledged each other at school. But, everybody at school knew about how he tricked me into buying him dinner.

I wish I had just pretended to go to the bathroom and caught a taxi home and left him hanging with bill. But, I was taken aback and didn't know what to do.

What would you have done?

My g/f had joined the reserves. She would be gone a long time for basic and tech school. She was putting pressure on me to decide if I was going to be there when she got back. Basically, I had to decide whether or not I loved her. She had a lot of great qualities. But,.... So basically, the few months before she had to leave, were bliss. I mean on all points. I decided to tell her, I would be waiting when she got back. I took her to an expensive restaurant and dancing. It was a clear night and a full moon. We ended up in front of the city museum. It had just installed a fountain with a stair step waterfall. We walked up to it and I sat down in an almost bended knee pose.

I started telling her how great she had been and how good she is, in prose I had practiced. Just when I was about to tell her I loved her and would be there when she got out. She cut me off. Her eyes got big and she says, "You're dumping me?!!?"

Before I could reassure her and tell her no, she got belligerent, loud and started cursing! Of course, some event at the museum had just let out. Everyone, including security were now staring at us. I soon realized, she wasn't going to shut up and I wasn't going to win or tell her how I loved her. Frustrated, I got up and walked away to the car. "MFer you don't walk away from ME!" A series of profane statements followed. She ran up behind me, cursing all the way. I swiftly turned, snatched her up, carried her to the car while muffling her screams. She then accused me of abusing her. So I stuffed her in the car and dared her to say another word. Apparently the look on my face said, death! So she was quiet. I floored it all the way to her house. And said, " GET OUT!!!!" She leapt from the car, then turned to tell me off some more. I just burned rubber leaving her. She wrote me a five page, typed, single spaced, front and back letter telling me where to go and what to do once I got there. It wasn't very nice.

I wrote her back and decided to deliver it personally. I caught her by surprise and unaware. I picked her up and forced her to the ground and sat on her. I started reading my response. 'Dear Stupid, had you bothered to shut up for one moment and listen for once, instead of ramming both feet in your mouth. You would have realized I was trying to propose to you,........., Sincerely, I Never Want to See YOU Again!" I got up and walked off. Of course, not to be out done, she had to get the last word in. I realized then, that she was the only person that could pull that kind of emotion out of me and I didn't like it one bit

Y'all ain't had no bad dates? C'mon

Liberty said:
What would you have done?
Click to expand...

Probably the same thing as you.

He was wrong for tricking you. So he had it coming. 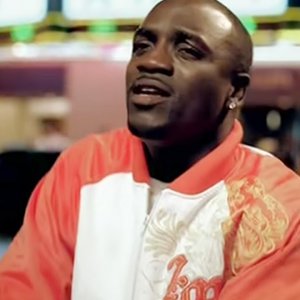