WHAT WAS YOUR FIRST RACIAL EXPERIENCE ?

There was a police unit called, THE BIG 4 in Detroit. Me, cousin and my friends were coming home from a day of baseball at Jamison Elementary one summer day. We were 10-12 years old. Suddenly, there was a revving engine, screeching tires, and four big white plain clothes officers jumped out of the unmarked vehicle. They shoved us up against a fence and started questioning us. They accused us of stealing our bats, balls and gloves. One of them accused me in particular of stealing my bat. He snatched it out of my hand and shoved it into my chest and me into the fence. "Where did you steal this bat??!!?? ", he menaced. " That's mine! My initials are carved in the handle and there are four lines cut to prove it's mine." I said. They then proceeded to grill us about what were doing? Where were we going? Why were we out here? All we could get out was going home from playing baseball. It was escalating fast.

Suddenly, a grandmother shouted, "Hey! What are you doing to those kids?!!?" Then other mothers and women came from their homes asking the same thing. One called for her husband. Soon all the men started coming out and surrounding the cops. Out numbered, the beat a hasty retreat to there Crowne Vic. The one who had bullied me, started walking away with my bat. Almost in tears I called for him to give it back. Someone yelled out, stop thief! He threw it up the street and got in the car. They screeched off.

When I got home I told my grandmother. She called a quick council of my mother and aunts. Who gathered my sister and cousins. We had, "the talk". It was the 1st time I had ever heard the words, 'MutherF**king honky pigs used in a sentence. They then told us their stories. And why the had to move from Alabama. As we got older, we were told more stories, so we would know what to be aware of. 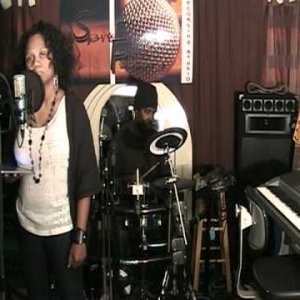