Black Spirituality Religion : You Won't Believe in Christianity Anymore or The Bible After Watching This

Well that was hard to listen to all the way through, because it was obvious to me he did not do his research except to try and rearrange the meaning and intent of Christ and the scriptures. Believe me I could take just one of what he claimed and write a whole book on it, but I am going to speak generally and move as fast as I can while giving spiritual understanding and with the knowledge of God through my own continual study and gifts of God.

I agree with one thing, yes, do your own research, so you are fire proof to the hot blasting of a Truth that extends to worlds without end…to the intelligence who gives reason and structure through out the universe WITH A PURPOSE for you, for all MANkind. Jesus is the Son of MAN (name for GOD), we are the sons and daughter of GOD. The reason we are here is to learn and overcome the issues and hard times that mortality brings. Why? Because you are gods in embryo. That is what the Bible says. You can see that people choose evil rather than GOD. They are our brothers and sisters and one third of them fell following Satan to the earth. The war continues here and there will be more that fall short of the crown and robes of the priesthood as seen in the scriptures.

Christ said that we will sit on a throne if we are faithful, over which He will preside. Why would GOD give any a crown of Faith and Trust unless we have proved ourselves worthy of it in this world?!

Why speak of White people? White people are responsible for their own judgment. Everyone has been a slave somewhere or another, and they still are today: Slave work camps in China and a people who could only have one child and any other if they are lucky are adopted out or the rest especially girls are destroyed in the womb or before six months old. Women in slavery in the Middle East. North Korea enslaved people by a dictator who dreams of a world war.

There will be many who will come saying they are Christ or claiming to be speaking for Christ when actually they are taking his name in vain. I always thought that was cussing, but do you see when we study the deeper layers there are great things to be found out. Jesus is not White he is brown a Semite. And yes the Jews of the Pharisee Council called for Jesus to die upon the cross, because he claimed to be the Son of God, the only begotten. The only reason Christ called for his Father upon the cross is because he was use to the Father being with Him; but, the Father left him on his own because it is Christ who is our Redeemer, not any other with him. Not even His apostles could stay awake with him in the garden of Gethsemane.

We are sons and daughters, so I suppose we would be accused of heresy and be sentenced to the cross back in the day. But Jesus is the only begotten having been placed in a virgin's womb through the Holy Spirit, a first miracle of His sojourn being born for us.

His birth and short time with us was purposed to redeem us from Justice, because of the fall from the first commandment in the garden not to touch that tree that had death properties.

Jesus did not open his own mouth to be saved from execution. He could have walked through the crowd unnoticed or bowled people over by the word of his mouth. But no, he went to the slaughter as a lamb, a sacrifice for us. We now have the gift to continue on as if there was no sin if we choose to use the Atonement. He paid Justice, because Justice must be paid. And now there is Mercy, to any who love the Lord.

There is sooo much more to know. The greatest slave master is Satan; and, for those who claim Jesus unjustly, the Lord will say He never knew them as Christians.

"Be sure to entertain (innocent) strangers, as some have entertained angels unbeknown to them." When I get back I will tell you of the angel I visited with having proof.

This so called expert on christianity speaking from that video went on to tell us that the scriptures and Christ all came from Rome. Really? Do I have to go any further? So the Doctors of ancient writings and language were all wrong about the books of the Bible being written in Greek, some scrolls in Aramaic and the rest in Hebrew when really it was all Italian. "Ea! Passa the spagett." To hear him talk you'd think all of Christianity was Catholic. He says the only Saints are in the Catholic church. A Saint in the Bible means a righteous person dedicated to following the Lord, not some iconic member in a statue like he thinks, because Judgement day has not arrived yet to determine who is true and sincerely loves the Lord.

He said, "End of the world B.S." Well the world is not going to end but, there is going to be a removal of the wicked through war,weather and Satan raging at this time until God's destroying angels (of the wicked) begin to perform their mission. Do you see any of that going on now? It's coming in and is going to intensify. It's meant to give people in the world warning that things are going to come to pass -- all that was prophesied for these "last days." The earth must be sanctified from all unrighteousness, that it may be prepared for the Glory that Christ brings on his return, called the Second Coming.

Now I said I was going to tell my meeting with a stranger who turned out to be an angel and left me with the proof.

Before I went to a luncheon at the church, I told the Lord I was going to keep a watch out for someone who was sitting by themselves to make sure they had company. I had forgotten I said that but I was standing doing my favorite thing , people watching. A woman walked into the large auxiliary room filled with tables. I noticed her because her clothing reminded me of a time past in length. She also looked like she had been traveling. The first thing she did was lift a toddler and a four year old. Who does that? She was smiling talking to them. She handed them back to their mother who let them slide down to the floor one at a time.

I also noticed that people didn't seem to notice her. It was as if they didn't see her. Well I soon moved on when I saw her again sitting by herself. Then I remembered my commitment to go visit someone who was sitting by themselves. I started toward her way. I was about twelve feet away when she stood up and extended her hand and greeted me by my name and with a smile. So I sat down and began to talk to her. It was the hardest conversation I ever had because when I asked her her name, she gave it to me but I couldn't understand it. I made a mental note to ask her again which I didn't remember to do. Then I asked her about children, she said she had some, but couldn't tell me anything particularly about them, and her husband, but she couldn't tell me anything about him or where she lived. I was getting exhausted. Finally she asked me if I knew where the Salt Lake Temple Square was and I said yes. She said right around there. She told she knew of the meeting here and she wanted to visit a moment and see the people. She was pretty faced smooth skin perfect teeth and didn't need makeup. I wanted to envision her with makeup because I wear it, and she was lovely without it, how gorgeous would she be with it?! My bad, the thought was removed from me only to remember it later.

She also asked me how my parents were by name. I said, "Oh, you know my parents." She said she hadn't met them but knew of them. Finally she asked me if a knew a woman mentioning her name. I said "Yes." She said, "She is expecting twins." Wow, that was great news." I became so fatigued that I excused myself and walked a little ways and decided I ought to go back. I was thinking that over looking her direction when the words came to mind, "Dismissed." So I walked away.

Later I saw her standing by the door enjoying viewing the luncheon when I approached her again and asked her if she was going to stay for something to eat. She said, "No. It smells really good, but I won't be staying." So I left again.

A few weeks later I met up with my newly announced pregnant friend as she was crossing on a light, me behind her. I called to her, "Hi. I hear you are expecting twins!" She turned and continued walking backward and looked confused. "I only just found out I'm expecting. I haven told my husband yet. She asked me how I knew since she hadn't told anyone. I told her a lady at a church luncheon told me you're having twins. She walked away looking perplexed.

She had twin girls. 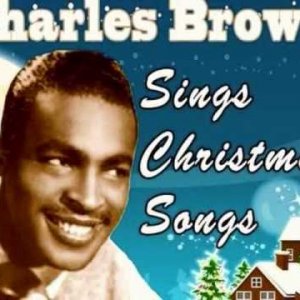