Black Spirituality Religion : YORUBA GIRLS/WOMEN WEAR WAIST BEADS AND THIS IS WHAT IT CULTURALLY MEANS!-FROM GUARDI

Waist bead among the Yoruba
By Alloysius Nduka Duru

THE usage of beads especially waist bead in Nigeria is wide spread across the various nationalities that make up the nation. There are similarities and peculiarities in their usage.
However, the Yorubas developed the most varying and peculiar uses for the waist beads. The Yorubas have developed a culture of bead usage that cuts across both material and spiritual aspects of the life of the people. In addition, they have also the capacity to produce the beads for varying purposes ranging from royalty, body adornment, deification and decoration.

The Yorubas are found in the South Western geo-political delineation of present day Nigeria. They are a vibrant and social people that accentuate their ways of life in their day-to-day activities.

Beads are usually small round piece of glass, wood, metal or nut, pierced for stringing. They are either used for adornment such as the waist, neck or ankle beads or as decorative ornament in art works or even for royalty purposes.

The art of beading is serial in process and serrated in composition. It has a step by step or one by one approach in stringing when traded together, beads stands for unity, togetherness and solidarity.

Beads of the waist is said to posses the power to attract and evoke deep emotional responses, they are a sign of success and affluence as well as spiritual well being.

The Origin of the Nigerian beads is still speculative due to its fragility portability and popularity.

Beads have been traded and used since time immemorial. However, the earliest known African beads is traced to Libya and Sudan. In Nigeria the Nok terracottes and Igbo Ukwu arts display some element of the usage of beads in those societies as early as 500BC, however there is no concrete statement of origin to the beads.

A common usage of the item is for adornment especially on the waist. There is however varying purpose for which people adorn the waist beads.

The common users of the waist beads are mostly the women folk, only in exceptional theatrical perform as will a man adorn a waist bead to symbolize feminism. The waist bead is synonymous with feminism.

The Yorubas have esteemed usage attached to the waist beads. They refer to the waist bead as Ileke, “Lagidigba” the term lagidigba means something big, thick or massive. The Lagidigba is made of palm nut shells string together, while the bebe is made of glass.

Waist beads in Yoruba are also used for birth control, the beads are laced with charms and worn by the women to prevent conception.

Beads are a precious ornaments to the Yorubas, hence when adorned by a women, accentuates her feminism or beauty. Beads also helps to portray the chastity of a maiden or women sensuality. Parent show their love for their girl child through gifts of waist beads that are colourful and expensive.

Here's some other info on beads in Africa...

Isaiah said:
Women's initiation rites in Africa
African female initiation ceremonies are rites of passage for girls entering womanhood, and are usually a public annoucement of the girl's eligibility for marriage.
.....

Young girls from the Krobo ethnic group, which is dispersed across Ghana, perform the Dipo ceremony. The official ceremony lasts about five days, but pre-ritual preparation requires three weeks. The mother of a young girl selects a ‘ritual mother’ for her daughter. Like a favored aunt, the ritual mother prepares the young girl for her future role as a wife and mother. The young girl learns the art of cooking and household management (a skill she’s been performing beside her own mother since she could walk), music, dance and beautification. The girl is encouraged to leave behind her jaunty, carefree childhood ways and adopt the stature of a woman full of dignity and grace.


The ritual mother will also school the young girl in the art of seduction. The ability to please a man in every way is an art taken seriously by Krobo women. A special string of beads may be worn loosely about her hips as a visual gift to her husband. This focus of seduction, however, does not necessarily lead to a high-rate of promiscuity. Any woman who lets a man other than her husband view her hip beads could be considered unfaithful.

Osanyin is also the patron of beads. He came into this world covered in dazzling beads. The multi-colored beads of his ileke are representative of all the leaves in the forest. In addition, he also has an ileke which is shared with Orunmila, which are yellow and green. In a relevant Itan it is said that: At the beginning, divination priests and herbalists (they work together) went to Ifa, the oracle. Ifa gave them strands of alternating green and yellow beads, saying, "This is your sign." These beads stand for Ewe Ifa, the leaf of divination.

Black Spirituality Religion : Yoruba: The Orisha of Fatherhood? Is there One?

Black Spirituality Religion : Are There Any Similaities Beween KMT and Yoruba?
9 10 11 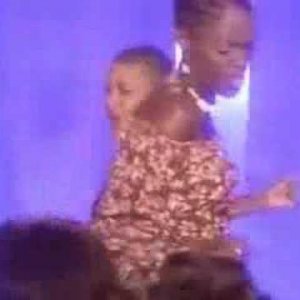