YAYA DIALLO, an elder from Mali, shares his music, experience and insights.

Author:
“The Healing Drum: African Wisdom Teachings”
“At the Threshold of the African Soul”

Live at Club Soda, Yaya Diallo's forthcoming album, recorded in
performance with his band Kanza takes a dramatic shift as Yaya
bridges traditional music with occidental sounds including saxophone,
electric violin, bass and lead guitars and drum set as well as voice,
traditional African drums and balafon. Yaya Diallo’s innovative
music gives solo voice to all the instruments within an African
rhythmic structure and swings with a sound reminiscent of 1950’s
rock-n-roll and blues to a beat driven and spoken to by the Dounouba
and Djembe drums.

Yaya Diallo says music is as important as the blood in his veins--the
essence of the African soul. He writes, “Playing music to benefit
people was the fundamental value of our musical culture…. At
present we are witnessing the massacre of the African culture….
The old initiators no longer have young people to educate…. adoptive
religion had as its objective the killing of the last savage and they
have shouted ‘mission accomplished!’ I doubt that it is.”

Following graduation from the University of Montreal and a brief
career as a chemist, Yaya Diallo was co-founder of the music and
dance groups Djembe-Kan and Cléba and a member of the African
Troubadours with the World Music Institute as well as a faculty
member of the Creative Music Studio and the Omega Institute for
Holistic Studies of New York. Yaya Diallo is active with his band
Kanza and continues to teach and perform internationally. Goals
include the creation of traditional African healing centers. Listen
to Yaya Diallo’s music on New Music Canada,
http://www.newmusiccanada.com. Contact Onzou Records, info@onzou.com ,
http://www.onzou.com .

" ... the album is a delightful exploration of the traditional music
of Mali in general, and of the use of the balafon in particular."
Mike High, "Speaking Their Piece," Cadence--The American Review of
Jazz & Blues. May 1982, p. 35.

" ... Yaya Diallo, who hails from Mali, and whose congas, balafon,
tama and dounouba capture West African 4/4 and 6/8 in so lively and
listenable a manner it is hard to resist them."
Down Beat, April, 1983.

" ... If you are interested in the African healing arts and the
sounds used, this is the CD you should have in your library. NANGAPE
is a great expression of Yaya Diallo's cultural heritage."
Lee Prosser, http://www.jazzreview.com , 2002.

" ... Nangape, a timeless classic in its own right, holds the
primitive sounds of drums intermingling with the progressive and
soothing sounds of flutes that encapsulate you in a world of inner
peace.... tranquil, peaceful and utterly awing ... this album
completely blew me away and that's coming from a person that listens
to industrial/electronic based metal and glitch-prone digital
hardcore!"
Wednesday Elektra, Space Junkies Magazine,
http://www.angelfire.com/music4/space_junkies Vol. 2, 2002.

"... thank You so much for kind letter and fantastic brilliant CD!!!
Incredibly bright powerful impression! We were glad and proud touch
creation of such distinguished artist as Yaya Diallo. It really was
invaluable important discovery for us. Much friendly love from
Siberia."
Serge Tikhanoff, Radio Penquin, Siberia, Russia, Onzou Records email,
July 21, 2002.

"Traditions and proud! With this two words I can describe the music
by "YAYA DIALLO." You can feel the spirit of Africa. Nice drumming,
percussions and flute. This artist really needs to be heard by many
listeners!"
Ljubo, Bulgaria, 2002-09-24. Source: Reviews, www.mymp3network.com/member.asp?id=2549.

"The traditional rhythms of Africa are both medicinal and sacred,
this is just a fact of life."
Allen L. Johnston, "The Music Specialist," Onzou Records email, Nov.
22, 2002.

"We have only had a chance to listen through once this morning but
already realize what a beautiful album "Nangape" is."
Tim & Terri~B, Stone Premonitions, England, http://www.Aural-Innovations.com/stonepremonitions Onzou Records email, Feb. 10,
2003.

Thankz for the wisdom sprayed and the links
Poetic flow, Poetry of a poet! Be a Premium member today and enjoy all the fruits .
P

I heard some of his music, Im feelin' it.
Z

Very often I'm asked to write articles on the subject of drum
music. During my 20 years of experience as an instructor of drumming and dance in Africa, Europe, Asia, U.S.A., Canada and the Antilles I always avoided the ambiguous subjects.

One day I said to myself, "Enough, it's enough! Stop the massacre." I have my share of responsibility and guilt in the tragedy that we are living today regarding African percussion. I am going to write a series of articles with the frankness and honesty of style for which I am known.

I assure you there will be tears and grinding of teeth over some of the reading. Too bad for the lame ducks!

The following is a list of subjects to be covered:

Note: Do not count on me for a request to offer a public apology or to take back my statements. This will never happen.

To all who are listening … Greetings!

(Note: Yaya Diallo's introduction to the forthcoming series of
articles is translated from the original French to English by Stephen Conroy, Producer, Onzou Records, http://www.onzou.com .)

Onzou Records will be making the above articles available on a site created for news, articles, and communication with Yaya Diallo at http://groups.yahoo.com/group/yaya_diallo .

Internet record distributor CD Baby is promoting a compilation CD
comprising of the top 100 sellers for the month of August. In return for your support, Onzou Records is making a FREE offer of Yaya Diallo's upcoming album Live at Club Soda planned for release in Oct-Nov, 2003.

Puchase Yaya Diallo's classic debut instrumental album Nangapè
of African drumming, balafon and flute music at CD Baby,
http://www.cdbaby.com/yayadiallo , during the month of August and send an email to Onzou Records, info@onzou.com, notifying us before September of your participation in this offer and we will send you a copy of Yaya Diallo's new album Live at Club Soda absolutely FREE upon it's release!

Live at Club Soda Free Offer valid only during the month of August, 2003 in conjunction with a purchase of Yaya Diallo's Nangapè album through CD Baby. 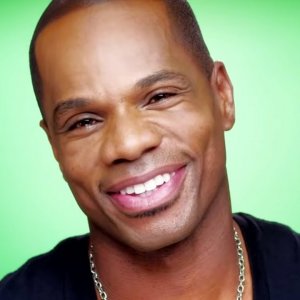