Jurors who awarded a Portland woman $82,000 said they wanted to send Portland police a message: Hand over a business card when a citizen asks for one.

After the verdict Thursday in Multnomah County Circuit Court, several jurors told The Oregonian an officer could have defused a tense situation by taking a few seconds to identify himself.

The case involves a 33-year-old woman, Shei 'Meka Newman, who told two officers she thought they were too rough in arresting a fellow MAX rider in February 2009. The officers told her to mind her own business, refused to give her a business card and arrested her when she tried to read a name on a uniform.

The incident occurred in February, 2009 when the woman noticed a questionable and seemingly brutal arrest of a fellow citizen. This led her to walk up to one of the officers, Aaron Dauchy, who’d grabbed a 29-year old black man off a train and handcuffed him on the ground. When Ms. Newmann asked why the officer was dealing with the man with so much force, he told her to mind her own business.

Ms. Newmann didn’t stop at that point. She then went to Dauchy’s partner, Officer Jim Sandvik, to ask for a business card. But Sandvik refused to give her the card and took her ID. When she stepped forward to read the officer’s name on his badge, he hit her in the chest and handcuffed her. She was then taken to jail and released the next day without her money, her cell phone or even her shoe laces.

Sandvik attempted to convince the jury that Ms. Newmann was yelling and belligerent. He also said that she approached him from behind while he was dealing with four drunken men. But jurors were unconvinced after watching the surveillance video, which showed the officers to be untruthful in their version of the facts.

One officer, Paul Valdez, actually testified that Ms. Newmann was polite and respectful to the officers when she approached them. He also said that she didn’t interfere with their duties in the way they described.

Newmann said that she wasn’t going to sue at first, but decided to do so because she encourages the students she mentors to stand up for what is right. She grew up in several foster homes as a child and then graduated from high school with a 3.8 GPA. She has also been a foster mom herself and has received awards for outstanding volunteer work.

Reading the story about Shei’Meka Newmann made me proud. When citizens stand up in the face of tyranny, it makes America a little bit better every time. Additionally, Newmann’s experience is incredibly common, as police officers are known for abusing their authority. As the son of a police officer, I can testify that many officers do not like their power to be questioned, putting law-abiding citizens in harm’s way for simply asking the wrong question.

Americans must work to protect our civil liberties from overzealous police. In a nation that has fallen in love with mass incarceration, each of us finds our freedom at risk, because one tiny incident can cause us to have an experience as humiliating as the one endured by Ms. Newmann. There is no reason that this good woman and upstanding citizen should have been brutalized, arrested and sent to jail. The department was lucky to only have to pay $82,000 for nearly ruining this woman’s life by giving her a criminal record.

Log in
Similar threads
Law Forum : Law Suits: Woman Wins $10.9 Million In Discrimination Lawsuit Against The City Of Boston ...
Black Positive People : Lady luck: Virginia woman wins Pick 4 lottery 30 times in one day
Africa : African woman, jailed, strip-searched, wins $65,000 settlement
Black Jokes Humor : WOMAN WINS THE LOTTERY
Black Positive People : Woman makes history as 9th Black female pediatric surgeon in US
Black Women : Woman, "do you stand with your man with this?"
Black Relationships : Seriously Though... can a woman physically...
African American History Culture : Adopted American woman discovers she’s a Sierra Leone princess
Black People : The Destruction Of The Black Afrikan Woman
Black Positive People : 'You are my wildest dream': Sydney Barber will be first Black woman to serve as US Naval Academy brigade commander
Steals and Deals : Black woman -owned Candle Shop in Houston, TX
Black Women : A black woman's experience and the failed U.S. healthcare system
Law Forum : The woman behind 'Roe vs. Wade' didn't change her mind on abortion. She was paid
Black People : The Black Afrikan Woman Goddess
Black People : If It Ain't About Your Freedom It Ain't About You, Black Woman And Man!!!
Law Forum : New York woman was shackled to bed during childbirth, lawsuit says
Ghana : This woman is changing transportation in Ghana with bikes made from plants
Black Women : Black woman checks shamers who criticized her for having large family: 'I am a married, ADULT!'
Black People : A Man Can DO... one wrong * So say, * ... A Woman Can DO... All that is GOOD and RIGHT !
Beauty - Hair Care - Fashion : Meet the woman who beat Kendall, Gigi, Bella and Kaia for Model of the Year
Science and Technology : Every person alive today descended from a woman who lived in modern-day Botswana about 200,000 years ago, a new study finds
Black People : It Compromise Not, The Divine Truth I Share With You, Black Woman And Man!!!
Black People : White Woman Identified After Being Filmed Saying She Wants To Kill N******
Black People : What is Black Woman Feminism vs White Woman Feminism?
Law Forum : Police bodycam footage of woman, 65, resisting arrest sparks outrage: 'If she was black she would've been shot'
Black Entertainment : 007 will be a black woman in new James Bond movie: report
Black Positive People : A Black Woman who was given three days to live at birth graduates from college
Black People : Officer fatally shoots black woman in Bay Town, Texas
Black People : Black Woman You Need To Hear!!!!
Black Positive People : 22-year-old woman makes history with college football scholarship: 'Be so good they can't ignore you
Black People Politics : A Black Woman will make History this year, as Mayor of Chicago
Black Positive People : A newspaper editor urged the KKK to ‘ride again.’ A black woman is taking his place
Black Positive People : Lauren Underwood Makes History As Youngest Black Woman To Serve In Congress
Black People : Black Woman Gives White Attacker More Than He Bargained For
Black People Politics : Opening The Black Woman's Time Capsule
Black People Politics : ▶Speaking of Black Women◀In Quest of African American Political Woman
Black People : White Woman Blocks Black Man from Entering His Apartment
The Front Porch : Why Is the African (Black) Woman the Only Hope for Humanities Survival?
Black Relationships : Never dated a Black Man or Woman?
Black People : How To Love a Black Woman
Black Sports : Marc Gasol part of Mediterranean rescue effort to save shipwrecked migrant woman fleeing Africa
Black Spirituality Religion : what scriptures in the Old Testament would you recommend on understanding the nature of a woman?
African American History Culture : Thomas Jefferson Owned Hundreds of Slaves—Now a Black Woman Will Run His Foundation
Black Entertainment : He Got the Right One! Black Woman Chases Down Confederate Flag-Wearing Teen Calling Her the N-Word
Black Positive People : Instead of shaming them, this black woman stepped up and helped 2 black boys about to break the law
Black Poetry : A Proud Woman
Black People : Woman who went on rant against Jewish man has one regret
Black Positive People : black woman flight crew....
Science and Technology : Woman killed by self-driving Uber car identified, as company suspends testing
Black Short Stories : A woman ought to know her Place!
Share:
Facebook Twitter Reddit Pinterest Tumblr WhatsApp Email Share Link 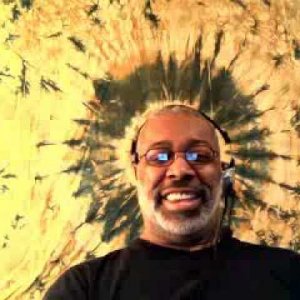