"Charles Jones still held on murder charges, while Officer Joseph Weekley, who kllled 7-year-old child, is home with his family for Thanksgiving "

DETROIT—Chauncey Owens is asserting his Fifth Amendment right to remain silent in a murder case brought against Charles Jones, father of Aiyana Stanley-Jones,7. Detroit police officer Joseph Weekley shot the child to death during a horrendous Special Response Team (SRT) raid on her home May 16, 2010.

The announcement was made today at the start of Mr. Jones’ preliminary examination on first-degree murder charges in the death of Je’Rean Blake, 17. The prosecution had expected Owens, who is the fiancé of Mr. Jones’ sister LaKrystal Sanders, to be the main witness against Mr. Jones. Owens has already pled guilty to second-degree murder in the case.

“My brother is incarcerated over hearsay,” Mr. Jones’ sister Erica said after the hearing. “The police officer who killed my niece will be home with his family for Thanksgiving while my brother is in jail away from his family. My brother is only guilty of losing his child. That is jail time itself, never to see his only daughter out of seven children walk across the stage at graduation or be married, his little princess.”
She, Mr. Jones’ mother Mertilla Jones, Aiyana’s mother Dominika Stanley, and at least 15 other family members and friends of Mr. Jones were present to support him, but were not allowed into the courtroom by court officers.

Family members said that police conducted a second raid of Mr. Jones home in Ypsilanti, Michigan, where he moved after Aiyana’s killing, during his arrest, holding guns on his toddlers and searching the place without a warrant.

After nearly one and a half years, Wayne County Prosecutor Kym Worthy announced in October that a “one man grand jury” had charged Mr.Weekley only with manslaughter and reckless use of a firearm. No charges were brought against other officers who participated in the raid, which was being filmed for A&E’s “First 48” series. 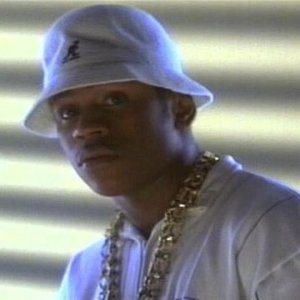