Witch-craft is the use of magic and/or the misuse of herbs and chemicals to decieve or cause harm to other people, especially when they are unaware of what you're doing.

Drugging someone at a party, or putting chemicals in the food to harm a community is a form of witch-craft.

Brainwashing them through music, subliminal messages, and deceptive programing are also forms of witch craft.

If you are holding trees, stars, elephants, cows, monkeys, rocks, mountains, and certian plants, animals, and objects sacred and pray to them...you are practicing paganism.

Praying to them, sacrificing for them, trying to communicate with or capturing the spirit of them is practicing paganism.

You are giving undue honor to the CREATED instead of the CREATOR who created them.


Heathenism is polytheism or the worship of more than one god.

If you worship devils, angels, ghosts, or dead ancestors by praying to and sacrificing to them you are practicing polytheism.

When you read of "familiar spirits" in the Bible, it's talking about ancestral spirits.
Spirits of loved ones who have died.

You can acknowledge that the spirit of your mother, brother, or a past noble one exists and honor them with tributes or naming things after them.
But to actually PRAY to them or conjure them up to ask for favors and allow them to enter your body is practicing polytheism.


Many people are under the mistaken belief that you aren't a polytheist as long as you still believe in a Supreme God.

But almost ALL cultures have acknowledged that one supreme God exists, but many of them chose not to worship Him.
They said He was too great to be worshipped so they needed "mediums" to pray to and ask favors/seek protection from like smaller gods and ancestors.

If you're worshipping any god besides the Supreme God, then you're a heathen.

Word, Sound, Power. The language used by us here is English, the language of White Imperialists (British Empire). Let's take a look at one of their "important" dictionaries.

Witch (verb): To practise witchcraft; to use sorcery or enchantment.

So....Witch Craft is the ART of performing/practicing intellectual power and skill with ingenuity to produce magic.

A lot of people can identify with that.

Pagan (noun): 1. a. A person not subscribing to any major or recognized religion, esp. the dominant religion of a particular society

Heathen (adj): 1. Applied to persons or races whose religion is neither Christian, Jewish, nor Muslim; pagan; Gentile. In earlier times applied also to Muslims; but in modern usage, for the most part, restricted to those holding polytheistic beliefs, esp. when uncivilized or uncultured.

Heathen (noun): 1. One who holds a religious belief which is neither Christian, Jewish, nor Muslim; a pagan.

So if I don't "Subscribe" to a modern religion then I'm a pagan. How many of you don't deal with a lot of "modern" trends? According to one of the leading authorities on the English language (As if anyone cares about this) you are a pagan, Heathen.
K

White culture has applied these terms to religions and cultures that were different than theirs.

Definition-wise there is nothing wrong with these terms; it's the negative connotation associated with them that's the problem.
O

karmashines said:
White culture has applied these terms to religions and cultures that were different than theirs.

Definition-wise there is nothing wrong with these terms; it's the negative connotation associated with them that's the problem.
Click to expand...

A word only means what you want it to mean but if these words are used in their usual sense then they describe things that are evil and apart from God. 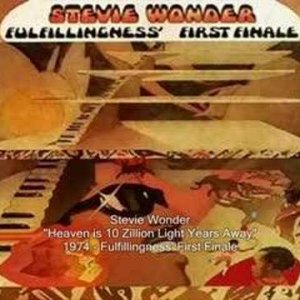