Black People : Will there be war?

Destee said:
@CraigK ... thanks for your response.

Per a quick google search ... Trolls are people who leave intentionally provocative or offensive messages on the internet in order to get attention, cause trouble or upset someone.

Based on the above, the label troll is determined by the reader of the message. While it may not be your intent to appear troll-like, asking Black People on a Black Forum to show you where Trump has ever been racist, because you cannot see it, has the potential to easily be considered an attempt to get attention, cause trouble, or upset someone.

I am willing to give you the benefit of the doubt, but that does not change the fact that the commentary is troll-like.

Given that "troll" is determined by the reader of the message, it behooves the messenger to be mindful of where they are when posting their commentary so they do not appear troll like (if that is not their intent). Basically, common courtesies must be given by those that share, I suppose.

Black people are very familiar with racism and can easily point it out, wherever and whenever it rears its ugly head. We live it. We are subject to it, and generally, the perpetrators are white.

You're not the first white person that has said ... "I don't see racism (there)." ... and it is actually offensive to me, that you see no racism in Trump, all the while talking of racism as it relates to racism against white people (in a Black forum). Yeah, that's quite troll-like behavior.

Much in the same way that you do not see your own troll-like behavior, you may also not see racism in Trump. People see what they want to see. I'm reminded of a phrase :

"There are none so blind as those who will not see. The most deluded people are those who choose to ignore what they already know".

White people are good for acting as if they see no racism, none occurred, in this situation or that. It happens probably every day. Your blindness in this capacity is not new or unique.

While you and others may be blind, we are not. We have no patience with showing white people the low down dirty racist behaviors they put upon us, as if white people are not already aware of what they do. This is lunacy and foolishness at best, in my humble opinion.

jamesfrmphilly said:
i think there will be war and blood in america.
Click to expand...

I read that as an escalation in the on going war that has been waged openly since the end of the civil war. So if you you mean there will be even more blood in the streets then is already shed daily I think it likely you're right, there are indeed darker days ahead. But as for open civil war with different sides and running battle lines? eh I don't feel it's all that likely.
My foremost reason is that the larger, the overwhelming percentage of the population in this country seems to be held in a state of 'learned helplessness' and by design lack the necessary resources to even imagine a way out of the perceived helplessness of what is felt as no way out much less do anything about it. They'll complacently accept whatever stands on their back just as they have been doing for the many years and decades long past and gratefully taking whatever sop is thrown their way. And then become distracted and drool like Pavlov's dogs at some toy or new trinket dangled before them. One could open the cage door and leave it open ( just as it has always been) and they don't try to escape their confined and defined existence they've been conditioned so well.
No, I don't see them picking up a gun any time soon Brother.
And it's also the reason a general strike no matter what the cause celebre is, and would be, so very difficult if not impossible to put together.

@CraigK ... where are you? Are you finished with this discussion?

I don't normally ask such questions, as one's absence is generally enough to surmise they are finished.

But you had such strong convictions for a man who cannot see. I was hoping we could continue.

Black People : The CIA’s Secret Global War Against the Left 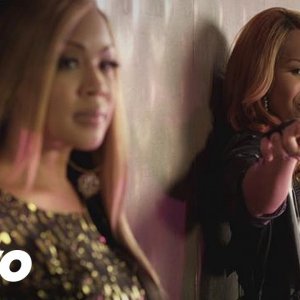