Why even go to clubs.

Nothing but Drugs and Guns going on up in the clubs.

Why not invite a few friends over, sit around and enjoy their company and your favorite snacks or Hors d'oeuvre.

Amazingly, no injuries were reported.

The fight apparently began when a bar employee asked a man who was trying to sell marijuana to leave.

A new card game of positive challenge with no judgement, or consequences. Each player helps other players by being receptive, encouraging, and supportive. Positive energy, thoughts and actions. Enjoy playing again and again. CHOOSE

Watching this bad video, I can see the cook drew his weapon from his left side. He didn't pick up a weapon.

If you can't run a business without having to have a weapon, and if you don't feel safe walking home, or down your street without a weapon.

THE TRAILER... TURNED INTO A BAR IS CLOSED

No disrespect, to small cities and towns,
but folks in these towns at times feel they have something to prove.
Many are still full of senseless gang violence, over slights and turf

Here in NYC young folks have grown out of that since the 80s.

And there are always metal detectors, and or pat downs ,
in all clubs,
except for celebrities.

Ankhur said:
No disrespect, to small cities and towns,
but folks in these towns at times feel they have something to prove.
Many are still full of senseless gang violence, over slights and turf

Here in NYC young folks have grown out of that since the 80s.

And there are always metal detectors, and or pat downs ,
in all clubs,
except for celebrities.
Click to expand...

Amanda Tighe stepped out of the elevator of the Gateway Center on Friday and into the panic that had swallowed her building.

A pack of 10 to 12 people rushed toward her, faces twisted in fear.

Tighe, a legal assistant, thought maybe it was a joke -- but only for a second.

"I could tell by the look in their faces," she said.

She raced through the lobby and out the door.

By then, the chaos that would envelop the north side of downtown was well under way. A former employee of an engineering firm, police say, was on the eighth floor of the 17-story tower and firing at people with a handgun that he pulled from a holster under his shirt.

By the time Jason Rodriguez left the building, Orlando police say, Otis Beckford, 26, was dead and five others were injured. Beckford had lived in West Palm Beach before relocating to Orlando.

The 2 1/2-hour manhunt for Jason Rodriguez shut down city streets, closed Interstate 4, and forced schools and businesses to lock down their buildings.

For much of midday, police and ambulance lights ricocheted off downtown windows, SWAT members prowled the streets with high-powered rifles and residents in north-end apartments watched the scene from their windows.

Rodriguez was ultimately apprehended at his mother's apartment on Curry Ford Road about 2:20 p.m. He surrendered without any resistance as residents of Hollowbrook Apartments looked on.

As Rodriguez was led to a police cruiser, a reporter shouted, "Why did you do it?"

The 40-year-old draftsman offered only a cryptic response.

"Because they left me to rot," he said.

Later Friday night, he shouted "Innocent!" to a crush of reporters at the Orlando Police Department as he left for the Orange County Jail.

No way to get out

The attack was downtown Orlando's first mass shooting in 25 years, and it terrified the people trapped in the building the shooter made his target. Panicked employees phoned loved ones, some barricaded doors with file cabinets, and others armed themselves with souvenir baseball bats.

At Jacobs Engineering on the 14th floor, workers were wrapping up their week -- they work half days on Fridays -- when the receptionist announced there had been a shooting. Gateway Center was locked down, they were told, and there was no way to leave.

Barbara Stiles, a 46-year-old marketing manager, said she looked out the window and saw police swarming outside, guns drawn, and a fleet of ambulances and firetrucks.

"We saw two people walk out that were put into ambulances," Stiles said, "and then I saw two other people being brought out on stretchers."

With the drama playing out beneath her, Stiles thought first of her daughter: She wanted to let her husband know she might not be able to pick her up from elementary school.

"It was actually kind of weird," she said a few hours after the incident. "It's like you're watching TV. I think it's just now starting to hit me. My stomach is absolutely in knots."

Chapin phoned 911, telling dispatchers where he and his co-workers were. They locked the doors, and one of his colleagues -- a collector of baseball memorabilia -- handed out 15 souvenir bats to arm themselves.

They were never needed -- a few minutes later a SWAT team showed up and led them to safety.

"You're sitting there watching this unfold, and all you want to do is cling onto your family and let them know you're OK," Chapin said. "You start to think about all the things you care about most in the world."

Chapin was lucky in that he was eight stories removed from the shootings.

Police say Rodriguez walked into the building about 11:45 a.m. and headed for the offices of Reynolds, Smith and Hills on the eighth floor.

He had worked at the engineering firm before being fired for poor performance in 2007. Since then, Rodriguez has held several other jobs.

Police have said little so far about what happened inside the offices of RS&H, but a charging affidavit provides some detail. 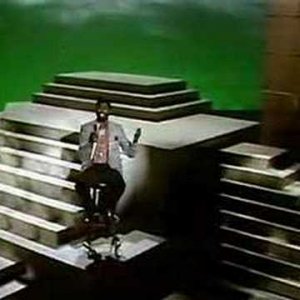