US pharmaceutical giant Pfizer has dismissed as "preposterous" reports that it hired investigators to uncover evidence of corruption against a former Nigerian attorney general.

According to a US cable released by WikiLeaks, Pfizer wanted to "put pressure" on Michael Aondoakaa.

He was heading a lawsuit against the company over a 1996 drug trial during a meningitis epidemic.

The trial allegedly led to the deaths of 11 children - charges Pfizer denies.

In a statement released by Pfizer in response to the leaked diplomatic cable published by the UK's Guardian newspaper, the pharmaceutical company said it "negotiated the settlement with the federal government of Nigeria in good faith and its conduct in reaching that agreement was proper".

The cable quoted conversations said to have taken place between US embassy staff and Pfizer's head in Nigeria, Enrico Liggeri.

It referred to a meeting between Mr Liggeri and US officials on 9 April 2009.

"According to Liggeri, Pfizer had hired investigators to uncover corruption links to Federal Attorney General Michael Aondoakaa to expose him and put pressure on him to drop the federal cases," the cable released by the whistle-blowing website WikiLeaks said.

"He said Pfizer's investigators were passing this information to local media."

Mr Aondoakaa was removed from the position of justice minister in February this year by Nigerian President Goodluck Jonathan.

according to Nigeria spokesmen on Democracy Now 12 minutes ago, the attorney general made the case,

at a certain point how much can one sell out?

AMY GOODMAN: Musikilu Mojeed, you have followed this story for your newspaper, NEXT. Can you talk about what the effect of the exposure of this trial by Pfizer had in Nigeria and the story of how Pfizer tried to smear the attorney general who was trying to bring these issues up?

MUSIKILU MOJEED: Yeah. Nigerians are clearly outraged by this revelation that Pfizer hired investigators to smear the attorney general, to blackmail him to drop the federal charges. But not a lot of people are entirely surprised in Nigeria, because before the WikiLeak cable came out, our newspaper, NEXT, had exposed the mysterious disappearance of the federal charges against Pfizer. You know, suddenly, the case just disappeared. Nobody knew how the case was withdrawn. Nigerians were not told. It was just done in secret. And our newspaper broke this story. That is, a $6 billion federal suit against Pfizer disappeared secretly, that the attorney general simply did—went into a secret deal with Pfizer and a few Nigerian lawyers without anybody knowing about it. In fact, Pfizer may have violated U.S. law, because Pfizer refused to disclose the details of that settlement, even in its filing for the quarter of 2009 to the U.S. government. So, Nigerians are clearly outraged.

And even the attorney general, the former attorney general, himself, is threatening that he might sue Pfizer for blackmailing him. But in any case, the attorney general himself is known to be terribly corrupt. So a lot of people are not surprised, because he’s know to be a corrupt man. He cannot enter the United States, because the U.S. government has barred him, has withdrawn his visa and that of his family, because he’s known to be corrupt. But a lot of people are outraged that Pfizer could go to that extent to hire an investigator to blackmail a Nigerian official. 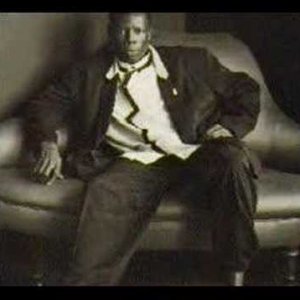