Black People : WikiLeaks Founder: 'I Could Die In A US Jail'

WikiLeaks founder Julian Assange has claimed he could be killed if he is detained in an American jail.


But, in an interview with The Guardian, he also said it would be "politically impossible" for Britain to extradite him to the United States for espionage.

Assange is currently on bail in the UK amid moves to extradite him to Sweden over sexual assault charges.

American authorities are reportedly considering whether they could extradite him to stand trial for espionage over leaked US diplomatic cables.

The WikiLeaks website has distributed about 1,900 of the more than 250,000 embassy documents it claims to possess.

Many of them contain critical or embarrassing US assessments of foreign nations and their leaders.

Assange told the paper, if he was extradited to America, there was a "high chance" of him being killed "Jack Ruby-style" in the US prison system.

Ruby shot dead Lee Harvey Oswald before he could stand trial for the murder of President John F Kennedy.

But Mr Assange also believed it would be difficult for the British to hand him over to the Americans, if there was strong public support for him in the UK.

"It's all a matter of politics. We can presume there will be an attempt to influence UK political opinion, and to influence the perception of our standing as a moral actor," he said.

He added: "Legally the UK has the right to not extradite for political crimes.

"Espionage is the classic case of political crimes. It is at the discretion of the UK Government as to whether to apply to that exception."

That guy is a pimp, i can see trough him, he loves to get attention and to be the darling of the medias. Though that wikileaks stuff is good ,Assange is just a tool for something bigger whether is conscious or un consious about it...

Seneb said:
That guy is a pimp, i can see trough him, he loves to get attention and to be the darling of the medias. Though that wikileaks stuff is good ,Assange is just a tool for something bigger whether is conscious or un consious about it...
Click to expand...

they tried to say the same thing about Dr Khaild Muhammed for revealing the truth that many did not desire to be revealed, and we see what happned to him.
a whole lotta dudes where hatin on hm cause of his suits and ride and the Co-op he had

but yet he pulled the wool off of the oligarchy

And Mumia Abu Jamal is facing death row, due to the secrets he revealed about the Phillie mayoral machine nd the secret society in the police there 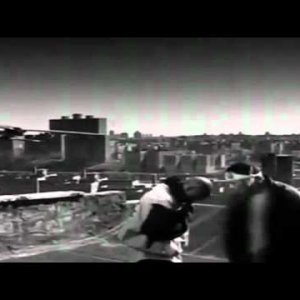