Our governments and the large corporations who corrupted them have been trying to keep the
Trans-Pacific Partership (TPP) agreement a secret until four years after it is implemented, but the
New York Time and WikiLeaks have joined forces to make it public. This trade deal has been dubbed,
“NAFTA on steroids” and places corporate profits above the rights and welfare of people and their
communities. It must exposed and destroyed. -LW

The New York Times reports: “The Trans-Pacific Partnership — a cornerstone of Mr. Obama’s
remaining economic agenda — would grant broad powers to multinational companies operating in
North America, South America and Asia. Under the accord, still under negotiation but nearing
completion, companies and investors would be empowered to challenge regulations, rules,
government actions and court rulings — federal, state or local — before tribunals organized under the
World Bank or the United Nations. …

as my political mentor did ask

what are our you for

clear what you are against

but in order to reach

The TPP What You're Not Being Told

It's referred to as TTIP in Europe it's something I am totally against and have joined up with several highly vocal pressure groups to fight its implementation in Europe.

Thank god the French are so hostile to it. The British government and the opposition have all signed up to it lock stock and barrel.

Obama Rams Through TPP With Little Democratic Support, Even from Black Caucus
by Glen Ford

(excerpt)
So rotten is the stench of TPP – a treaty so toxic it is a state secret – that only
three members of the Congressional Black Caucus were willing to side with
the First Black President.

The “Black TPP Three” are: Gregory Meeks, the corporate servant from Queens,
New York; Terri Sewell, the sell-out who misrepresents Alabama’s Black Belt;
and Eddie Bernice Johnson, the congresswoman from Texas who occupies a
special place of shame, since she also voted in favor of the disastrous NAFTA
treaty, 22 years ago.

Black People Politics : WikiLeaks: Send us Trump's tax returns so we can release them 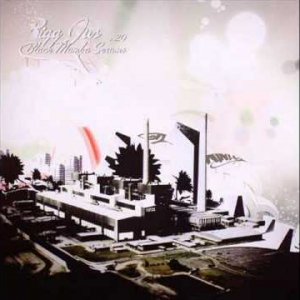