Black Spirituality Religion : Why Would Jesus Punish those that eat “SWINE” upon His Return?

This post, just as ALL of my posts, is for all those that believe in the true and living God, the one who became known as God the Father. This post is for those that believe the word's given to us in the pages of the bible (Gen. to Rev.), are the words of God (The Father) Himself, given to His Son, Jesus Christ (God the Son), written down by man, but inspired by the Holy Spirit.......just Holy Spirit!


Now that a nail has been put into the man made doctrine of the 'trinity': Read Post, “How Are They ALL "ONE"? It's NOT How You Have Been Taught!“, let's look at yet another lie that has been preached to our people. Let's consider God's dietary laws using scriptures and just a little common sense, and ask the question:

“Why Would Jesus Punish those that eat “SWINE” and other unclean foods upon His Return?”

This is something that God's word tells us will happen upon Jesus return. Yet there are those that claim that God's dietary laws have been done away with.

If God's laws have been completely done away with, that would mean NO ONE should be punished for ANY food they may eat....but yet we can read where Jesus, upon His return is going to do just that....punish some for eating what He said should not be eaten and is an abomination!

Now why would He do that if in fact His dietary laws have been nailed to the cross, as some claim?


Forum.....please consider this question! The rest of this post is coming soon...I just want you to think and ask yourselves how is this possible.....


Or.....could it be that God NEVER did away with His dietary laws in the first place?


You cannot have it BOTH ways!

Readers......let's now go to the word of God to find what will become of those that believe God's dietary laws have been done away with. But first let’s once more confirm just who it will be that will NOT make it into God’s kingdom;

Rev.22
[14] Blessed are they that do his commandments, that they may have right to the tree of life, and may enter in through the gates into the city.
[15] For without are dogs, and sorcerers, and whoremongers, and murderers, and idolaters, and whosoever loveth and maketh a lie.

It should be clear now who it is Jesus will punish when He returns and who will NOT be in the kingdom of God; those that transgressed/broke His laws; sinners.
Now let’s read of the same event…the coming of the Lord and His rendering punishment to those that have not kept His laws;

Isa.66
[15] For, behold, the LORD will come with fire, and with his chariots like a whirlwind, to render his anger with fury, and his rebuke with flames of fire.
[16] For by fire and by his sword will the LORD plead with all flesh: and the slain of the LORD shall be many.

Again, we know what time this is; it is the second coming of the Lord. Let’s now read of a few people God singled out that He will punish;

[17] They that sanctify themselves, and purify themselves in the gardens behind one tree in the midst, eating swine's flesh, and the abomination, and the mouse, shall be consumed together, saith the LORD.

Now why on earth would God punish someone for eating ANYTHING?

According to most, those old dietary laws were done away with at the cross. And yet we have people being "CONSUMED" by Jesus for doing just that; “…eating swine's flesh, and the abomination, and the mouse, shall be consumed together…”.

Why is God going to "CONSUME" somebody for eating swine, the mouse and ALL things He said were an abomination.

This scripture MUST come to be! God IS going to consume some for eating those things He said were an abomination!


Forum…….are you sure ALL of God’s laws were nailed to the cross?

Forum…….are you sure ALL of God’s dietary laws were done away with?

Now I know some have been taught that God's dietary laws were nailed to the cross.....but as you just read above, some will be punished for doing the very thing your preacher told you was done away with.

So which is it? Did your preacher lie? Did he ever read these scriptures to you? Of course not...because if he preached the above scriptures that would mean all that he taught you about God's dietary laws being nailed to the cross was all a lie!


God's word tells us we are to use scriptures for correction. Well, take Isa.66 vs. 17 to your pastor and ask him to please explain why God is going to punish some for eating unclean foods if His dietary laws were done away.....see what he says!
This is just one of many lies that have been preached to you Israel!
.

Am I missing something here? If pork was the only thing someone had to eat, they should starve to death because pork is swine?

I know hunger and it's not pretty. So a person should suffer rather than eat bacon?

I'm speaking in extreme terms, where there are no other choices.

MS234 said:
Am I missing something here? If pork was the only thing someone had to eat, they should starve to death because pork is swine?

I know hunger and it's not pretty. So a person should suffer rather than eat bacon?

Well....let's look at a very extreme case where servants of the Lord was presented with this same situation....let's read if God made a way for them;


Dan.1
[1] In the third year of the reign of Jehoiakim king of Judah came Nebuchadnezzar king of Babylon unto Jerusalem, and besieged it.
[2] And the Lord gave Jehoiakim king of Judah into his hand, with part of the vessels of the house of God: which he carried into the land of Shinar to the house of his god; and he brought the vessels into the treasure house of his god.
[3] And the king spake unto Ashpenaz the master of his eunuchs, that he should bring certain of the children of Israel, and of the king's seed, and of the princes;
[4] Children in whom was no blemish, but well favoured, and skilful in all wisdom, and cunning in knowledge, and understanding science, and such as had ability in them to stand in the king's palace, and whom they might teach the learning and the tongue of the Chaldeans.


Once again we find the nation of Israel as captives for not keeping God's laws. This time it is by king Nebuchadnezzar. Notice that of the captives the king wanted certain individuals; those that had understanding in science, all knowledge and wisdom and was able to learn the king's language. Let's continue....

[5] And the king appointed them a daily provision of the king's meat, and of the wine which he drank: so nourishing them three years, that at the end thereof they might stand before the king.


Now we find that the king provided food and wine for 3 years so that they would be able to stand well before him. Let's now read who some of these captives were...


[6] Now among these were of the children of Judah, Daniel, Hananiah, Mishael, and Azariah:


So we find that God's servant Daniel was one of those selected to work for the king. Let's find what Daniel thought of the kings provisions....


Now I ask you.....can you think of a more extreme case; Captured by a strange king, chosen to work for the king but ordered to eat unclean food. Let's see what God did for His servant...

[9] Now God had brought Daniel into favour and tender love with the prince of the eunuchs.
[10] And the prince of the eunuchs said unto Daniel, I fear my lord the king, who hath appointed your meat and your drink: for why should he see your faces worse liking than the children which are of your sort? then shall ye make me endanger my head to the king.
[11] Then said Daniel to Melzar, whom the prince of the eunuchs had set over Daniel, Hananiah, Mishael, and Azariah,
[12] Prove thy servants, I beseech thee, ten days; and let them give us pulse to eat, and water to drink.
[13] Then let our countenances be looked upon before thee, and the countenance of the children that eat of the portion of the king's meat: and as thou seest, deal with thy servants.
[14] So he consented to them in this matter, and proved them ten days.
[15] And at the end of ten days their countenances appeared fairer and fatter in flesh than all the children which did eat the portion of the king's meat.
[16] Thus Melzar took away the portion of their meat, and the wine that they should drink; and gave them pulse.


Not only did God make a way for His servant...but we see that His way was better than the ways of man!


If you are a servant of God, trying your best to keep God's laws, do you truly believe He will put you into a situation where there is only unclean food to eat?.


I have traveled many places and not once did God ever fail in providing clean food for me to eat!


God will always make a way!

Eccl 12vs13 said:
I have traveled many places and not once did God ever fail in providing clean food for me to eat!
Click to expand...

Everyone who has lived or will live won't live your life.

Now can you answer the question? If confronted with the choice of eating bacon or dying which would you choose if you could possibly see yourself in another persons shoes. 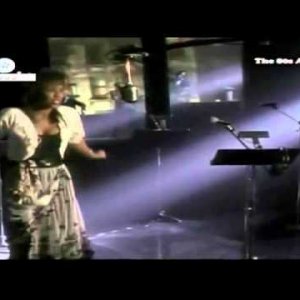