Received this in an email.....makes sense to me!

...as hard as it is to accept a black president, it's even harder to accept a black first lady. First Lady has always held a beloved sentimental mother/wife of the nation symbolism. Conservatives are not ready to have to look at this very BLACK woman with her degrees and her fierceness and see her as the epitome of the American mother/wife.
This will be a first for white people. They do not want this black woman in the Whitehouse as their first lady. That New Yorker cartoon was [actually] about Michelle - she was its focal point…..look closely... she is the leader, the one starting the "revolution" they
want you to imagine…………

MSNBC's Chris Matthews said, in the course of covering the Obama candidacy, 'He (Barack Obama) brings none of the20' bad stuff, you know?" By 'Bad Stuff', he meant the legacy of [whites] enslaving Africans in this country, keeping them as second-class citizens until 1965, a mere 11 years before this country celebrated its 200th anniversary. You know, 'the original sin', or ' the birth d efect', as Condi Rice called it. Barack escapes this 'bad stuff' only because his mother was white and may have had ancestors involved in the slave trade; and also because Barack's father was not African American. He was full blooded African and therefore Barack had no ancestors enslaved by
America - and so the white guilt factor is missing when they think of
him. HOWEVER, NO SUCH LUCK WITH MICHELLE!

Michelle Obama is a direct threat and lightening bolt against White Superiority. Because, she's Black… VISIBLY BLACK… But it's important to note, she does not, in any way,
shape, or form, contour to the acceptable Black Pathologies that enable White Supremacy to sigh with relief. [welfare mother, fatherless child, druggie, etc.] Michelle was raised in a neighborhood. In a home. With TWO parents. No child revolving in and out of jail. Raised by a Black man who not only provided for his family, but did so, WITH A DISABILITY. Her mother had a working class job - secretary- but it was taken ONLY
after she had seen her youngest child settle into HIGH SCHOOL.

Michelle Obama's poise, her confidence, her aura - that was created by that humble Black man, who by all accounts, adored her. He told her that she is worthy, and so, when you have that told to you by the first man who loves and protects you, you seek that validation of that in your choice of mate, you'll settle for nothing less, and Michelle hasn't.

In ONE generation, the face of this 'Invisible America' has gone from living on the top floor of a bungalow, to the possibility of living in The White House. And yet, Michelle Obama, refuses to say " I' m special", in order to give white America its usual security blanket [that she is one of the exceptions rather than the rule], So what should be done?

Beat her down into submission.

Michelle Obama represents everything we black women want our daughters to be. When we stand up for her we stand up for ourselves. No other women in the world are more neglected and abused as African women period. Michelle looks like [our] daughters, her daughters look like us. We love the way Barack looks at her we adore the way he looks at his daughters. The Obamas represent the hope that we can be loved by our men and they will support us in whatever we do. Little African American girls need a vision and
dream of what it is like to be loved by a man who looks just like them.

Is she going to be the face of The Woman on the largest pedestal in the country? A self-confessed "loud-mouth" black woman? If the Obamas succeed, it turns white supremacy upside down. And not because a black man is in the White House; but, because a black
woman will be there who didn't have to come in the back door to lie in bed with the president.

I'm sure this does make sense to you-

I'm sure this does make sense to you-

why gee thanks Clyde.

What does it mean to you, if anything:?:


truetothecause said:
why gee thanks Clyde.

What does it mean to you, if anything:?:

You are welcome Abena. If anything, it means quite a bit!

I hate to sound material & shallow, but at least she looks good. Have you looked at those former First Lady's. 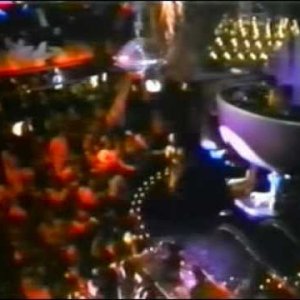