Why wait unitil he passes?:Muhammad Ali

Muhammad Ali-Haj (Arabic: محمد على) born January 17, 1942 (as Cassius Marcellus Clay Jr.), nicknamed as "The World's Greatest", is a retired American boxer. He is considered by many to be the greatest heavyweight boxer of all time, as well as one of the world's most famous individuals, renowned the world over for his boxing and political activism. In 1999, he was crowned "Sportsman of the Century" by Sports Illustrated, and is considered by many to be one of the greatest athletes of the 20th century.

Ali had a highly unorthodox style for a heavyweight boxer. He carried his hands at his sides, rather than the orthodox boxing style of carrying the hands high to defend the face. Instead, he relied on his extraordinary reflexes and footwork to keep him away from his opponents' blows.

Professional career
In Louisville, on October 29, 1960, Cassius Clay won his first professional fight. He won a six-round decision over Tunney Hunsaker , who was the police chief of Fayetteville, West Virginia. From 1960 to 1963, the young fighter amassed a record of 19-0, with 15 knockouts. He defeated such boxers as Tony Esperti, Jim Robinson, Donnie Fleeman, Duke Sabedong, Alonzo Johnson, George Logan, Willi Besmanoff, and Lamar Clark (who had won his previous 40 bouts by knockout), Doug Jones, and Henry Cooper. Among Clay's more impressive victories were against Sonny Banks (who knocked him down earlier in the bout), Alejandro Lavorante, and Archie Moore (a boxing legend who had won over 200 previous fights). Cassius became the number one contender for Sonny Liston's title. Liston was greatly feared, and some have said that he was the Mike Tyson of his era. Almost no one gave the young boxer a chance of beating Liston. The date was fixed for February 25, 1964; during the weigh-in, the boisterous Ali declared that he would "float like a butterfly, sting like a bee."


First title fight
Main article: Ali versus Liston
Clay, however, had a plan. Misreading Clay's exuberance as nervousness, Liston was over-confident, and unprepared for any result but a quick stoppage. In the opening rounds, Clay's speed kept him away from Liston's powerful head and body shots, as he used his height and reach advantage to effectively beat Liston to the punch with his jab. By the third, Clay was clearly on top, and had opened a large cut under Liston's eye. Liston regained some ground in the fourth, as Clay was blinded by a foreign substance. It is unknown whether this was something used to close Liston's cuts, or applied to Liston's gloves for a nefarious purpose. Partially-sighted, Clay passively sought to escape Liston's offensive. He was able to keep out of range until his sweat gleaned the ointment from his eyes, responding with a flurry of combinations near the end of the fifth round. By the sixth, he was looking for a finish and dominated Liston. The end came after that round, when Liston retired on his stool, later claiming his shoulder had become dislocated. Clay leapt out of his corner, proclaiming himself "King of the World", and demanding the writers eat their words.

Clay was duly crowned the heavyweight champion of the world. He would reconfirm his abilities when he knocked out Liston in the first round of their rematch in Lewiston, Maine on May 25, 1965, albeit controversially, as few observers saw the "phantom punch" that floored Liston. Because boxing insiders knew that Liston's career had been in part sponsored by organized crime interests, there were whispers that Liston had taken a dive. However, film analysis and eyewitness accounts indicate that Ali did land a short, hard right cross, too quickly for most spectators to see accurately. Ali himself suspected at first that Liston could have gotten up from the punch but stayed down; hence the famous photo of Ali, standing over the fallen Liston and shouting at him to get up. No evidence or testimony supporting a fix has ever been produced. It is possible that Liston was out of shape for the fight and had little faith that he could dent Ali's style any more than he had in Miami; so, when Ali knocked him down, he simply lost his will to continue. However, Liston did seem to rise on wobbly legs (referee Jersey Joe Walcott, possibly because of Ali's antics and scornful rebuke of Liston, hesitated at first to count Liston out), and Liston apparently offered no defense as Ali resumed the fight for a few seconds before Walcott retroactively declared the fight over. That November, Ali met and defeated former champion Floyd Patterson. Patterson had been a childhood hero of Ali's, and as such Ali was terribly hurt by the fact that Patterson refused to acknowledge the new name he had taken, his conversion to Islam, and Patterson's insistence that Ali was a bad role model for children. Ali resolved to humiliate Patterson in the ring, and Patterson, well past his prime, was helpless to do anything about it. The referee stopped the fight in Round 12, after Patterson had taken a terrible beating.

Ali was diagnosed with some type of Parkinson's syndrome in the early 1980s, following which his motor functions began a slow decline. This was eventually determined to be Pugilistic Parkinson's syndrome, but in the 1980s [2] and even into the late 1990s [3] some doctors (and Ali himself for a time) suggested the the ailment was not degenerative, not Pugilistic Parkinson's, and even that it was unrelated to boxing - positions now largely abandoned.[4] By late 2005 it was reported that Ali's condition was notably worsening.[5]. According to the documentary When We Were Kings, when Ali is asked about whether he has any regrets about boxing due to his disability, Ali responds that if he didn't box he would still be a painter in Louisville, Kentucky.

Despite the disability, he remains a hero to millions around the world. In 1985, he was called upon to negotiate for the release of kidnapped Americans in Lebanon. In 1996, he had the honor of lighting the Olympic flame in Atlanta, Georgia. Every public appearance by Ali is treasured, including his appearance at the 1998 AFL Grand Final, where NFL Hall of Famer Anthony Pratt recruited him to watch the game.
B

I agree. Why wait untill he is dead??? Ali is one of my greatest heroes. When speaking of Ali I am usually careful to point out that his notoriety as a boxer has absolutely nothing to do with my admiration for him. His stance against racism is without a doubt another example of the tremendous courage and resolve of the sisters and brothers who stood up for us. I'm surprised that he wasn't killed for challenging white racism so bluntly. But they didn't let him get away with no scars.

The years that he was banned from boxing would quite likely have been his best. He was still young enough that his athleticism was there, and he had enough fights by then to be a seasoned pro.

When I began to learn about Black conciousness in the 80's I decided that I would adopt the names of two brothers who I felt deserved to be admired for their sacrifice in the struggle. One was Malcolm X (el hajj Malik el Shabazz) and the other was Cassius Clay (Muhammad Ali). Thus, I took the name Malik Muhammad.

Honoring our ancestors lifts them and gives us their strength. Good job.

He is Indeed the World's greatest. 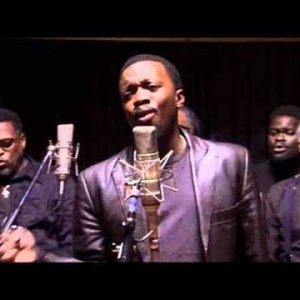