Black Christians : Why Jesus did not avoid crucifixion?..

Why Jesus did not avoid crucifixion?

The human incarnation was totally negated because before Prophet Mohammed, Jesus claimed Himself as human incarnation and was bitterly crucified in spite of His best preached knowledge and exhibition of genuine miracles. He did not oppose the crucifixion by doing a miracle since such crucifixion was will of God to generate kindness to melt the stony hearts. Jesus attached the cut ear of a soldier and proved that He can avoid the crucifixion through His miraculous power. Without understanding this, people crucified Him mocking the miracles as magic and mocking Jesus to protect Himself if He has real miraculous power. People were not having patient analysis to find out the truth completely.

Kirshna kept silent, when He was shot dead by a hunter. When the hunter was repenting Krishna consoled him not to repent since it happened as per the divine program of God (Himself called as Vidhi). The reason behind this is that Krishna wanted to leave this materialized body to go to His abode. Similarly, it is the divine program that Jesus should be crucified to melt the stony hearts of the people in future so that devotion can develop. Devotion (love to God) can’t develop when the heart is hard and harsh. In fact, before crucifixion Jesus prayed God to avoid the crucifixion if possible since the body will be unable to tolerate the torture. This means that Jesus knows that the crucifixion is going to happen. He also said that let the crucifixion, which is will of God, take place. This means whatever happens in the case of human incarnation, it proceeds as per the divine program set by unimaginable God (Parabrahma).

Jesus performed several miracles in a specific angle, which is to attract the ignorant people first by miracles and then preach spiritual knowledge to protect Pravrutti (balance of society). The miracles were a must, in His case, because almost all the public was in the climax level of ignorance. Ignorant people will never pay attention to preaching unless significant miracles are exhibited. Scholars can receive preaching even in the absence of miracles. In fact, top most scholars even neglect miracles giving top most importance to spiritual knowledge only. Even though Shankara entered the house through bolted doors through miraculous power, Mandana Mishra neglected it and respected Shankara only after seeing His exceptional spiritual knowledge. Hence, miracles of Jesus in that time for those ordinary people were quite justified. All these miracles were performed by the Divine Father only and not by Jesus as Mary’s son. Since Divine Father as Holy Spirit merged with Jesus, Jesus can be taken as Son of God totally representing the Divine Father. It is very important to see which angle is taken by you when you take the name of Jesus. Hence, Jesus as son of God performed all the miracles, which means that all the miracles were performed by Divine Father only. Therefore, avoiding crucifixion was the intension of Jesus as son of God (or the Divine Father Himself) and the last prayer done by Jesus as Mary’s son was only to avoid the crucifixion proposed by the Divine Father or God.

In order to avoid ego based jealousy towards the human form of God, one shall stop ego based jealousy towards co-human beings as training for not repelling the human form of God. One must come out of repulsion between common media by serving the humanity with respect, love and devotion. This is the meaning of the slogan that serving humanity is serving God. Sometimes, this also becomes true since some human being may be a hidden human incarnation! This training certainly helps you to recognize and serve the human incarnation. The service done by you to the humanity without aspiration for any fruit in return becomes also the training for the similar service that has to be done by you to the human form of God. If you serve the humanity aspiring for the fruit (votes) in return, you become a politician only in the political field, but, not a devotee in the spiritual field!

The main identification of human incarnation is true spiritual knowledge, which is the inseparable associated characteristic of God as said in the Veda and the Gita (Satyam Jnaanam…, Jnaaniitvaatmaiva…). The true spiritual knowledge alone gives the right direction to the souls in the spiritual efforts and hence, this is only the real need of any soul from God descended down in human form.

Lord tolerates anything, even things which damage

When the bonds with wealth, children and husbands or wives are fully broken, salvation is complete. Even Lord Jesus patiently suffered all the negative criticism and all sorts of insults to protect His devotees. This shows the divine love of Jesus. Jesus kept silent in the court when He was charged with so many crimes. The silence shows His deep love towards His devotees. Due to such silence alone did the judge order crucifixion. Unless the crucifixion was implemented, He could not have suffered for the sins of His devotees. Thus, the Lord tolerates anything, even things which damage His personality for the sake of His devotees. Due to the crucifixion, devotees misunderstood Jesus and criticised Him as incapable. Here, the firm faith of the devotees was tested. 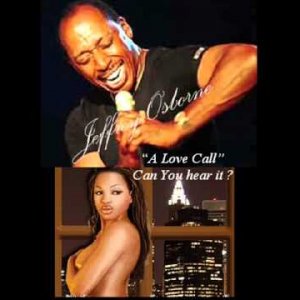