The Front Porch : Why Is the African (Black) Woman the Only Hope for Humanities Survival?

How many are aware that genetically the modern human comes from Africa and all others are mixed with either Denisovan (Asian) or Neanderthal (Caucasian) early less evolved humans/These people have less melanin (Melas meaning black) In fact black skin was the reason both Greeks and Romans believed The Ancients of Africa were such geniuses! Now thousands of years later the world is being drastically changed by the greed of men who for centuries have tried to wipe out the true Kings and Queens of the planet. The Indigenous melanated peoples of the world look up indigenous on google pictures and you will find one common denominator on all continents...they are black or brown skinned! Now because of a multitude of reasons those without the gift of melanin the catalyst for life itself are finding themselves unable to bear healthy children in great numbers or dying from Cancers,premature old age, drug and psychological afflictions.

A Norwegian study that was recently released exposed expounded on how extreme heat not only causes caucasians to have lower birth rates but also shortens their life spans by 5 to 10 years! Researcher Gine Roll Skjærvø found that for Europeans more sun means fewer children and grandchildren.But they are not the only ones affected lighter skinned Asians are also seeing a great decline and China is expected to lose half of its population by 2060 and japan and Singapore as well as South Korea are expected to be functionally extinct by 2100 if the current trends continue. Thus the push into Africa by many Asian men. Chinese in particular because they have far fewer women than men due to their history of aborting females. In the nineties the average female sent to an orphanage had a life expectancy of five years!The majority of China's population is old men they spent decades discarding female children and having abortions and infanticide of females now there are too few women in China and most Chinese men will remain lifetime bachelors what angers them is that black men come to their county and the women choose them first as partners just as they do in European countries! Melanin is the fountain of youth,and the catalyst for all life production! In nature, if a species is dying, it will literally mate with a stronger species in order to transfer and preserve its genes.

Thus, the women subconsciously choose those who will allow their genetics to survive the Alpha males! All of this hatred, violence, intimidation, domination, etc., is all coming from the minds of the irrational sick, homicidal, suicidal, fragmented thinking, reptilian brain, albinoid peoples who because of climate change and the increase of UV radiation are losing their ability to procreate these non melanated peoples are trying to win a battle against nature; but this battle has already been lost.Sperm counts have plunged by nearly 60 per cent in just 40 years among men"living in the West" (ie. Europeans),The same trend was not seen (or reported)in other parts of the world until recently, those areas less affected have melanated poplations such as South America, Africa and Southern India and Southeastern Asiaall of which have Eumelanin dominant populations!

But China imposed a one child law and chose not to bear female children and although the first chinese were black the Chines historically warred with those people and became a more homogenous people weakening their diversity (Africans have the most genetic diversity on the planet). This is why most Asians have poor eyesight as well lack of melanin and weaker genetics According to Asian Scientist magazine "An international team of scientists completed the largest study into the genetic causes of poor eyesight, discovering at least 24 genes that are associated with refractive error, the most common eye disorder worldwide. A refractive error occurs when the eye fails to focus light properly onto the light-sensing cells at the back of the eye, known as the retina. Refractive errors frequently result in blurry vision and may cause blindness in extreme cases. The most common form of refractive error, myopia (near-sightedness), affects up to 80 percent of Asians and over 30 percent of European populations". As for the USA The nation’s overall fertility rate (62 births per 1,000 women age 15-44) hit an all-time low in 2016, based on data dating back to 1940.Nebraska’s fertility rates have continued to climb relative to the U.S. average since 2000. During the 1990s, Nebraska’s rate was at or below the national average, but has since climbed to be 17 percent higher than the national rate in 2016.The rates in Nebraska are particularly noteworthy for both Hispanic and non-Hispanic Black women between the ages of 15 and 44; the two groups are 30 percent and 50 percent higher than the national average, respectively. Note: it is the inclusion of white Hispanics that brought the number down to 30% otherwise Black hispanics would be at 50% higher as well!

the front porch is just for intros. you probably want to put your post into a more suitable forum.

Thanks, I appreciate the guidance. 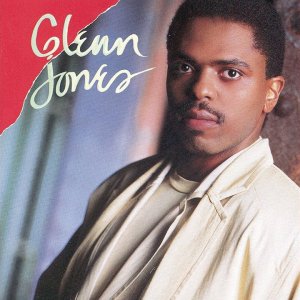