Chief Elder Osiris : Why I Think Of Afrika AndOf Black Afrikan People, As I Do

Why I Think Of Afrika And Of Black Afrikan People, As I Do


There Is Much More Where This come From.
o_akkebala2002@yahoo.com


Keep Sharing The Divine Truth And Maybe , Just Maybe Somebody Black Might Hear you.


To all of my friends and foe alike, may a new journey begin around the mother of our solar system and may you become Divinely enlighten each day of your journey.

Many of us make claim to love Afrika and spare the confession of loving the Black Afrikan, and with the use of such an emotional term, which is an expression of feelings that are unstable, which have me to be reluctant in using such western term of emotional engagement, such as love.

When expressing in earnest your emotional attachment to something or someone, what you are doing is informing, that your mind is so involved with the subject being focused upon, to the extent that it give to you very strong exhilaration that give off a sensations of fulfillment, which you refer to as Love.

I am constantly in self training to acknowledge what we call feelings, such is an activity taking place with the sense to mind interaction, being expressed with verbal description, and if the sensation is a pleasant one, we acknowledge with approval by indicating a vibration we call love, or if the sensation is unpleasant, we call it hate or not amusing, to indicate dissatisfaction.

So, I know why I Think of Afrika as I do, and why I Think of Black People as I do, which is with great admiration, not because of the way we act and behave today, but because of the way we acted and behaved back when honor and respect meant something to our Ancient Divine Cosmic First way Ancestors, as they lived in such a way that revealed an advance they had in the method of Thinking about the Divine essence, the Universe, and about Life of a people who are of the ingredient of the INFINITE Divine Darkness.

I share with you that which I do not believe, but that which I know, and you resent such information that you no longer is familiar with, as you are no longer vibrating in your Divine frequency.

Revelation is a sign of the not use of your Mind, it is Divine information that come from beyond your mind while engaged in meditation, out away from concentration, in an act of soulful dedication.

Belief is a sign of notification and dictation, information that come from your imagination without verification.

There will be events that take place in this Time, that will be of a Divine happening that will have you to know much of what you have forgotten, such information will be relevant to the time of When, and the Time that is now, referencing the past and the presence.

This is the time of Divine enlightenment to come to you who have been made blind by the false light, as so shone by Lucifer the deceiver upon you.

We are moving now in a cycle of no return, a journey into infinite dimension, where Divine truth and Reality exist.

I am at that point in Time where I will terminate my sharing with you, information that is beyond your present Mind to appreciate.

I HAVE SHARED WITH YOU INFORMATION WITH NO INTENT TO CHALLENGE THAT WHICH YOU BELIEVE.

THE DIVINE TRUTH DOES NOT CHALLENGE, IT ONLY REVEAL THAT WHICH IS DIVINELY REAL.

Only the lie has a want to challenge that which reveal its true status in the community of information.

The lie is desperate in want to remain covert in its action, and only the believer has a want to preserve the Lie.

I Think of Mother Earth in the way that I do, with honor and devotion, because she provide all that is needed for you to be Divinely alive, and to Divinely live as you have been styled to be, by the Divine Essence.

I Think of the Black Afrikan with such Divine Thoughts, because I know who you were in Time when, a Time when you were one in Harmony, Order, and Balance with the Divine Essence, living the life that come with your body.

My Divine Thoughts about you Black Afrkans, are without expectation, nor are they with condemnation, because I know the limitation that Lucifer has calibrated us with.

We no longer function with a mind that will allow us to Think, Know, and Understand as we did in the time of when.

Beloved, Now is our most potent enemy, because we have grown to despise our time that verify us, in the Time of when.


So, in this Time of another solar journey, many of us will not make another complete cycle, knowing that Divine truth does not place a dimmer upon my Divine mind thoughts, which has only in revelation Divine admiration I have for you, based upon the fact that I know you in the Time of when.

Be Kind To Yourself Beloved. 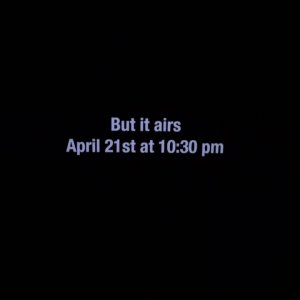