Black People : Why does the same side of the moon always face Earth?

Though the moon does rotate around its axis, the speed with which it completes these revolutions match the amount of time it takes to orbit around the Earth, leading the same side to be faced toward Earth at all times. This process takes a about month, meaning the moon's days are as long as an Earth month.
=====================================
Always in Love with My Lady!
Keep with her stride.
She sweet, round curvy sweet.
Pulling at my inner Nature.
Barking like a dog. More so ALONEWOLF!
" If you know something is wrong or bad.

UBNaturally said:
Considering this, the rotation of the Earth around the sun should, or may eventually exhibit the same pattern.
Click to expand...

http://www.answers.com/Q/Which_has_more_gravitational_pull-sun_or_earth
Granted, the premises of this question depends on where you are relative to the earth and sun, but if you were placed in the middle of the two, the sun would have a much larger pull (after all, the suns mass is roughly 333,000 times greater than the Earth's).

It is said the rotation of the earth is slowing down. As it slows it is also stated it must move farther away from the sun at those times. The earth axis can be upset, by rotation, slowing down possibly and man playing scientific theory into trail out too far.

The MOON_Must Be a Lady!

She still wont let me go.

UBNaturally said:
Some of this gets confusing after awhile, which is why I like to ask other "non-scientific" people questions to see if they can rationalize it before running to a "science" book.

I was attempting to balance the idea of the moon orbiting the earth, but "staying locked", but the earth orbiting a much larger object that has a much larger gravitational pull, does not.

On the other hand, have a look at the supposed moons of Mars...

Both of these images are supposedly of Deimos

Both of these are supposedly of Phobos

Also notice (2nd link has a video, CGI of course) how they are able to get images of all sides of this, but not a 360 look at Earth's orbital rock that they have landed on over 5 times.


Choose what image(s) to accept, no idea which ones are photos or computer generated.

But here is a video that mentions stretch marks on Phobos, and it's apparent doom as gravity is purportedly pulling it apart


When researching the many supposed moons of Jupiter, things get rather interesting and more intriguing.
Click to expand...

You may want to take a look at this.
7 Irregularities That Suggest Earth’s Moon Was Engineered

UBNaturally said:
5) Incredible orbit. Earth’s moon is the only moon in the solar system that has a stationary, nearly “perfect” circular orbit. It’s a fact that the Moon does not spin like a natural celestial body.

In other words, our Moon does not share any characteristics with other moons found in our Solar System. If it wasn’t strange enough, from any point on the surface of our planet, only one side of the Moon is visible. What is the moon hiding?​

This portion of text seems to contradict the "scientific" video posted on "Phobos"
Will share it again for simplicity:

Why doesn’t our Moon rotate like other moon do in solar system ??
http://www.abovetopsecret.com/forum/thread357508/pg1

So either this video is bunk and void of truth, or very few if anybody really knows about any of this... and it's all just suggested reasonings.
Click to expand...

Do not let science become another religion where we tend to believe what is told to us by the people in charge of disseminating information.
A NASA con job? you be the judge.

Don't let "science" become another religion and believe all the things they tell us.
This video actually tells us that we never went to the Moon without actually saying so.

Now let us take a look at this.

Do you see anything?

C
Black People : Live Thyself, What Does It Mean?

Apr 23, 2020
Chief Elder Osiris Akkeba
C
C
Black People : Are We To Accept The Notion That COVID-19 Does Not Make Jail And Prison Visit???

C
Black People : I Am Not Beholden To Anything So Call Black Leadership Does

Jan 6, 2020
Chief Elder Osiris Akkeba
C
C
Black People : A Disrespectful Mind For Time, Is A Mind That Does Not Use Time Wisely!!!

Black People : What does this mean? 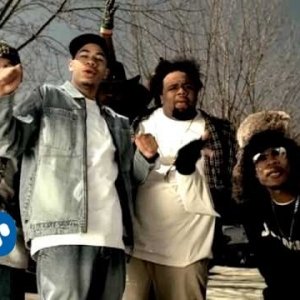