BLINDFOLDED LADY OF JUSTICE
By Andre Austin
The Egyptians are reputed to be the most ancient people and they have always had laws and a constitutional system. Thus we ought to make full use of what has already been discovered” The politics Book 7 by Aristotle
How did black people go from being the most influential on Greek law to the law now used in the USA primarily to destabilize black communities and families with defacto Jim Crow laws?
Egyptian Iconography

UNCLE C.TOMAS vs. SAMBO & Quimbo
By Andre Austin
Sambo is anyone who snitches informs or selling out his race
The novel Uncle Tom’s Cabin was a part of the ammunition that led to the Civil War. Now through an elaborate mischaracterization the term Uncle Tom is now a negative term towards black men. In the book Uncle Tom:

1. Helps a sick black slave with her cotton bag
2. Refuses to snitch on runaway slaves
3. Helps saves a drowning white child
4. Made into Christ figure by being whipped to death by two black Sambo’s

The term Uncle tom is not appropriate label for someone who is white on the inside and black on the outside and sells out his race by placing his personal gains with whites ahead of the rights and gains of his people. The real villain was another black slave named Sambo. Sambo was childlike and musical and totally committed to the white master and used every opportunity to undermine the other slaves.

Sambo, in many respects, was like today’s black conservatives church leaders, music and sports, entertainment figures. The Sambo character personified a very successful social control created by conservatives. Blacks will rise when we learn who helps and who hurts the race. Sambo was the black slave character in numerous novels and movies who was willing to pick up a weapon and defend his master against the approaching union army or hide the masters sliver from northern carpetbaggers. What is the difference between the fictional Sambo characters and today’s real-life blacks who join the conservative movement to argue against affirmative action, black reparations and set-asides. They declare that the world is now color blind, and are opposed to any policies requiring whites to share the socioeconomic burden that centuries of slavery and second class citizenship have imposed on blacks.
Isn’t espousing a color-blind race-neutral, melting pot society, a modern way of hiding the master’s silver and gold? What are black conservatives conserving when black America is burdened by poverty, crime, unemployment, homelessness and other social pathologies.
Now in our upside civilization the villains are the ones trying to help and family and race and the hero is black Sambo who makes an alliance with whites for individual help at the expense of Black community progress. Blacks must seek out self-empowerment and self-determination. The opposite of self-independent economic growth is the Sambo route of looking to access white power holders for a share of their power. Unity and group power is the best ingredient for black progress.
Conclusion:
In the end may we pray that the black conservatives will see the light of the self-destruction they creating instead of self-empowerment. Even Sambo and Quimbo in Uncle Tom’s Cabin eventually saw the evil of their ways “He’s most gone, Mas’r, said Sambo. “Oh, Tom” said Quimbo, we been awful wicked to ye. Will Clarence Thomas and other Sambo’s like him see the light of the evil ways?

Brother AACOOLDRE : THOMAS JEFFERSON WALL TO SEPARTE CHURCH & STATE: Was he influenced by Count Volney’s Ruins of the Em 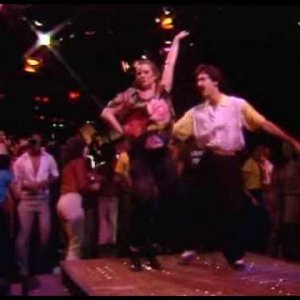