Black People : Why Black Afrikans In America All Of A Sudden Dislike Trump Very Much???

Why Black Afrikans In America All Of A Sudden Dislike Trump Very Much???

Beloved, There Is Nothing That Trump Your Freedom!!!

Black Afrikans in America serves as a clear example as to why there is no Divine Change to the way we live and look at ourselves without being able to see ourselves for who we have become by losing our Nature of Design, the Divine Mind.

Listen beloved Black Afrikans in America, not by choice, you who are the direct descendants from our Enslaved Afrikan Ancestors, Trump is no different than those other presidents that have come before him, and yes, that include that sorry behind Obama, all those who has sat in the seat of the presidency of the United States Of America was no different than Trump is in term of behavior toward America and toward your Black in America not by choice behind.

The only difference is that Trump is wealthy and bold enough to let the world know where his allegiance resides and that is too white America, and he is doing all he can to make it livable in a proper way for white Americans and because we still occupy the position of loyal servants to America, whatever change Trump causes to come to white Americans Black Afrikans in America, not by choice, is exposed to in a limited exposed way, that is the way it has always appeared to have been under all of those other American presidents with no elimination of America Racism and Unjust Prejudice against Black Afrikans In America.

So, Trump is no different than a Kennedy, Johnson, Nixon, Reagan, Bush, senior and Junior, Obama alike, all are/were alike when occupying that white House, the only reason your Black behind dislike Trump so much is because those phony behind liberals who own your Black behind believing mind, tells Black Afrikans in America what to believe and never to Think, so we Black Afrikans believe as we do about Trump and do not have a Mind qualified that have you Thinking concerning Trump.

I disagree with Trump not for his white America Nationalism, but for his Racist Prejudice Stand against paying the Reparation/Repatriation to our Enslaved Ancestors and my sentiment is the same toward all of those presidents before Trump, beloved, if you are against paying to our Enslaved Ancestors Reparation, then you are against Me becoming Free and any oppressor denying Afrikans and Afrika Freedom, is my Enemy, beloved.

So, those white Liberals, many also are America Nationalist, they have your Black behind picking and choosing over white folks who by their action as Americans say America first, the same thing Trump says so boldly and proudly before the world and here your Black behind is hating on Trump and loving those that stand for what Trump stands for, which is White racist unjust prejudice America values which is to deny our Black Afrikans Enslaved Ancestors Reparation/Repatriation!!!

You can not get by from discussing anything that is of value to Black Afrikans and remains to appear to be mentally sane, not as long as you ignore the most valuable thing of all, your Freedom, and our Enslaved Afrikan Ancestors Reparation/Repatriation represents Freedom for All Black Afrikans to be in Afrika, being governed by a United States Of Afrika Government which will be serving a Unified Black Afrikan Nation.

Trump is against payment of Reparation/Repatriation to our Enslaved Ancestors and so was/is all of the presidents before him, and anybody who is opposed to Black Afrikans becoming Free and Afrika being under the stewardship of Black Afrikans, is in my mind an enemy to the Black Afrikan Race!!!

Because you see, there is no other issue of Divine primary importance that comes to be to a race of people being oppressed living out and in America than the issue of Freedom, when you are not free there is nothing else to talk about that rise above being more important than the concern and need of your freedom and all of the America Presidents opposed and now oppose the Reparation/Repatriation that has been earned by our Enslaved Ancestors, to be paid to our Enslaved Ancestors, and yet you show love to the so call founding Fathers and America past and present presidents except for Trump and those phony behind Liberals, they all oppose Reparation payment to our Enslaved Ancestors and yet you tunnel your dislike only toward Trump, you can not deny the present status of the America Economic under Trump, yet because you have been given the talking points by that phony behind Liberal establishment, your narrative against Trump is consistent with that of those phony behind liberals who care less about your Black behind as well, yet your Black behind love one evil over the other, now if that is not a sign of mental illness I do not know what is, beloved!!!

Trump is not our only problem, the white racist unjust prejudice establishment is Black Afrikans in America problem, both Democratic and Republican parties and all in between who do not support payment of Reparation/Repatriation to our Enslaved Ancestors, which include Black Afrikans now referring to ourselves as Americans Patriots, you who has no Spiritual connection to Afrika and Black Afrikans Revolutionary Nationalist.

Black Afrikans in America not by choice have become fanatical in your Dislike of Trump and shows a Mental illness in your love for America Liberal establishment and I am here to let you know beloved Black Afrikan people that there is not a Pennyworth of Difference between Trump and the White Racist Unjust Prejudice white American Nationalist, they are in and of both political parties with a commitment to keeping our Black Afrikan Behind with an absent of Freedom.

So, First Seek You Your Freedom Beloved, and All that you are in need of you will be in a position to know, innerstand and get, beloved!!! 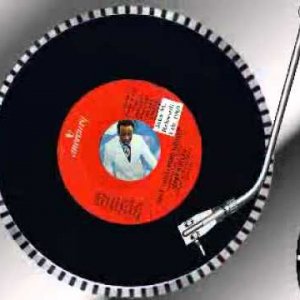