Black People Politics : Why are we still fighting the same fight of racism

ZealotX said:
This is correct. I was at a jazz event on friday and we sat next to a black judge. She was just like us, but fighting to get enough votes to get elected. A lot of our issues are local. Democracy means that in one area we may be the minority but in another area we may be the majority. So if we don't vote then of course we don't get to decide who will judge us, police us, and make the rules in our area. So that local vote should be seen as even more important than the national vote.
Click to expand...

the senate is the most important vote of 2020

CulturalActivity said:
Yes, we are our own worst enemy.
Click to expand...

KRAZYK said:
I asked why are we still fighting the same fight of racism maybe because they figured out another way to put it out no more hoods just straight in your face I hate to say this but the Mexicans and Latinos and Hispanics are feeling what we've been feeling for the last four hundred years now as of people with all of us strong what are we going to do about it this man and his followers are calling us out caging us killing us talking about us and what are we doing does the law even matter why can they get away with so much and we can't do anything about it why is our Justice so slow and their Justice is so quick and Swift and why did they just let him sit back and do this you have kids crying being shot and nothing gets done about it
Click to expand...

Rarely ever do you get one party control of all 3 branches of government at the federal level, causing the legislative process to be adversarial. The effect of this causes a lot of people to feel like government doesn't work and their votes don't really matter. Because of course we are a minority in respect to national elections. So in some areas, voting for senator is very important and you may be in a strong enough population to influence that election. In my state (Ohio) not so much. But local government? That's a whole different ball game. And if people voted at the local level they could build that habit of voting in general and maybe more people can feel like they are part of the process. But voting on the national level can be hard for black voters depending on where they live. I'm not saying their vote doesn't count because I still believe they should vote and push their friends and family to vote too.

Mexicans and Hispanics may be feeling some amount of heat but not like us. When other immigrants come here they often form closer communities and work together for their mutual survival. We tend to work against each other because even though we should be thinking like individual cells that are part of an organ we tend to adopt the "cancer" individuality that we learned from our oppressors. Except we are two different types of cancer so don't naturally work well with whites either; who tend to view people (including themselves) more based on $$$.

Black People Politics : The Black Experience is Still a Tragedy, Yet Some Blacks Support Our Oppressors!

Black People Politics : GOP doesn't hear a WHO? ( Written shortly after the current administration took office ) Is still taking it!

Black People Politics : The Clinton Legacy Is Black Impoverishment—so Why Are We Still Voting for Hillary?
11 12 13 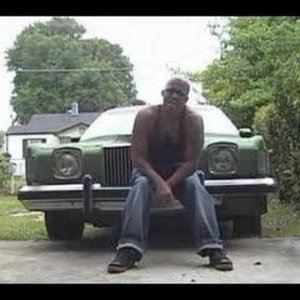