I heard about this and it's sad. I'm wondering why she didn't have a back up tank that doesn't need electricity to function. But, you make a good point in this discussion. But can't energy come from other sources other than your local power plant? Just a question I'm curious about.
Join Destee.com today!

umbrarchist said:
What does advance mean? One year without electricity would be an extreme pain in the posterior. No Lights! No refrigerator! Imagine the entire US without power for a year. How many would die just because operating rooms in hospitals could not work?

We have all of this talk about Culture but pretend that we have not adjusted to living in a Culture of Technology and act as if not understanding it does not matter. That lack of understanding is just another dependence.
Click to expand...

I don't see how electricity is a "culture" as opposed to what people who sell it have made it--a necessity in the form of convenience. I also don't understand (again) how my lack of understanding is just another dependence. Dependence on what? I'm speaking for myself and no other when I claim I could live without electricity for a year. To be free enslavement, some of our ancestors ran, with a very real possibility they would die. But to them, freedom was worth the risk. I remember what it was like when I was young and used to visit my grandparents farm...no indoor plumbing, kerosene lamps, pumps used for fresh water from wells, no refrigerators but ice boxes. Some people might be miserable and feel tortured with the ability to flick a switch and there is light or flush a toilet from the inside of a warm house. What do I mean by "advance"? Moving forward toward goals to improve our living conditions, which could be a better use of technology to make that happen. Sometimes to move forward, you might have to sacrifice something that could be holding you back. Not saying electricity is a problem, just responding to your use of it as an example.


We throw more money at our schools than just about any other country, and what do we get?
For our K-12 school system, an honorary membership in the Third World,” writes Professor F. H. Buckley in a Fox News opinion column.
In math, we’re 38thin the world among developed countries in terms of how 15 year-olds perform. And it’s getting worse, not better.”

Maybe something is wrong with the American testing system too. What measure is being used to determine the intellectually capacity and competency of our students, in general, Black students in particular?

NNQueen said:
I heard about this and it's sad. I'm wondering why she didn't have a back up tank that doesn't need electricity to function. But, you make a good point in this discussion. But can't energy come from other sources other than your local power plant? Just a question I'm curious about.
Click to expand...

Don't forget, most Black folk are poor and without the knowledge of back up tanks. If energy could come from an alternate source, again, would the massive amount of poor black people be able to afford it? 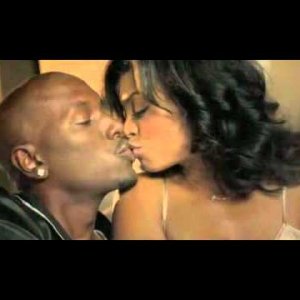