If the vision of educational fairness expressed in the Brown decision is to be achieved, the nation must deal with the underlying driver of racial segregation in schools: the inclination of white citizens to hoard educational resources ...

Is integration the solution to anything? How many status seeking Black people are into classism as much as any White people? One day I was riding home on the train with one of my fellow Black IBMers and he started talking about another rail line more commonly ridden by Black people who would not qualify for IBM jobs as being "smelly under the arms".

But looking at the results of Common Core there is way more to this education business than segregation.

That is EIGHT years old. What has happened with smartphones in the US since then?

Are schools obsolete and therefore the segregation of schools irrelevant?

The Problem with “Great Schools”
https://medium.com/s/story/the-problem-with-great-schools-69b4ef4f5079

This may be true, HOWEVER, and that's a big however, this is what white people in general are accustomed to; being in spaces throughout society where they are the majority or the only people there. Today, thanks to Trump, the racial clock is being turned back, right before our eyes. I know some of you don't like it when I talk about the past but as Black people living in a racist society, the past is the only benchmark we have to measure where we are today and if you've lived as long as some of us, like myself, I'm seeing familiar things that I didn't think I'd ever see again.

There was a time, not so very long ago, when access to equal education, including higher education, was denied to us. So much so, we had to start what we now call HBCUs. At that time, taking race into consideration in terms of who received a college education and where they got that education, was acceptable among white people. After all, it was their norm. Then came Brown v. Board of Education. The Supreme Court plays a significant role in this discussion. Now, with Trump's new affirmative action rollback, which tried to level the "playing field" for Blacks, I fear that HBCU's will now be in violation of his policy because race was very much a factor in terms of who attended them. Guess what this means at those schools. No federal funds for those already struggling institutions, I'm sure.

It's not that Black students can't compete academically, it's about numbers vying for limited spots and whether you are the child of an Alum and major donor to the university. Those factors are very much in play still. Only people of color care about diversifying universities...and wait, it's coming...workplaces...which translates into jobs will be next.

If you think I'm wrong, tell me why.
Join Destee.com today! 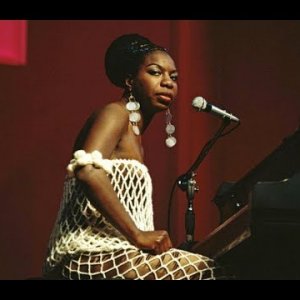