Black People : Why African Countries are always having violent crisis

As world opinion is still divided regarding propriety, or otherwise, of the role United Nations (UN) force played in the Cote d’Ivoire crisis, with Russian President, Dmitry Medvedev, accusing it of taking sides in the conflict, thereby setting a “very dangerous tendency”, the Ivorian displaced President, Laurent Gbagbo, remains in captivity under the internationally recognised President, Alhassane Outtarra. During the Fourth Joint Annual Conference of African Ministers of Finance, Economy, Planning and Economic Development of the African Union Commission (AUC) and the United Nations Economic Commission for Africa (UNECA) which ended May 30, in Addis Ababa, KAMAL TAYO OROPO spoke with the project manager of the UN’s Support for the Implementation of the Peace and Security Agenda of the African Union, Mr. Gani Olaniyi Are. The international diplomat who had variously headed UN offices in Congo DR, Republic of South Africa, Chad and Central Africa Republic, identified key sources of conflict on the continent, and his home country, Nigeria, and how to resolve them.

It would seem that the African-State is always in a perpetual state of crisis; what is the cause of these recurring violent crises in the continent?

There are three levels of the problem; the first is the inherited structure of the state, which was handed down by the colonial masters. The second one is the abuse of the society by the elite, and the third is the ambition of the elite.

Starting from the state structure, you know that in most African States, there is always the North-South dichotomy or the Muslim-Christian religious dichotomy, and the problem of ethnic dichotomy. All these are strategically used by the colonial powers to maintain authority in some kind of divide and rule. This can be found in Nigeria, Cameroun, Kenya and all over the continent. Another problem has to do with the boundaries; they were just drawn unilaterally without consultations with the African people. So you have a situation where you see the people of an ethnic group being divided into two or three countries; and that creates problems.

So, when there is tension in one country, it spreads to another. All of these are not enough explanations; after all, we have lived for 50 years. But what has happened is that since independence, our leaders have not proven to work in the best interest of their respective countries.

One thing they have done, and this could also be traced historically, in many countries, you could find out that the people who were given power were in the minorities, or there is always an imbalance or an injustice in the distribution of power. Most of these people tend to rule or give power to the people of their ethnic group or a kind of class, where they dominate the general populace. And then you find cases of abuse of human rights, bad governance and corruption. There is also injustice, and the absence of the rule of law, and what I call abuse of office and clientism. So all of these lead to inequality in the society.

For a long time, and in order to maintain this kind of structure, they used brutal force, so you find in some countries that people have been suppressed for long, and gradually, with time, new generations are coming up, and they are beginning to get fed up. You have a situation, in which graduates have finished school, but they don’t have jobs, and people are beginning to ask questions over why their country is rich in natural resources, and they remain poor. Like Congo, it is one of the richest countries in Africa; why are the people so poor? You go to Bangui in Central African Republic, and people are asking questions.

Some of these issues, coupled with the religious and ethnic tension, and the struggle for power are some of the things that lead to this kind of conflagration. 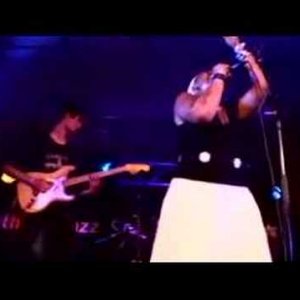