Did Jesus say for us to pray to the Father?

It saddens me me to say this, but very few AFRICAN AMERICANS pray to Jesus anymore as their God . In other words, we don't understand that when Jesus said to his disciples in John 16:26 that when you pray "you will ask the Father in my name", he was not saying that the Father is a separate being from him, but in a metaphoric way he was saying that the Father and himself are the same person. And this has caused much consternation and confusion among old-time Black church goers.

Probably the most famous example of this we know of is seen when Lebron James announced his decision to join the Miami Heat. He explains, "I wanted to do what was best, you know, for LeBron James, and what LeBron James was gonna do to make him happy." So again, in this type of speaking the one who is speaking and Lebron James are the same person!

"Don't be troubled. You trust God, now trust me. There are many rooms in my Father's house, and I am going there to prepare a place for you. If this were not so, I would tell you plainly. When everything is ready, I will come and get you, so that you will always be with me where I am. And you know where I am going and how to get there," Jesus said to his disciples.

Notice how Jesus equates the terms "God" and "the Father" with himself by using the tern "I."

But Philip still did not fully understand what Jesus meant so he said to Jesus: "Lord, show us the Father and we will be satisfied." Jesus replied, "Philip, don't you even yet know who I am, even after all the time I have been with you? Anyone who has seen me has seen the Father! So why are you asking to see him?

What I am saying is, many African Americans are now saying that the Father is a separate person from Jesus, and that he is superior to Jesus. And then we proceed to pray to him as such. We seem to have gotten this from our TV preachers. And as you can see, they surely didn't get it from Jesus. They seem to have just pulled it out of thin air. Or out of their own minds. So by doing this we are violating Jesus' words to his disciples, whether we know it or not. So by calling the Father Father God does not change anything. In Matthew 24:15-22 Jesus calls such an act of violating his words an abomination, something he hates. And it should be to us. "The time will come when you will see what Daniel the prophet spoke about: the Abomination of Desolation standing in the Holy Place where it ought not to be-reader pay attention!" he tells us in in Matthew 24:15-22:

Then to really emphasize the destruction this detestable act brings he tells us: "Then those in Judea must flee to the hills. …For that will be a time of greater horror than anything the world has ever seen or will ever see again. In fact, unless that time of tribulation is shortened, the entire human race will be lost." That is to say, many people will be in danger of loosing their salvation. "But it will be shortened for the sake of God's chosen ones."

Paul calls the worship of Father God instead of Jesus a great rebellion. "Don’t be fooled by what they say. For that day will not come until there is a great rebellion against Jesus and the man of sin is revealed—the one who brings destruction," he tells un in 2 Thessalonians 2.

Otherwise said, by us praying to Father God instead of Jesus the light of Jesus and his Gospel message is almost be gone. Verse 29 states it this way:

"Immediately after the those horrible days end,

the sun will be darkened,
the moon will give no light,
the stars will fall from the sky,
and the powers in the heavens will be shaken."

But immediately afterward the light of Jesus will be seen again as he returns to earth from heaven. "And then at last, the sign that the Son of Man is coming will appear in the heavens, and there will be deep mourning among all the peoples of the earth. And they will see the Son of Man coming on the clouds of heaven with power and great glory. And he will send out his angels with the mighty blast of a trumpet, and they will gather his chosen ones from all over the world—from the farthest ends of the earth and heaven."

Oh what a glorious day that will be!

But still, most people will refer to the phrase in John 1:1 that says, "He (Jesus) was with God" and cling to the false notion that The Father is a separate person from Jesus. But as you can see by what I have just said, this phrase should be translated, "He was with God because he was God!"

I pray to my Creator and my Ancestors, I'm good! 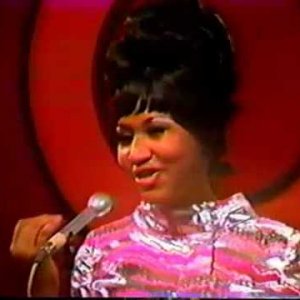