Black People : WHOA!! This woman says she isn't racist, but sounds like it.

As I said, it was the posters comment, which I copied & pasted below:

Things got ugly when a black mail carrier refused to take back a letter he'd delivered to a lady in Hingham, Mass. She went on a racist rant and slapped him. He secretly taped it all on his cell phone.

The argument in the video is sparked by a certified letter that the mail carrier delivers. The woman has signed for it, but decides she doesn't want it because it's addressed to her husband, not her. But the mail guy won't take it back. Things go sour when she calls him a "******* n*gger thief." She quickly qualifies: "I'm not prejudiced but right now I'm getting real pissed off." Then everything she says afterward is so racist it would make George Wallace blush. Finally she slaps him. Just your normal day on the mail route. Except really, really racist.

The video was uploaded in two parts on October 11th by youtube user hugsonamic, who purports to be the mail guy and claims he was fired over the incident:

" This woman is outrageous — I am still waiting for US Postal Inspection Service to investigate this matter. it has been a year since postmaster fired me for this racist lady, and Hingham court let her go free, no trial.

He promises "More videos are yet to come." But these two might be enough. It's already been picked up by a handful of blogs, and dozens of Youtube comments are calling for blood, including one that reads, ominously: "4CHAN FIND HER!"

You can take it for what it's worth. I am at work now, and simply don't have the time to look into it that much. I have an app called "Player For You Tube" that I got it from on my phone.


update: I just did a quick google search with "racist lady attacks mailman", and came up with a few sites to check out.
Now time to get back to make mama & the youngins' some money. :smile:

Somethings are just not adding up....
http://www.bostonherald.com/news/regional/view/20101113racist_rant_haunts_actress_video_berating_mailman_goes_viral_on_youtube/srvc=home&position=0


U.S. Postal Services spokeswoman Christine Dugas said Hugson worked for the Postal Service from February 2009 until November 2009. She said his termination had “absolutely nothing to do with that video.”

Dugas called the video “disturbing” and said it was investigated by the Postal Service with local police, who filed charges that were later dismissed.

The incident unfolded in October 2009 when Hugson told cops Winchester hit him when he refused to take back the letter.

“She slapped him in the face,” Peraino said.

Hugson told police he didn’t want to press charges, but cops filed a complaint at Hingham District Court seeking to charge Winchester with assault and a hate crime after viewing the video.

On Nov. 24, 2009, a clerk magistrate decided to toss the case if Winchester behaved for a year.

Winchester’s attorney, Robert Jubinville, said the clerk made the decision after Hugson refused to testify, citing concerns for the woman. Winchester was ordered to write a letter of apology to Hugson, which she did, Jubinville said.


http://www.myfoxboston.com/dpp/news/local/hingham-woman-in-racist-video-put-under-police-watch-25-ncx-20101114
Winchester is a former off-Broadway actress and singer who has a history of run-ins with the law, including an incident at a fundraiser in which she threatened to shoot people with a machine gun and told the officer who arrested her for disorderly conduct that she would “chop off” his genitals.

Black People : Woman Learns Her Own Father Was Buying Her OnlyFans Content — And Even Paid For A ‘Private Call’

C
Black People : The Destruction Of The Black Afrikan Woman 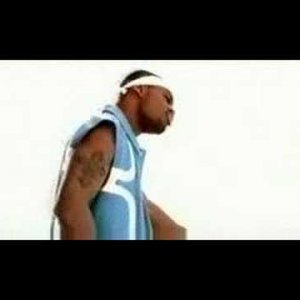