Congo : Who realy cares about the Congo?


Ankhur said:
what other path is there for the race but Black nationism and Pan Africanism?
Click to expand...

there is no other way. however, not every one sees this. how to bring them on board?

jamesfrmphilly said:
there is no other way. however, not every one sees this. how to bring them on board?
Click to expand...

One brother mentioned even more catastrohpies will force folks to, but I hope it does not come to that!

Published on Monday, December 14, 2009 by CommonDreams.org
As War Bleeds Central Africa, Obama Denounces Rape But Washington Has Yet to Do Much About It
Scene on the Ground: Some Hopeful Signs Amidst Pain and Misery
by Danny Schechter

GOMA, KIVU, EASTERN CONGO - After a week in Kinshasa talking about war in Congo, it was time to see it, or at least visit its epicenter in the East. This is where rape is used as a weapon of war, where rebel groups challenge government forces militarily and occupy territory. 1.8 million people have been displaced causing a major humanitarian crisis; territory seems to change hands regularly and, as they say, tension is high.

Will peace break out or should we expect a country in pieces?

It wasn't surprising that President Obama cited rape in the Congo as part of his Nobel rationalization for just wars. But the US is not planning a humanitarian intervention here anytime soon, nor did the President elaborate on the causes of a war that's been underway for at least 15 years. Many argue that US policy contributed to the problem, while its aid program here is anemic.

Hillary Clinton announced a gift of $17 million for a new hospital for rape victims -- that is the cost of 17 US soldiers in Afghanistan -- but local bloggers noted that the US is not supporting HEAL AFRICA, a respected hospital that has provided services to victims for years, but is instead giving the money to a US NGO, the neo-con International Rescue Committee, which does not specialize in medical services.

The South African based Pamazuka news service reports Washington is expanding its military presence in Africa with aid to African countries including Congo:

"... all the available evidence demonstrates that he is determined to continue the expansion of US military activity on the continent initiated by President Bill Clinton in the late 1990s and dramatically escalated by President George W. Bush from 2001 to 2009. While many expected the Obama administration to adopt a security policy toward Africa that would be far less militaristic and unilateral than that pursued by his predecessor, the facts show that he is in fact essentially following the same policy that has guided US military involvement in Africa for more than a decade.

The State Department budget request -- which includes funding for all US arms sales, military training, and other security assistance programs -- proposes major increases in funding for US arms sales to a number of African countries through the Foreign Military Financing (FMF) program....

The same trend is evident in the Obama administration's request for funding for the International Military Education and Training (IMET) program. With 350,000 committed. There is also $21 million to continue operations in the Democratic Republic of Congo to reform the military (including the creation of rapid reaction force for the eastern Congo and the rehabilitation of the military base at Kisangani)."

The efforts here for peace, and even for the alleviation of the massive rape crisis, has not been a major US priority. While the US helps fund the UN peacekeeping mission MANUC -- which has just been renewed for six months -- Americans are not part of it and Washington does not use its influence to insure its effectiveness. A UN expert's report recently found that the UN itself has helped support some of the very armed groups accused of human rights abuses. The Washington Post reported during the summer that the US-supported military operations also perpetuated the problem; MANUC spends $4 billion a year trying to ease the situation and protect the people.

Last year, the Congo initiated a joint military operation called UMOJA WETU to neutralize a particularly murderous "rebel" force organized by the folks that brought us the Rwandan genocide and who later fled across the border into Congo. It is thought they are being funded by those who profit from the country's instability and chaos.

The FDLR also seemed to benefit Rwanda's strategy vis-a-vis Congo. The Rwandans denied it and finally sent troops to battle against it alongside the Congolese government. There were initial successes in the one-month campaign in which Congo's President Joseph Kabila reached out to his counterpart in Rwanda, President Paul Kagame, in the belief that both sides had an investment in making peace. (Kagame's Rwanda gets more US help than its much larger neighbor, perhaps because of Bill Clinton's guilt about not stopping the genocide.)

Kabila took a risk, a big political risk, because if it failed, he would be accused of collaborating with an enemy.

Many Congolese blame the Rwandans for starting this chaos in the aftermath of the Genocide where a largely Hutu army took refuge in Congo. In those days the war seemed straightforward -- Rwanda's surviving Tutsis pursuing the Hutu that murdered them en masse, but the battles were taking place not in Rwanda, but across the border where Congolese civilians were caught in the crossfire and all sides began plundering Congo's wealthy resources. Slowly this was not just an ethnic conflict, but an economic war fought by militias and armies funded by outside, or with funds stolen from the Congolese.

The Congo had been weakened by the overthrow of the Mobutu regime, the death of President Laurent Kabila and a difficult process of preparing elections, which Kabila's son Joseph won, although the results were challenged by opposition forces who were given positions but later withdrew.

Allies of the Congo, armies from Namibia, Zimbabwe and Uganda went to help Congo while helping themselves to the resources they could grab. Congo was under attack by its friends and enemies while trying to reassert control in the Kivu region at a great cost in lives and instability. On top of everything else, back in 2002 a volcano erupted sending its scalding lava to devastate the city of Goma.

The issue that has put this war on the front burner for many is rape -- and it goes on and on with impunity with human rights groups denouncing the government and the government saying their statistics are distorted. There have been an estimated 500,000 cases.

Kinshasa says there have been prosecutions and they have a "zero tolerance" policy, but when you speak to woman in camps for internal refugees as I did, they are not convinced and live in fear.

The terrorism of grinding poverty is not as big priority for Washington, although I was told by one official here that the US became a superpower because it was Congo's Katanga province that provided the uranium used in the Hiroshima and Nagasaki bombs.

It's hard for a first time outsider to understand all the dynamics in what is an incredibly complex mosaic of ethnic groups, ancient hatreds, and the avaricious but covert role of foreign countries and companies.

One UN official told me the Congo is emblematic of a "resource curse" -- lots of wealth the world covets and schemes to get, no matter the cost in lives. Clearly someone is benefiting from all the instability. There are forces, both inside Congo and abroad, that want this country to remain destabilized.

It is easy to latch on to a conspiracy theory or many. Many Congolese blame the Rwandans for perpetuating the conflict for the interests of their leaders. Suspicion is rife; rumors are pervasive. People who have spent a lifetime studying the conflict admit to their own confusions about what is going on.

Keith Harmon Snow writes on Dissident Voice that we are all being snookered, although a lot of his argument is very detailed but based on unnamed "intelligence sources." He reports on a new uprising against Kabila in Equateur Province and says the government has asked that Belgian paratroopers be sent in.

I tried to check this out with my own "sources" in Kinshasa. The response: little evidence. A Parliamentary source wrote me:

"There is absolutely nothing about this in the Belgian media (Dutch nor French language). I passed your question on to a reliable journalist on the national flemish radio and to a member of parliament... But your information confirms rumors here in KIN about dead bodies in the streets of villages in the Equateur Province. And then there are the rumors about a new invasion of Goma by rebels there."

Snow also writes, "The western media broadcasts the suffering in Congo, but the propaganda is simplistic disinformation, and the western news [sic] consuming public eats it up and dismisses the Congo, abandoning the people whose lives are determined in part by the raw materials stolen from them in a state of war and organized crime."

Alas, most of the so-called "consuming public" overseas is not informed and what's worse, largely indifferent. (Why wouldn't they be, given the lack of ongoing media coverage?) As for crime, that is likely. The Observer in London reports, "an estimated $352bn of drug and mafia money was laundered by the major banks at the peak of the credit crunch, while regulators turned a blind eye, since the highly liquid criminal underworld was the only source of the cash necessary to keep the banks' doors open."

American politicians have yet to cite a report by Global Witness that showed foreign mining and trading companies that are buying minerals from suppliers linked to the various armies plundering the Central African treasure house.

"The mineral wealth in eastern Congo is vital to running the modern technological and military machinery of today's world," a friend steeped in African issues writes. "An American University professor named Kenneth Anderson says that the West is attempting to sever Sino-Congolese ties, which means the north to south highway that China is building to give Congo its own lifeline..." 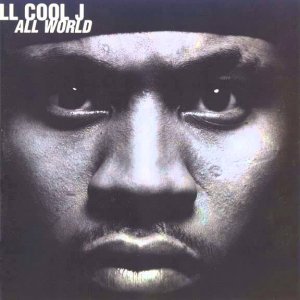