Congo : Who realy cares about the Congo?

over 50 years after the efforts of world renowned revolutionary and intellectual, Patrice Lumumba,
the Congo is gone back to the days of King Leopold, over something worth more then diamonds.
Coltan, the basic element needed for cell phones and laptops,

Funds from US corporations, aid troops displaceing populations to find more,
as the IMF keeps a loan shark hold on the other nations in the AU, from realy stopping the nightmare.


Published on Monday, October 19, 2009 by Al Jazeera English
The Carnage in Congo Continues
by Mohammed Adow

I have been in the Democratic Republic of Congo for only five days, yet I cannot bear to listen to the stories of horror I am being told everywhere I go.

The country’s East is going through another of its convulsions of violence, and as ever, civilians are being systematically attacked on a scale rarely seen before.

The sheer numbers of deaths [1], the wholesale brutality and the culture of impunity are appalling.

The situation is so bad that the UN High Commissioner for Refugees Antonio Gutteres was forced to liken it to the 2004 Asian Tsunami. After visiting camps for the displaced, he told me that the conflict in Congo is taking more human lives than the Tsunami every six months. Difficult to believe, but it’s an accurate representation of the situation on the ground.

Every day in the DRC, 1,200 people die from conflict-related causes. More than 20 per cent of children die before their fifth birthdays, and one in 10 die in the first year of life.


The days of anarchy in Congo should, however, be over, or at least be lessening. In January, Gen Laurent Nkunda [2], leader of the strongest rebel group in Republic of Congo, was arrested [3] in Rwanda.

But Rwanda, which had been accused of backing Gen Nkunda, did not arrest him for nothing.

It requested the flushing from Eastern DR Congo of Rwandan Hutu rebels, the Democratic Forces for the Liberation of Rwanda (FDLR).

The FDLR, a gang of mainly dreadlocked fugitives, are notorious for burning babies, kidnapping women and literally hacking up anybody who gets in their way. They are believed to have caused the Rwandan Genocide in 1994.

Since the start of military operations against the FDLR militia in January, more than 1,000 civilians have been killed, 7,000 women and girls have been raped, and over 6,000 homes burned down in the eastern provinces of North and South Kivu alone.

I met the effects of this operation face to face in the village of Shasha, 50 kilometres outside the city of Goma, where those displaced by the operation live side by side with those uprooted by past bouts of fighting.

Congolese pygmies (they call themselves Batwa) are the majority of Shasha’s displaced. These are people who for centuries lived in Congo’s rain forests, where they led a life of hunting and gathering to feed themselves.

The village headman told me they now live like birds, with nothing to eat and no proper shelter and help from any quarter.

Like the pygmies at Shasha, nearly 900,000 people have been forced to flee their homes and live in desperate conditions just this year.

These stories will NOT change until we start analyzing and assessing our strengths and weaknesses. What is it that keeps making us vulnerable to these attacks? I am not making excuses for the enemy by any stretch of the imagination or blaming innocent victims, but technically it wouldn't matter what they attempt when, by now, we should be able to stop them. This type of foolish mentality is at least part of the problem ... http://www.timesonline.co.uk/tol/news/world/africa/article6871900.ece . When we can't seem to completely disintegrate this type of mental stumbling block, how can we stop the collective attacks on us regardless of where we reside? To answer your question in earnest, I, for one, damned well care.

do anyone in the congo care about me?

Caring is not enough. In writing to senators about this,I've gotten no returns, "looking into it" is not doing any thing. This nation and the IMF get richer by supporting these actions. They are happy that this is going the way it is. It helps eliminate more Africans. What could make them happier, while getting rich!
El Navegador

jamesfrmphilly said:
do anyone in the congo care about me?
Click to expand...

I don't feel or think you're ready to hear or read my answer to that question! 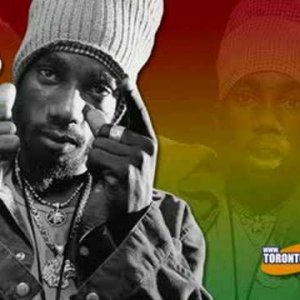