In class today we talked about the six stages of Moral Development. Few people reach stages five and six until they reach their late thirties with significant experiences. Most people are in stage four. Martin Luther King (B.1929) reached stage six in his twenties when he came on the national stage in 1955 helping Rosa Parks and the NAACP fight racial discrimination in transportation in Alabama. People in Stage six obey god’s law and rather than State (man’s) law when it conflicts with your personal beliefs and conscience. Martin Luther King believed segregation and discrimination was a moral crime and tried unsuccessful to appeal to white peer ministers in his famous Letter from a birminingham Jail.

Martin Luther King advocated for African-Americans rights but he ultimately wanted these rights to be used universally. For example: Alex Haley interviewed MLK for a magazines publication:

Alex Haley: Do you feel it’s fair to request a multibillion-dollar program of preferential treatment for the Negro, or for any other minority group?

King: I do indeed. Can any fair-minded citizen deny that the Negro has been deprived? Few people reflect that for two centuries the Negro was enslaved, and robbed of any wages-potential accrued wealth which would have been the legacy of his descendants...In any case, I do not intend that this program of economic aid should apply only to the Negro; it should benefit the disadvantaged of all races.-A Testament of Hope edited by James Washington p.367

In 1963 MLK dramatized the struggles of Black people and galvanized the national conscience with his “I have a dream speech”in Washington DC. Immediately after the speech MLK met with President Kennedy and asked the president to sign a symbolic “Emancipation proclamation”. Unfortunately, Kennedy was later assassinated in late 1963 but President Johnson did sign the 1964 Civil Rights Act. I’m skeptical of Johnson motives because when he signed voting rights law the following year he made the statement that he would have “******* voting democratic for 200 years”-Inside the White House By Ronald Kessler. Nevertheless, MLK was the foundation for many laws that benefit all races in America. No matter what color you can use the 1964 and 1965 laws to protect your rights. President George Bush lawyers cited the 1965 Voting rights Act in legal petitions to the Supreme Court in their quest to the Presidency in 2000.

On a sad day in April of 1968 MLK was shot down. Its ironic that Johnson and King worked together in 1964 but in 1968 President Johnson feared MLK was going to “Drive him out of the White house”-Who killed MLK by Philip Johnson p.6. MLK should of been on Level/stage 7 if it would have existed in the textbooks because he truly wanted to spread love, justice and equality universally. The federal government honors him now with a national holiday in January of every year. Admires of MLK should never let a holiday induce amnesia to the fact that the Government with Hoover (King Herod) wanted neutralized (killed). MLK’s oldest son believes that the Johnson Administration contributed to the climate that extinguished his life. There was a four-man police detail that was pulled from protecting King the mourning of his killing. If there’s doubt about President Johnson having the will and desire to kill MLK just read “Blood Money & Power: How L.B.J killed J.F.K.by Barr McClellan.

Some members of the current generation are ignorant of King’s six stage of moral development. Movies like Barbershop and Songs like Back of the Bus have disrespected Rosa Parks and MLK. Research writers like Chancellor Williams stated: “ Those who still preach integration and brotherhood...whites are hostile to any kind of movement by blacks for equality, peaceful, nonviolent or otherwise; and that this hostile anti-King climate produced his murder as its representative”-The Destruction of Black Civilization p.359 Williams also stated “The only instances in their history when integration was welcomed were when the outcome would put them in a more dominating position”p312. But if Williams was a student of MLK he would of learned that King said: “We don’t want to be integrated out of power ; we want to be integrated into power”-A testament of Hope p.666. Its not about (or should not be about) people having power over another group but everyone having free reign to empower themselves to live a better life for themselves and humanity as a whole.

he was around during all the high profile assassinations.
King, Kennedys, X.

since he died, there have been no high profile assassinations in the US.
R

he was around during all the high profile assassinations.
King, Kennedys, X.

since he died, there have been no high profile assassinations in the US.
Click to expand...

Johnson was the most powerful president. Hoover was the most powerful FBI director. Both Hoover and Johnson lived on the same street together. johnso was hoover's boss.Johnson let hoover dig dirt on him but didn't let him release any info until King started opposing the vietnam war in 1967

Hoover was an out of control freak.

a cancer on the country.

nothing worse than a repressed, barely, homosexual pervert, jealous of those fine black males.

Brother AACOOLDRE : How Jesus came about to being killed?
2 3 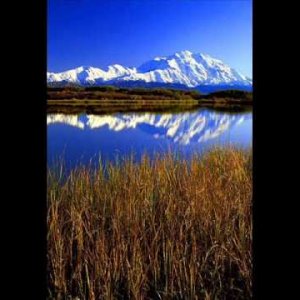