Alambama University murders.. and the suicide plane attack of the IRS/CIA
building in Austin Texas are only the beginning.. White people are scared..
and they are also in denial about who they are.. and they are also prone to
violence.. and that is particularly fatal combination of things.. at least for
people of color.. As white angst and paranoia continues to build over the
next 3 years of Obama's presidency we are going to see more and more of
these kinds of breakdowns.. frustrated, everyday white people feel like they
are losing their hold on their country.. Black family in the white house..
black people all over the TV.. Mexicans and Asians and Indians and Africans..
all over the place doing all kinds of things.. and white folks are losing their
jobs.. and houses.. and businesses.. and as is the american custom, someone
must be to blame.. and it's got to be the existence of people of color..

Part of this is a continuation of the overtly racialized politics that began with
the Mccain Palin campaign rallies.. that climate always existed.. but not so
overtly on the national stage.. not in a long time.. Mccain and Palin woke
white folks up.. they played to all of their fears.. and scared white folks are
dangerous..

the press will continue to ignore the connections between white rage and
white crimes. They will continue to treat each incident as some sort of
personal breakdown by the assailant.. and their coverage will continue to
be sympathetic.. giving them the benefit of the doubt.. calling them insane..
showing loving siblings and spouses of the assailant.. recalling how well-liked
the assailant was.. putting all of the attention on the killer.. digging into his/her
life for ways to excuse the action.. And when you consider the sado-masochistic
bend in European culture and you view these stories in that vein,
the coverage then becomes a kind of soft-pornography.. a kind of admiration
is given to the assailants.. it's like the love they show for Hitler on the history
channel.. at the end they always say how much of a basta** he was but this
is after an 58 minutes of indirect praise.. 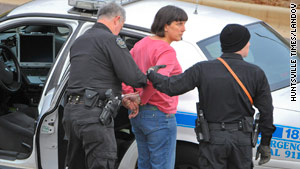 I think we should seperate us African Americans from the Mexicans, Indians and the other races because clearly, they prefer them over us.

asmith161718 said:
I think we should seperate us African Americans from the Mexicans, Indians and the other races because clearly, they prefer them over us.
Click to expand...

Its not that they prefer them over us - based on color - they prefer neither if we keep it real. What they do prefer is a chance and whoever they think will give it to them - that's who they will roll with; period. Their only objectives is to rule - which brings me to my question:

What is our objective?

asmith161718 said:
I think we should seperate us African Americans from the Mexicans, Indians and the other races because clearly, they prefer them over us.
Click to expand...

I think we shouldn't allow anyone or anything to take focus off of white folks.
I think that that is how white folks keep the different 'other' groups from standing
together.. it's a tactic called divide and conquer.

with that said, let me ask you:

what do your comments have to do with any of the ideas introduced in this
thread? 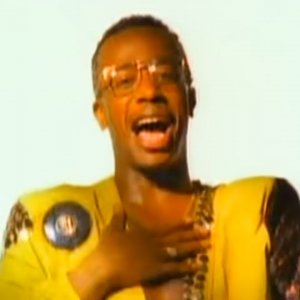