On a 'lighter' note, while I read the best state my mind said the least bad state.
Click to expand...


Yes, I changed the title from best to fairly, and even that is lacking some.

Systemic Racism has remained, which is what slave owning states wanted, then and now.

With Joe Manchin being a senator from West Virginia who is a good ole boy Republican masquerading as a Democrat, I see why this contradiction exists.

It is sooooo good to see you in the house, read you, everything!

Surprisingly, West Virginia had more free blacks in 1860, than it had blacks!

Virginia appears to have enriched itself with slave labor.

And again, between these two, the most racist based on enslaving Africans, has the most black people in it now.

I'm no mathematician and I'm getting old and can hardly see ... but West Virginia looks good.

Thanks for letting us / me read you again!

jamesfrmphilly said:
no state treats us fairly. you have to pick your poison.
Click to expand...

Right Brother James, they are all under the constitution, which determined we could be bought, sold, less than a man, no rights, etc., right. I get it ... buuuuut ... if we're gonna be here, we can at least know which states did us worse.

For example, per these graphs from Wikipedia, not all states took part in slavery, even though they could. That does say something for those states. Yes, they are all under the same constitution, and no doubt benefitted from slavery anywhere in the land - but they did not do it themselves.

Do you think that says something, or are they all just like Alabama, Louisiana, Mississippi, South Carolina, etc., that profited greatly from the sale of black men, women, and children and fought to keep doing it forever?

Your state is awesome! Check this out :

It appears Pennsylvania did not enslave Africans and there are quite a few of us there now too!

This has come to mind as well :

The above is a quote from the Honorable Elijah Muhammad.

While I am using the graphs at Wikipedia, I mean no disrespect and want to acknowledge our Ancestors saying we were enslaved in America long before 1860.

Black People : Are Black men at fault for the current state of affairs in Black America and what do you suggest we
7 8 9

Black People : Why Vote In Local/State Elections But Not Presidential Elections? 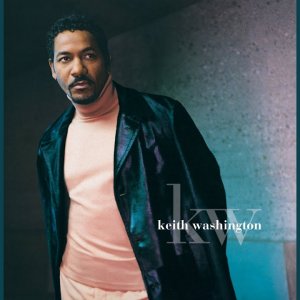