Black Muslims : Where is Allah

“Life’s greatest tragedy is to lose God and not to miss him.”

Atheists might assert that they don’t acknowledge the existence of God, but the view of some Christians and all Muslims is that at some level even the confirmed Atheist affirms God’s presence. The innate but neglected awareness of God typically surfaces in Atheist consciousness only in times of severe stress, as exemplified by the World War II quote “There are no Atheists in a fox-hole.”[1]

Undeniably there are times -- whether during the agonizing days of a lingering illness, the seemingly eternal moments of a violent and humiliating mugging, or the split second of anticipating the impact of an imminent car crash -- when all mankind recognize the reality of human fragility and the lack of human control over destiny. Who does a person beseech for help in such circumstances other than The Creator? Such moments of desperation should remind every person, from the religious scholar to the professed Atheist, of the dependence of mankind upon a reality far greater than our own meager human selves. A reality far greater in knowledge, power, will, majesty and glory.

In such moments of distress, when all human efforts have failed and no element of material existence can be foreseen to provide comfort or rescue, Whom else will a person instinctively call upon? In such moments of trial, how many stress-induced appeals are made to God, complete with promises of lifelong fidelity? Yet, how few are kept?

No doubt, the day of greatest affliction will be the Day of Judgement, and a person would be unfortunate to be in the position of acknowledging the existence of God for the first time on that day. The English poet, Elizabeth Barrett Browning, spoke of the irony of the distressed human appeal in The Cry of the Human:

“And lips say “God be pitiful,”

The thoughtful Atheist, full of skepticism but fearful of the possibility of the existence of God and a Day of Judgement, may wish to consider the ‘prayer of the skeptic,’ as follows:

In the face of skepticism blocking belief, how can a person go wrong with the above prayer? Should Atheists remain upon disbelief, they will be no worse off than before; should belief follow a sincere appeal, Thomas Jefferson had the following to say:

“If you find reason to believe there is a God, a consciousness that you are acting under His eye, and that He approves you, will be a vast additional incitement; if that there be a future state, the hope of a happy existence in that increases the appetite to deserve it…”[3]

The suggestion can be made that if an individual doesn’t see the evidence of God in the magnificence of His creation, they would be well advised to take another look. As Francis Bacon is noted to have commented, “I had rather believe all the fables in the legend, and the Talmud, and the alcoran (i.e. the Quran), than that this universal frame is without a mind.”[4] He went on to comment, “God never wrought miracle to convince atheism, because his ordinary works convince it.”[5] Worthy of contemplation is the fact that even the lowest elements of God’s creation, though perhaps ordinary works in His terms, are miracles in ours. Take the example of as tiny an animal as a spider. Does anybody really believe that such an extraordinarily intricate creature evolved from primordial soup? Just one of these little miracles can produce up to seven different kinds of silk, some as thin as the wavelength of visible light, but stronger than steel. Silks range from the elastic, sticky strands for entrapment to the non-adhesive drag-lines and frame threads, to the silk for wrapping prey, making the egg sac, etc. The spider can, on demand, not only manufacture its personal choice of the seven silks, but reabsorb, breakdown and remanufacture--self-recycling from the component elements. And this is only one small facet of the miracle of the spider.

And yet, mankind elevates itself to the heights of arrogance. A moment’s reflection should incline human hearts to humility. Look at a building and a person thinks of the architect, at a sculpture and a person instantly comprehends an artist. But examine the elegant intricacies of creation, from the complexity and balance of nuclear particle physics to the uncharted vastness of space, and a person conceives of…nothing? Surrounded by a world of synchronous complexities, we as mankind cannot even assemble the wing of a gnat. And yet the entire World and all the Universe exists in a state of perfect orchestration as a product of random accidents which molded cosmic chaos into balanced perfection? Some vote chance, others, creation

Peace to all and may Benevolence be your guide...
All gratitude and praise is for The Most High, the provider of life and intellect. The Most High is neither a Person, Place or Thing and is beyond any form of comprehension.
This knowledge is not influenced by the view of a Christian, Muslim or Israelite, nor is this knowledge influenced by any secret society, cult or denomination. This knowledge is influenced by All of the Scriptures and related literature COMBINED, ABSENT of Religion.
Question; What is the difference between our Lifegiver and our Creator? Answer; Beyond 76Trillion years ago.
THE MOST HIGH the provider of life and intellect, through thought processes designed and implemented the State of "NOTHINGNESS", which lasted Trillions of years based on our perception of time. Then designed and implemented the state of "SOMETHINGNESS" which is Darkness and the Mental state of exsistence (intellect or thought), within the state of darkness that existed Trillions of years, evolved Mental Entities named Ethereins. These mental entities are without form and are of pure energy with 720 degrees of Intellect, 360 degrees of Benevolence and 360 degrees of Malevolence, communicating through mental telepathy and other mental capabilities. All of this was prior to the beginning of light and the physical state of existence. THE MOST HIGH The provider of life and intellect , designed and implemented the original HYDROGEN Atom, which included LIGHT and ALL PHYSICAL MATTER. Then...as all of the scriptures combined reveal...the original HYDROGEN ATOM was placed amidst the state of "SOMETHINGNESS / DARKNESS". It took Trillions of years for the ORIGINAL HYDROGEN ATOM to reach it's ultimate stage of development...then exploded outward in every direction... THE CATACLYSM (Big Bang) which was the initial beginning of LIGHT AND ALL PHYSICAL MATTER THROUGHOUT THE UNIVERSE. THE CATACLYSM OCCURED 76 TRILLION YEARS AGO!...hurling great masses of gases into space in every direction, in the succeeding stages of development, further explosions and fragmentation's produced smaller bodies throughout the Universe. These like Trillions of other smaller bodies whirled at tremendous speeds and eventually began to settle in various places throughout the Universe, occording to the force that was behind their outward thrust.
Life forms developed in the midst of these developing stages, Trillions of years before our solar system was completely developed! These heavenly bodies (galaxies) did not settle in a rigid manner, they continued to revolve at a slower rate, maintaining certain positions in relationship to each other, and these positions were based on the forces of gravity and attraction. One of the sparks that was hurled from an already burning mass (our sun), became our solar system of originally 10 planets, rotating around our burning mass (our sun) like electrons rotating around a nucleus...therefore this by no means was an accident. My Teacher Dr M.Z. York, taught from all of the scriptures and related literature COMBINED...The Bible, The Qur'an, The Raatib, The Book Of Light, The Egyptian Book Of The Dead, The Writings of Confucius, The Book of Arishkegal, The Akkadian Tablets, The Gilgamesh Epics, The Enuma Elish, Tablets Of Anzu, and the Sumer Tablets...that reveal in the beginning stages of the development of our solar system, other sparks or solar systems cooled Billions of years prior to our solar system's development. Therefore developing physically and intellectually Billions of years sooner. At this point it would be safe to say, we are on the TAIL END of existence and on the lowest level of Intelligent Thought.
All seen and unseen derives from THE MOST HIGH THE PROVIDER OF LIFE AND INTELLECT, which stands to reason that ALL GRATITUDE AND PRAISE IS FOR THE MOST HIGH, It's from where ALL derives... Next Bulletin: What is the name of the MOST HIGH?... to be continued...
Visit The Truth Bulletin . org
-- My Movie
-- Melanin and 9 Ether
-- Tribute to Black Single Moms

This is the Islam Study Group. You may want to post in the Spirituality forum or another forum. Muslims follow the guidiance of the Quran and Sunnah of our beloved Prophet Muhammad [saws] of Arabia[who was sent to all mankind and is the last and final Prophet and Messenger] and not Dr. York. [I am very familiar with Dr. York and even knew one of his ex wives]. I will not post the negative info I have but there is no way I can support this man or his teachings.

Also all [real and true] knowledge and wisdom comes from Allah. 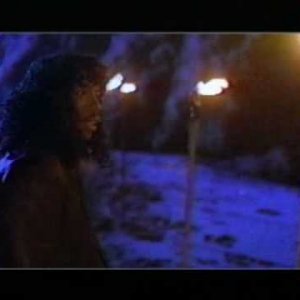