Africa : Where did the word "Africa" come from?

"What is the origin of the world “Africa?”

"I would like to thank you all at The African Bulletin for your foresight and the extremely powerful service you have been rendering the black community since your inception.

Meanwhile, I have some important questions which I would like you to help me find out the answers for my sake and that of my children. I have done several researches without coming up with any concrete answer on this subject. Kindly assist in finding out answers either through books or references. Here are some of them:

Where does the name Africa come from? What does it mean? What language is the word Africa? Did Africans name it Africa?

I understand you are all very busy and so please take your time in coming up with possible answers.

We hope the information below answers your questions. Maybe some readers out there are also able to give you some useful references as well:

According to the United Nations Educational, Scientific, and Cultural Organization - better known as UNESCO - during the time of the Roman empire, the term became accepted as a replacement for the word "Libya" which meant the land of the Lebu or Lubins in Genesis.

Geographically, Libya meant only the north coast of the continent and at first, so did Africa. By the end of the first century A.D., Africa came to mean the entire continent. The etymology, the origin of the term Africa is not so precisely agreed upon and, according to UNESCO, its origin is credited to one of seven theories:

The Afarak, also known as the Aourigha, were a Berber people who lived south of Carthage. The terms Afarik or Africa were used to denote the land of the Afarak.

Some believe that the word comes from the Latin adjective aprica which means sunny or the Greek aprike, which means free from cold.

The Phoenician root faraqua, which suggests a separation or in other words, diaspora. The same root is found in some African languages, like Bambara.

In Sanskrit and Hindu, the root Apara or Africa denotes that which, in geographical terms comes "after," or in other words the west. From the geographical position of India, the Asian country from which the Hindus originated, Africa is the western continent.

Another school of thought states that the word Africa comes from two Phoenician terms, one of which means an ear of corn, which was a symbol of fertility in that region, and the other Pharikia, which means land of the fruit.

A historical tradition states that a Yeminiter chief named Africus invaded north Africa in the second millennium before our era and founded a town called Afrikyah. Some say it is more likely that the Arabic term Ifriqiya is the Arabic translation of the word "Africa."

Another theory states that Afer was a grandson of Abraham and a companion of Hercules."

Permission received to post this article here: "You have our full permission to use the said information using us as a point of reference but quoting the appropriate source as indicated in the said piece. We thank you for your in The African Bulletin. Best regards." The African Bulletin, http://www.mediablackberry.com/2003/03/letters.html
Join Destee.com today!

Ok people, tell me what your thoughts are about where the word "Africa" came from. I think someone else asked the question in a discussion here and it peaked my interest which is why I thought I'd do a little research and start a new thread.

Names were given to locations by someone and for reasons that made sense to them. Weren't you ever curious about the motherland and who named her and what it means?

I've offered some theories. Are they plausible?
S

Many people say the woird Africa originated when scripio Africanus defeated hannibal,and it was customary for Roman conquerors to name the territory after themselves.

The other theory states that the Phonecians settled Northern Africa,which was modern day Tunisa,and they incounbtered a people called the Afer.

The Afer was described by Virgil in his poem Moreitum as being fuscos[latin for dark],thick lipped,and with tightly curled hair.

From my reserch I tend to believe the second theory,and take note that many parts of Africa were called many different things by many different people.

Originally posted by NNQueen:
Some say it is more likely that the Arabic term "Ifriqiya" is the Arabic translation of the word "Africa."
Click to expand...

The name “Africa” is the Latinized form of the Arabic “Ifriqa” or “Ifriqiyah,” which means “Queen of Heaven.” This was the original name of Tunisia, the northernmost country on the African continent...

The original name of the East African country of Ethiopia was Abyssinia. “Ethiopia” was the name given to the country by the Greek colonizers, and it means, “land of the burnt faces.” The word “abyss” is derived from Abyssinia, and it means “a deep, dark hole.”

Africa : Are We Ashamed of our Blackness - Africa: Where black is not really beautiful
21 22 23

Africa : Did Ancient Black Races Know That Earth Is A Flat Circle 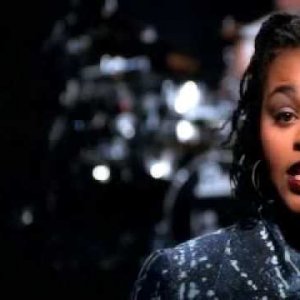