Black People : Where Did The Caucasoids Come From? Let's Set the Record Straight

Gee-Nah to have to conceal,
or to cover up
Heth (Blond Hair / Blue Eyes) Hittites Willat and
Sybele The Secret
Jebus (Black Hair / Dark) Jubusites Salimat /

What Was the Curse that was Place on Canaan?
When Canaan was Cused he was to be a servant unto his brother, Canaan was cursed with Leprosy. As a result of Albinsim a degenerative disease which left the skin pale and scabby manifested in his genes from his father Ham and his mother Haliyma. This curse was a physical curse of Leprosy Called
La'nah in Ashuric / Syriac / Arabic. Canaan was born pale and an Albino however he was a Nubians / Negroid Man. Canaan's skin lacked pigmentation and that is why he was pale.
What Exactly Is Leprosy?
The Bible, According to Leviticus 13: 30 - 37 gives various accounts of the signs, symptoms and the way that Leprosy actually LQQKs. Leprosy affect the skin, the eyes and the Mucus Membranes of the Nose and Throat. In rase cases it affects the Nerves. This disease is known to be Communicable and is caused by an organism called Microbacterium Leprae which produces granlar lesions in the affected areas the Torah Leviticus 13:14 describes what the traits of Leprosy are White Skin Leviticus 13:4 If the Bright [Be] white in the Skin of his flesh, And in sight [Be] Not deeper Than the Skin, and the Hair thereof Be not Turned White; then the Priest shall shut up [Him that Hath] the Plague Seven Days ... If we LQQK at the Aramic/Hebrew Word Used in this for White It is Lawban meaning White. It also describes Blonde Hair, Bible - Old Testament, Leviticus 13:30 (With Hebrew insert)
The priest shall examine the disease; and if is appears deeper than the skin, and the hair in it is Yellow and then, then the priest shall pronounce him unclean; it is an itch a leprosy of the head or the beard ..
In this Quote The Word used for Yellow is Tsawobe meaning Yellow (Blonde Hair) and how it was Dak meaning thin or fine. Neither one of these words describes Nubian / Black / Negroids with 9ether Woolly Hair make note that in Leviticus 13:30-37 it is clear that people with black hair are considered Clean and those who have yellow (Blonde Hair) are unclean. If one was to read the Bible in the Original Language which is in the Original Aramaic / Hebrew You would have a Better Overstanding of what El's Holy Torah is Really Saying like always don't believe me research this information ForYourSelf.

Well, I do appreciate your Biblical discourse concerning where they came from, and it's obvious that you results and intentions were in the right place. There is no doubt that they were black at one time in history. Of that there is no mystery. However, let me submit one word of caution. Do not try and use the bible as a history book, for it is anything but that. Some things can be found there, but in general, NO. All the same, it's nice that you were able to arrive at the same conclusion that scholars outside the bible have been saying for years....THAT THEY CAME FROM US. 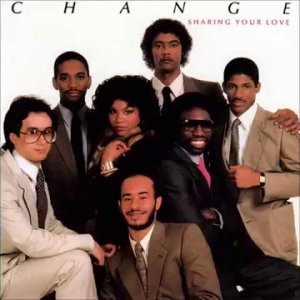