Black People Politics : When they were warned no one listened now what is the price America will pay?

Here are some questions:

Who is saying we should NOT have borders, just leave it open for all? Having open borders is NO sovereign border. How would open borders effect jobs? Housing? Social programs? National Security? Health? Economy? Our national strength. You and your family in the middle of a run on America? Let's start with the Math. How does that change your life? Anyone? Is the Trump admin. going to round up all undocumented Mexicans and send them home. Their plan is to work out an office of registration without worry of arrest. This will give them legal time with in the U.S. to apply for citizenship.

It is said that Obama care is going to fall in upon it's self because it doesn't have the financial capability to work going forward and for that reason doctors will refuse to use it by turning away patients. Insurance companies are refusing to use it? Insurance companies are already raising their prices. The quality of health care will go down. Where as competitive insurances with open state borders to it will create competition of pricing which of itself drives the costs down. With out a mandate requirement of all the nation for membership there will be no need for tax dollars to subsidize Obama care and therefore that money can go better for welfare and other needed social issues.

Do you really want the U.S. to remain with one active ship and an Airforce with old airplanes? Therefore we are no longer the strongest country in the world to protect ourselves. So who do you want that we should rely on as an ally for our protection? Would that be our longtime Best Friend Forever, Russia? ...who is building their military now. China with it's new navy and air force built on the oh so easy man made islands, for no particular reason at all? How about North Korea who is killing his own family and we can trust Kim with his twenty-five nuclear goal of missiles, having about fifteen already. His first strike will be Japan. Does that mean we can rely on Japan as our military savior? Did you know that Iran and N. Korea are besties?

The British have Syrian and Afghani cloistered nationalists within their country like islands. So how is that going to go? Can we count on the British? Or do they have a big problem of their own?!

This is what Trump is actively working on now. So you are against these, his National projects? Why?

Black People Politics : Nonvoters Are Dissatisfied With the Two Parties _ The Last Four Years Trump Admits Were Handed to Him .. Don't Do That Again

Black People Politics : What were the political components surrounding the Queen of Heaven?

Black People Politics : Remember when presidential campaigns were like this? 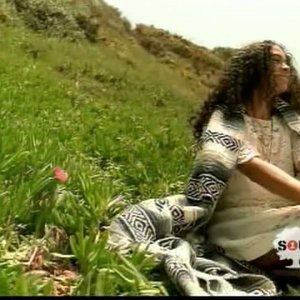