jamesfrmphilly said:
i have now had a couple people tell me they will not go on facebook.
will someone tell me what is the down side of facebook?
Click to expand...

Don't do it! Facebook is part of a gigantic surveillance network that work with Visa, Mastercard, Discovery Card, Yahoo, Google, Linkedin, MySpace, all of the major social networks are being paid billions to integrate to Homeland surveillance network, including phone networks, they already in all smart phones including all texting and pics, and all cars built after 2006 in the US at least. This is why I believe that 911 was perpetrated by fascist oligarchs that run the big central, investment and international banks, corporate and military manufacturing kingpins as an excuse to fund a perpetual war against terror and strip everyone on the planet of their rights to privacy from a world wide surveillance network, not just centered in the US, at least all major western countries are part of it.

The reason I came to Destee is because it is anonymous but that does not really make a difference because they can still see the IP addy's that visit Destee and that is all they need to figure out who you are and track you if they want to. Also your text content will expose you. Let's say you mentioned you sold a black VW car 5 years ago and but without mentioning you bought some cool seat covers for it. Each and everyone of us have a numbered robot file and all it does is gather information on your credit card, internet and phone activities. The Robot is able to read what you typed and relate that to your activities that have been digitized. That robot will ID you because it has your IP, home address, SS#, phone numbers every thing digitized about you. You bought seat covers for a VW Bug with a credit card and will connect any other digital activity you had in connection with that VW over the years, Bingo.

But no one is specifically interested in you but if you type the wrong phrase or say the wrong thing over the phone to the wrong person or website that robot file will notify that you are a person of interest and may constituted you as a threat, an automatic warrant is issued to have human eyes put on that robot file and look into your activities from then on and if they are really interested in you they may watch and listen to you in real time.

Also Black boxes have been installed in cars beginning in 1996 and is used as a source of info in countless criminal cases to show how fast a driver was going when he or she slammed into pedestrians or another car but GPS chips are in all cars built since around 2006 some as early as 2002 and that allow other entities outside of you to know where your vehicle is traveling and can also take control of it depending when it was built since 2006.

We don't live in democracy anymore and the governments are being controlled by a clandestine group of oligarchs that own the Central and Investment banks and transnational corporations. As long as we don't perceive them interrupting our lives it will continue to grow into something our children and grand children will automatically accept as natural as air, food and water and completely treated as objects and expected to be obedient organic robots.

Once they get the facial recognition network up and completely running it will be almost Omnipotent, but the last piece of the network will be a very small implant that we can eat without knowing that can track and ID us, this planet will eventually become an totalitarian oligarchy. It can be defeated but so far its moving full steam ahead.

This is real and I'm sure I am speaking to the choir, millions of people know this is happening and as long Big Brother can be perceived not interrupting our private lives the masses will allow it to grow and be completely integrate in our personal lives. This is really about complete world domination and compliance to an elite group of rulers.

dunwiddat said:
I have been invited by friends of mine to join Facebook. I am not interested. I have no intention of posting my personal information on a website where millions of people can see. As a rule I only go on Destee and another Christian website. I personally believe that my time should be used wisely and being on Facebook is not my cup of tea.

you would fit right in.

So far, I'm not on Facebook but it probably makes no difference, I'm nobody they would be concerned with anyway. Just the fact of it is wrong.

Science and Technology : Big Bang breakthrough team allows they may be wrong
9 10 11

Science and Technology : Is it possible that we got cause-and-effect all wrong?
10 11 12

Science and Technology : Black people use Facebook more than anyone. Now they're leaving

Internet Technology : Snopes pulls out of fact-checking partnership with Facebook

Science and Technology : Google and Facebook Have Failed Us Again
2 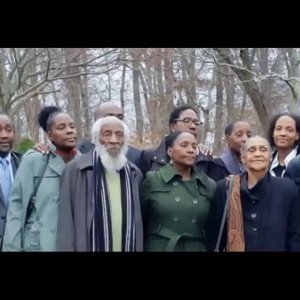