Black Spirituality Religion : What Version of the Bible do you read???

Heres a question for any and all

I found this artical in my emails this morning and it got me thinking about what version/perversion we might be reading.
What version would YOU tell someone to read?

The New, New International Version Bible (NIV) was released earlier this month on the Ides of March - an occultic high holy day. It was launched amid much fanfare and hoopla claiming that this version will really relate with young people in a language that they can easily understand. We're not sure how they'll relate to it, but it seems to us that using the term NNIV would be a better reference than NIV because folks won't know which of the two versions you are referencing. Of course, maybe they want us old-timers to be confused.

There is a big difference between the old and the new version. The old version has been perhaps one of the most "attacked" versions of all the published, modern, English versions. The original NIV was accused of not being faithful to the original texts. Our A-O studies over the past years since the NIV came out have shown to us that the NIV is indeed NOT a faithful text at all. No version or translation can be 100% faithful to the original, in part because of the nature of language itself. There are some things you can not translate well without becoming exceedingly "wordy." It can come to the point where a translated passage can not be perfectly translated because to do so makes the entire segment too wordy or clumsy to fit the grammar of the language being translated into. Thus it is unable to fit with a correct grammatical rendering to the translated language.

For instance. There is one passage in the New Testament Greek that is totally and completely untranslatable and maintain its exact meaning from the original Greek. That passage, Ephesians 2:8 says:

"For by grace are ye saved through faith"...

Let’s look at that word “saved.”

The word "saved" is actually a "perfect participle" in the Greek text. So What? What does that mean? This should be your question to ask us. We’ll do it for you. So What? So the word is and means …

Again, you should ask “So what?”

Now that is all one big mouthful. Wait until you see its meaning translated. It’s hard to grasp how a single little word can be almost untranslatable.

The passive perfect participle as explained below means:

#1. to save, rescue, preserve safe and unharmed, to keep safe and sound, to rescue as in to rescue from danger or destruction. To bring safely to. To deliver from. To set free from. All can be physical or spiritual in nature or both. To change one's mind - convert.

#2. to save or deliver from the penalties of the Messianic judgment. To be a partaker of salvation by Christ. To save from eternal, physical, spiritual death. The action of saving is done by someone on behalf of someone else. To be saved recquires normally the actions of another who is not in jeopardy.

Sooooooo. Let's put together what we've already got.

Actually, to faithfully reproduce the meaning would mean to never stop writing - forever. Now, how are you ever going to translate that into English?????? - The answer is that -- "You can't translate that fully and effectively into English and not have it break the normal English grammar and sentence structure and still be faithfully accurate to the original Greek text. Keep in mind that we haven't even finished with the phrase let alone the original Greek sentence itself.

So translations are not all that they're cracked up to be. They are not perfect. Despite what the King James Only “wingnuts” would tell you, the King James Version is not infallible. It is very much imperfect as any other English version albeit not quite as profoundly imperfect as some, such as the old NIV. Of course this does not sit well with the cultists known as “KJV-ers only.” They have indeed become a cult unto themselves. We’ll deal with that separately in a later article but we digress from the main point of this article, a new NIV Bible version.

Now, we've got a new "politically correct" version of the Bible pretending and masquer-ading to be a conservative Bible translation. Make no mistake. The NIV was a BAD, BAD translation that could and has led many into doctrinal error. Now the new NIV or the NNIV as we'll call it, will in our best guess lead to the rise of the Antichrist either sooner or later. The political correctness in gender will now open the door for worship of the MOTHER OF THE HARLOTS, Ishtar - chief goddess of Babylon - also known as the Statue of Liberty/Freedom. This concept will soon roar into more and more churches albeit primarily the liberal churches.

Look for open, out and out sexual degradation within the evangelical and fundamentalist community in America the longer the Lord tarries. Given enough time, ministers will be annointing their women with a "holy spirit annointing" of a sexual nature. It is already happening in Europe with instances reported in Britain in which sexual relations are performed between a minister and a parishioner to give a special holy spirit annointing to carry forth the "gospel" but it is not the saving Gospel of Jesus Christ. It is, instead another gospel that is not salvation.

But we digress from our main point. The NNIV is an abomination. It twists and distorts what was originally written in a manner that will permit the rise of the Antichrist one way or another. It opens the door for other translations to be published that will be far, far worse. Such future publishing ventures will even more deliberately inject false doctrine to the point where it will be biblical to worship the Antichrist and the Mother of the Harlots.

Let me repeat that again. At some point in the future we can expect that it will be perceived to be biblical to worship the Antichrist and the Mother of the Harlots IF the Lord tarries long enough.


There are hardly any churches left in America that are doctrinally sound and presenting the doctrinally correct and accurate gospel of Salvation by grace through faith alone and not by works. Most churches, especially the super big ones and the ones on TV, when you carefully examine them, they present a social gospel and everyone of those that I’ve investigated preach a gospel of “works + faith” for salvation. As the Holy Spirit through the Apostle Paul put it in Galatians chapter 1, verses 6 through 9, those who wish to add to the grace/faith concept are eternally cursed, cut-off from God and damned.

Earlier, we mentioned that the NNIV came out on “the Ides of March” a very occultic day in the world of witchcraft and the occult. Is there any significance to that choice of release dates? Perhaps there is. We would guess excuses could be “spun” to cover up any true occult reasons. We however do wonder if indeed the date was chosen for the occultic benefit. Everything else the Illuminati does fits precisely to their calendars. This tends to lead us to suspect that the NNIV is indeed an Illuminist version or revision, one of many more yet to come.

So, this is why we are so concerned when errant Bible versions are published. Such efforts lead to further apostasy that will culminate in divine judgment. No wonder Christ asked if he would find any faith left on the Earth when He returns to pull the Church home to safety.

Next time your in a bookstore where the new NIV (NNIV) is on the shelf, just remember it is but the latest in a series of “politically correct” versions designed to bring on the Antichrist, false worship and eventually Divine judgment.


Have nothing to do with the evil deeds of darkness,
but rather reprove them. Ephesians 5:11
R

I usually use the King James Version to reference from.

Not because it's perfect.

But because it's the most original of bibles in circulation today and most others were revised from it.


I actually like to read and study the Catholic and New Jersusualem bibles because of it's insightfulness, commentary, and the extra books they contain.

I preach from the King James version of the bible, but I use several different ones to study from such as the amplified and the new king james version.

Has anyone sought to learn the original Aramaic and Greek Bibles?

Most of the nuances and statements from Semitic and African tongues could not even be translated into the Greek, Latin, and Roman languages. Not to mention this Devils tongue of English.

Why do we continuously seek the "wisdom" from tainted languages?


I read the KJV, and no, it's not "perfect", but it is the best to read if one doesn't know any Hebrew; I state this from experience, and by what others have stated also, who do know Hebrew. It gives all of what one needs to know in wisdom of the Father without cutting things out for "convenience" or because of a word being obsolete. I do read other versions sometimes to get a feel for what is being stated, but only rarely do I do this.

The KJV bible is also very poetic in its words, and I feel this makes it easier to connect to as well.

But in all, the faithful will understand what they need regardless of the version, so long as they keep faith in the One who died for us unto salvation, and belief in the One resurrected the 3rd day, which has brought our redemption. Nothing can stop their journey on the road of righteous, for the Father does guide them and the Son does lead them. In He have we light, life, and understanding.

Mar 21, 2010
medusanegrita
M
I
Black Spirituality Religion : A Chronology of the Bible, a Challenge to the Standard Version. 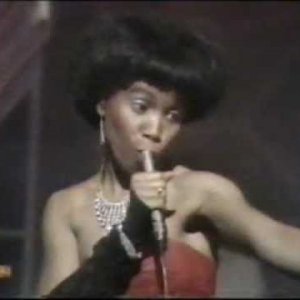