Destee said:
In fact, it's oftentimes the most "so-called learned" of one path, that attacks the other path.

Seems the most learned would exemplify the most wisdom, love, patience, and understanding.

Yet that is rarely the case, no matter the path.

This compulsion, built into most all paths, has us acting way outside the natural order of things.

Again, as i stated earlier, I believe that this compulsion stems from being hand fed deceptions and therefore, if wee looked deeper, I believe that there are some religions that compliment each other. It's not built in mostly all paths but has been put there by white and eastern people when they were given the opportunity to do so in order to cause dissention:

I love this question and have a wonderful response. although I have not read any of the following responses yet, based upon other experiences, I feel that some Black African Americans might believe negatively towards other religions due to believing in what has been handed to them and therefore, have not searched deeper. There are definitly spiritual paths that do not diminish others, especially in regards to Black African people. Just off the top, and as a Christian, I like to mention at least two spiritual paths that compliment Christianity; (1) the Muslim religion, and (2) Mazdaiism, and there are probably more. But the problem is, or rather, the deception is based upon what we here in America have been handed in regards to these 'life paths' of which perhaps causes some of us to try and strike each other's life's paths down. But if we were to look deeper into the origins of these that I have mentioned then they are actually set up to compliment each other and not diminish.

Based upon my research, The Muslim religion that we here about today is practiced by many Arab people, but the actual Muslim religion goes way back thousands of years before the Arab people the base their spiritual paths upon the Koran and their leader, Muhammad. In other words, the ancestors of the Arab people at one time believe in another spiritual path for thousands of years before the Koran was composed and defined as being 'a muslim religion'. But when they reformed under Muhammad, they began to define their religion under the heading of being Muslims. But prior to that time, Arab people were not Muslims but practice other kinds of religions.

Mazdaiism is based upon the Persian people of ancient times and based upon my research, it stems from the time of the Persian empire and the original Persian people who lived in present day Iran and thereabouts. this religion in its essence compliments the core foundation of Christianity and the Muslim religion as well.

I also think that Buddhism in its origin compliments other religions as well and I know an Islamic man, an African American man who is very open to studying Christianity and believes that we should apply both for the betterment of black unity. He says that not all of what is about Islam is beneficial for the Black man and woman in America.

Again, I say that the Muslim religion is old and in its origin, it was a monotheistic religion thousands of years before the Arabs reformed it under Muhammad, and this is the confusion. The earliest Muslims were Black African kings of whom went astray and began to be flattered and accepted idols from eastern and asian people and then they became dubbed as 'idol worshipers' and were eventually overthrown. Then their oppressors took over their religion and defined it as being their 'monotheistic' religion and this is the confusion. The Arab people were the one who were the idol worshipers, not the original Muslims of whom were Black African-type people. This is the confusion, we have lost the true history and have been accepting deception with regards to the origins of the Muslim religion and also, Christianity as well.

the origin of Christianity is monotheistic, but White European people redefined it as being a religon of 'many idols' and have redefined it as such. And this has been done to strike against the religion and to cause dessention amongst Black African people of whom allowed eastern and asian people to dominate their lands and people.
***The Star of Bethlehem***

Destee said:
I don't know anything about Buddhism, though we have a forum for it here!

Maybe you can teach me more about these?!

Love You and Thanks!

the 8fold path is the set of rules that guides buddhism

New age is a philosophy that centers around consciousness or the relationship btw ya mind & the world...however new age has No set of rules so its like hinduism in tht matter

Folk act as though theirs is "spiritual" while the next person's is "religious", and they attack from this perspective. It's still an attack, still an attempt to diminish the other person's relationship with the Creator. All of them, spiritual or religious, are virtually the same. The difference between the two words are often vague, like man made vs god made, with no easily definable delineations.

That just creates more room and reason to attack each other, and has been used for that purpose.

Yes, that's true too, folk change paths, and are as zealous about the latter, as they were the first.

I think i just witnessed an under-handed RELIGIOUS 'attack' on islam. Diminishing it under the guise of research in a thread asking:

So i guess we can count out one 'spiritual path'!

MiKe said:
the 8fold path is the set of rules that guides buddhism

New age is a philosophy that centers around consciousness or the relationship btw ya mind & the world...however new age has No set of rules so its like hinduism in tht matter
Click to expand...

you've definately grown a lot since you first got here.....

Black Spirituality Religion : Is the spiritual path filled with lot of stress

Black Spirituality Religion : Spiritual knowledge is the most complicated path 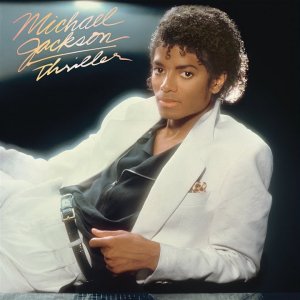