What happened to the money given to banks to provide loans??

this just in from reuters

A plan to give to the Fed new powers to monitor "systemic risk" posed by large financial institutions is one of the most controversial elements of President Barack Obama's plan to rewrite Wall Street regulations.

Critics of the idea fault the Fed for failing to anticipate the 2008-2009 financial crisis and contend it should not be given such a broad regulatory role.

Frank said legislation could potentially require the Fed to share some of the oversight powers with other regulatory agencies.

"As to the systemic risk regulator, there's agreement on who should do it," he told Reuters in an interview.

Continue to give the foxes more power over the whole chicken coop?
Weren't the Fed just under investigation a minute ago?
Judge Orders Fed To Disclose Who Received Bailout Trillions
Posted By admin On August 25, 2009 @ 9:10

A New York District Judge has ordered the Federal Reserve to disclose the destination of around $2 trillion dollars in bailout funds after the Fed failed to convince the Judge that the records should be exempt from the Freedom of Information Act.
“Manhattan Chief U.S. District Judge Loretta Preska rejected the central bank’s argument that the records aren’t covered by the law because their disclosure would harm borrowers’ competitive positions. The collateral lists “are central to understanding and assessing the government’s response to the most cataclysmic financial crisis in America since the Great Depression,” according to the lawsuit that led to yesterday’s ruling,”

And what about Bernanke?
why is he still in?
Another criminal


New revelations from the New York State Attorney General’s office have all but proven that Federal Reserve Chairman Ben Bernanke and former Treasury Secretary Hank Paulson committed bank fraud crimes in the case of the Merrill Lynch/Bank of America merger that took place last year. New York State Attorney General Andrew M. Cuomo revealed that Paulson and Bernanke illegally suppressed adverse financial data on the merger and threatened to replace the Bank of America CEO and board of directors if the company backed out of the Merrill Lynch merger. “Secretary Paulson has informed us that he made the threat at the request of Chairman Bernanke,” Cuomo wrote in an April 23 letter to Congress.

so the question remains

what would cause an intelligent young progressive Black Democrat , promising change,
appoint more power to, what history tells us is the apparatus that caused the great depression in the first place, and controls the US economy from white supremist descendants of colonists and slave shippers in England? 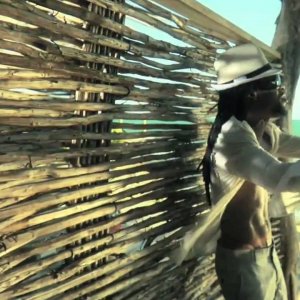