Black People Politics : What is going on in North Korea?

so why don't you put all that interesting stuff in your profile?
Click to expand...

magyarmaiden said:
No, I am from Hungary. It is to the west of Romania.
Click to expand...

Thanks for joining us and sharing!

I'm beginning to think that it's America that has something to gain, though I have no idea what. It may not be North Korea instigating this fight, but rather, who the media wants us to believe is the instigator.

I guess time will tell.

Thanks for joining us and sharing!

I'm beginning to think that it's America that has something to gain, though I have no idea what. It may not be North Korea instigating this fight, but rather, who the media wants us to believe is the instigator.

I guess time will tell.


Thanks. You must be the owner, nice to met you.

I dont know, because, what does the U.S have to gain in a war against North Korea? Could this be a plan to deny China from having an "ally" in the region? I dont know, the U.S already has South Korea and Japan as allies. But if that is really the case, then this could potentially become a Cold War between China and the U.S.

Looking it to the other side, could this be a plan by China to deny the U.S from having allies in the region by using North Korea like a weapon? Maybe even Russia is involved in this. This is just speculation, but that is the only logic explanation I can think about this war, because both North Korea and the U.S have nothing to gain, at least superficially.

I just read this. This is getting tense. If you are in Hawaii, you may want to leave.


The North Korean army said Thursday it had final approval to launch “merciless” military strikes on the United States, involving the possible use of “cutting-edge” nuclear weapons.
In a statement published by the official KCNA news agency, the General Staff of the Korean People’s Army (KPA) said it was formally informing Washington that reckless US threats would be “smashed by… cutting-edge smaller, lighter and diversified nuclear strike means”.
“The merciless operation of (our) revolutionary armed forces in this regard has been finally examined and ratified,” the statement said.
“The US had better ponder over the prevailing grave situation,” it added.
North Korea had threatened a “pre-emptive” nuclear strike against the United States a month ago, and last week the supreme army command ordered its strategic rocket units to combat status for strikes on the US mainland and US bases in Guam and Hawaii.
“The moment of explosion is approaching fast,” Thursday’s statement said, adding that a war could break out on the Korean peninsula “today or tomorrow”.
“In view of this situation, the KPA General Staff in charge of all operations will take powerful practical military counteractions in succession,” it said.
Despite a successful long-range rocket launch in December, most experts believe North Korea is years from developing a genuine inter-continental ballistic missile that could strike the mainland United States.
Hawaii and Guam would also be outside the range of its medium-range missiles, which would be capable, however, of striking US bases in South Korea and Japan.
The army statement said responsibility for the current crisis “entirely rests” with the United States, citing the participation of nuclear-capable US B-52s and B-2 stealth bombers in ongoing joint military drills with South Korea.
“Never has the whole Korean peninsula been exposed to such danger of a nuclear war as today,” it added.

Lift the sanctions against North Korea.. and allow them to join the world community. It's as simple as that. Integration with the rest of Asia will soften those hardened lines. The Rodman thing was a sure sign of their willingness to ease tensions. It is their country.. their region. Sovereignty has to mean something..

Black People Politics : Who's going to step up next help me understand why is my color the enemy

Black People Politics : Well this is what you wanted White America so what are you going to do now?
2 3

Black People Politics : Obama: ‘This is going to be a browner country’ 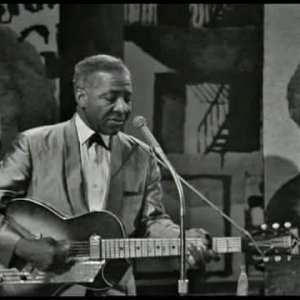