Black People : What If We Were Just Passive Complainers Durning The Event Of Chattel Slavery And Jim Crow Segregation???

What If We Were Just Passive Complainers During The Event Of Chattel Slavery And Jim Crow Segregation???

As Long As We Remain, Religious Believers, We Will Remain Being Below The Worth Of Spit To The Black World.

Yes, What If We Were Just Passive Complainers During The Event Of Chattel Slavery And Jim Crow Segregation like we are now.

Black Afrikans in America and elsewhere would not be able to pretend to have overcome the lies and deception of that white racist unjust prejudice Luciferian Human Being, your Black behind would not be able to be with approval of all the anti-nature introduction that Homosexual, Gender changing white perverted racist unjust prejudice Luciferian Human Being is having your Black behind to now be adopting as being acceptable behavior today.

From my seeing vantage point, I can't be satisfied with what I see Black Afrikans have become today, and what I see of how Black Afrikans in Afrika is no longer the protector of the Mother Land and yet we Black Folks of a Universal Origin can sit around doing nothing to reintroduce ourselves to Freedom again, my, what a pitiful and sad Race of Black Afrikans we are today, incapable of being made to be ashamed of our Black does nothing for self behind today.

Yet, Black Folks who believe such self-defeating statement of claim, do so as a way to justify your Black behind from having to get up off of your docile behind and confront that white racist about unjustly withholding our Enslaved Afrikan Ancestors Reparation/Repatriation, which represents Black Afrikans and Afrika Freedom in Afrika.

The things so-called Black Folks do and say today to exonerate the brand new Black Afrikan in being infested with mental self-ignorance, talking about and being involved in everything that has to do with maintaining the elevation of that white racist unjust prejudice Luciferian Human Being against Black Afrikans ever becoming Free and Independent, make me wonder where is such so call modern-day Black People are coming from having not the desire to become Divinely Free which can only be when in possession of our Divine Mind which originated in Freedom, Justice and Independence, and with such a quality of mind guiding Black Afrikan people, in no way in this hellish world will a Divine Black Mind be talking about what that white racism, is not going to do for Black Afrikan people, hell, no racist unjust prejudice Luciferian Human Beings are not going to come voluntarily to your front door and hand to you your freedom, is that the way they came in possession of taking Black Afrikans Freedom away from Black Afrikan people???

A negro talking about what the white racist unjust America is not going to do for your Black behind and with the same breath talking about our need to unify as if there is a difference in being unified than being free, that is a nonthinking defeatist negro who has settle for being a servant at the feet of our oppressors and having no will and drive to become what it takes to become free and rising and demanding our Enslaved Ancestors Reparation/Repatriation be in possession of our Enslaved Afrikan Ancestors, that is what will have Black Afrikans and Afrika to become Free again, beloved.

Whatever Black Folks are doing today and it is not about collecting our Enslaved Ancestors Reparation/Repatriation, then you have no covenant with Freedom and a mind that is not free, believe everything a profane Mind tell you to believe and believe is a demon to the Divine Truth and Reality about the Divine Essence of us all, and the Self relationship to that eternal Infinite Essence, God, Dark Energy Intelligence.

You see, the first step toward Freedom is to engage your self in a Divine Black Afrikan Spiritual Retreat, it's the way to have your Divine Mind to return to Black Afrikan people and then will we be ready to make plans to collect our Enslaved Afrikan Ancestors Reparation/Repatriation, such a Divine Mind sees no defeat in making effort to collect our Afrikan Enslaved Ancestors Reparation/Repatriation which represents Freedom for the Black Afrikan Race to be in Afrika!!!

So, First Seek You The Freedom Of Your Divine Mind And Then Will You Be Able To See Divinely Again, being in possession of your Divine Spirit, which requires freedom from the Divine Mind, beloved.

Log in
Similar threads
Black People : VIKINGS MAY NOT BE WHO WE THOUGHT THEY WERE, DNA STUDY FINDS
Black People Politics : Nonvoters Are Dissatisfied With the Two Parties _ The Last Four Years Trump Admits Were Handed to Him .. Don't Do That Again
Black People Politics : Steal the Vote By any Means - these were received by voters in N. C. on August 13, 2020
African American History Culture : Slavery in the US: Here are seven things you probably didn't know - were connected to slavery
Black People Politics : What were the political components surrounding the Queen of Heaven?
Black Christians : Why did Jesus on the cross pray to God to excuse His offenders since they were ignorant?
Black People : Government Paid Reparations For Italian Americans Who Were Lynched
African American History Culture : Her ancestors were enslaved in the U.S. Now a Trump decision could lead to her deportation to Africa
Black People : the Gullah people were facing Gentrification / Florence made things worse
African American History Culture : Bodies Found At Texas Construction Site Were Black People Forced Into Labor — After Slavery Ended
Black Poetry : Flow well but like a hotel change hands after strange plans were received make a hot choice and at t
Black Poetry : Flow well but like a hotel change hands after strange plans were received make a hot choice and at t
Beauty - Hair Care - Fashion : Female slaves were forced to wear headwraps because white women were jealous
The Police : Police Killed More Than 1,100 People This Year and a Quarter of Them Were Black
Black Men : Men who were sexually assaulted by women share their stories - and how their friends reacted
African American History Culture : New York City penthouses were originally built for servants, until rooftop gentrification moved in
Black Ancestors : Our Ancient Ancestors Were Forced From Africa 60,000 Years Ago by Climate Change
Black Entertainment : Just When Even Her Own Were Readying The Noose GOD Set Things Right
Black Spirituality Religion : the concise refutation of those who claim that the children of israel were the children of kush
Egypt : What Race Were the Ancient Egyptians?
Black People : If you were a psychologist could you bravely warn the world about Trump's poor mental health
Black People Politics : trump-supporters-were-more-motivated-by-racism-than-economic-issues
Black People Politics : When they were warned no one listened now what is the price America will pay?
Law Forum : Teen who ran into church nearly naked admits gang rape claims were a hoax
Africa : An annual Africa trade meeting was held with no Africans. Visas for all 100 African delegates were d
Health and Wellness : doctor-wont-be-charged-for-death-of-a-patient-whose-screams-were-muffled-with-a-towel
Black People : 24 Girls Who Were Kidnapped By Boko Haram Will Get Education Paid For By Black Billionaire
African American History Culture : Black Americans Were Never Slaves
Black People Politics : Remember when presidential campaigns were like this?
Brother AACOOLDRE : Were the ancient Phoenicians Black?
Black People Politics : Bill O’Reilly says White House slaves ‘were well-fed and had decent lodgings’
Black Poetry : HE SAID: episode plays that in those days spirits were brave while i drop lyrics // on the pave, jus
OldSoul : Did You Know That Thousands Of Free Black People Were Killed In Concentration Camps In The U.S?
Black Positive People : If You Were Gifted Solar Panels in Oakland, Prince Likely Paid for Them
Black Women : In 1968 when "Black women wore afros they were "Black & Beautiful in 2016 they are called "ugly"
Brother AACOOLDRE : The Herod's were Arabs
OldSoul : Jesse Owens Was Brave. So Were These 17 Other Black Olympians.
Black Poetry : My flow stays in those days when men were brave the stakes high and fakes try steal your pride with
Black People Politics : The Racial double standard of the new Bundy family standoff: They’d be killed if they were Black
African American History Culture : 5 CITIES THAT WERE BOOMING FOR AFRICAN AMERICANS IN THE EARLY TO MID-1900S
OldSoul : how black owned businesses were wiped out during the Civil Rights era
Black Money Business Jobs : Who were or are the black business owners in your states??
Black Women : Shocking History: Why Women of Color in the 1800s Were Banned From Wearing Their Hair in Public
The Police : If Daniel Holtzclaw’s Victims Were White, Everyone Would Know His Name
African American History Culture : Untold Black History: "Blacks" were the 1st Americans
Brother AACOOLDRE : How blacks were thought of in the Declaration of Independence
Brother AACOOLDRE : Slaves were fed like Pigs
Black People : Over 100 People Were Killed by Police in March. How Many More Will It Take?
Brother AACOOLDRE : The Reasons the Gospels were written
Black Entertainment : Method Man Said Police Who Were Shot In Ferguson ‘Reap What They Sow’
Share:
Facebook Twitter Reddit Pinterest Tumblr WhatsApp Email Share Link 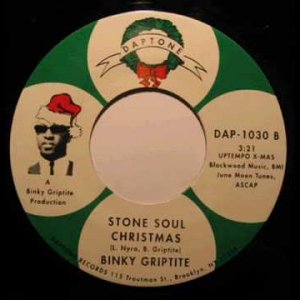