Black People : What ever happened to Progressive Democrats??

with a majority in the House and the Senate, who are they bending over to??

By DAMIAN PALETTA and KARA SCANNELL
WASHINGTON -- Congressional Democrats and the White House are softening some elements of the Obama administration's proposal to overhaul financial-market supervision as they begin a push to win broader support for the bill.

So far, Democrats and the White House haven't budged on the main tenets of the effort, which include tougher regulation of the country's largest financial companies and the creation of a new agency to protect consumers. But the changes are nonetheless significant and could eliminate some of the more polarizing aspects of the plan.


Treasury Secretary Timothy Geithner testifies on Capitol Hill Wednesday.
Republicans remain opposed to many parts of the proposal, and Democrats will have to count on broad support from within their ranks. Some of the changes reflect ideas pushed by conservative Democrats, which suggests an effort to ensure the party lines up behind the bill.

House Financial Services Committee Chairman Barney Frank (D., Mass.) told lawmakers the plan would no longer require banks to offer customers "plain vanilla" versions of products such as mortgages and credit cards, one of the more populist components of the White House's proposal that had become a lightening rod of criticism from conservative Democrats, Republicans and business groups.

He also said he would limit the types of companies that could face scrutiny by a proposed Consumer Financial Protection Agency by excluding real-estate brokers, accountants, retailers and others that aren't banks or financial-services companies. Rep. Frank said he felt that in some areas the White House had "overdrafted" the bill.
EXCLUDING REAL-ESTATE BROKERS???
Treasury Secretary Timothy Geithner told Rep. Frank's committee Wednesday that he was supportive of the changes.

More
Congress Seeks Credit-Card Rules Sooner Banks Face Continued Push on Fees Wash Wire: Regulators, Lawmakers Tussle Text of Geithner's Remarks Meanwhile, Sen. Jack Reed (D., R.I.) introduced a bill to regulate derivatives that doesn't go as far as the White House's proposal, which would have required that complex financial products be traded on exchanges or electronic markets. His bill would require banks to process standard contracts only through a central clearinghouse. The White House has said trading contracts on exchanges would improve the transparency of a complicated market.

Plenty of questions remain, such as the future role of the Federal Reserve and how many bank regulators there should be. Many lawmakers in both parties want the consumer financial agency scrapped or further limited. But the moves this week by Democrats suggest they are willing to tailor parts of the bill to get broader support -- up to a point.

"There are some concerns, but [Mr. Frank] is doing a good job of balancing concerns," said Rep. Melissa Bean of Illinois, an influential conservative Democrat who opposed the plain vanilla proposal. "I think there is a likelihood of support for the legislation because folks have been involved in the process."

Other changes could be coming. The banking industry and Comptroller of the Currency John Dugan have criticized a plan to give states the ability to enforce consumer-protection laws against national banks such as Bank of America Corp. and Citigroup Inc. Mr. Frank has long supported such a move, but Wednesday acknowledged it was a controversial issue and that its future still hadn't been resolved.

"It is something under discussion," Mr. Frank told reporters.

Mr. Frank said he opposed an idea floated by Senate Banking Committee Chairman Christopher Dodd (D., Conn.) that would consolidate the supervision of banks under one federal agency. Mr. Frank suggested a compromise might be a new federal regulator to oversee nationally chartered banks, with the Federal Deposit Insurance Corp. overseeing state-chartered institutions. 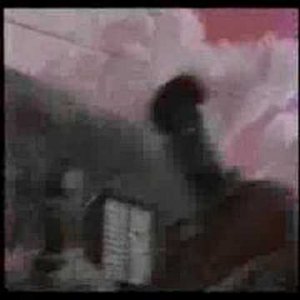